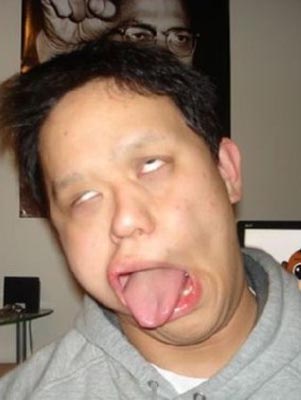 I stuttered for over fifty years. There was nothing funny about it. Then, over a very short space of time, it fizzled out, disappeared, and hasn’t been heard from since. I was left trying to discover exactly what had happened, and why, to have so completely routed this demonic possession of the vocal cords.

Nobody who is not so afflicted even begins to understand the havoc stuttering wreaks with one’s life.

While there are many different kinds of stutter, and in varying severities, even a mild one is devastating. After all, in an age where every kind of disability is something to be celebrated, renamed to something wonderful, and fully funded, protected and transparent, if you think about it, stuttering is probably the only one that nobody actually even thinks of as a disability.

Instead, one is usually seen as stupid, as opposed to retarded, which of course, is a wonderful thing to be, and can get you a great job in the U.S. Department of Justice. And of course, all of this is fine, except when you have an exceptionally high I.Q., and are sensitive enough to hear bats and see well into the infra-red.

Well. Having, through my own efforts, finally effected a cure, homed in on how it was effected, and effectively filtered out the useless, I embarked upon a benevolent foray to several Stuttering Forums, to spread the miraculous news. There are forums for everything, these days, where people insult each other, get upset, pose as experts, pointedly ignore facts, and behave like Prima-Donnas.

I persevered for some considerable time, feeling â€“ I imagine â€“ very much as Jesus did, seeing the seeds he sowed fall on stonier and stonier ground, while he was ridiculed, loathed, suspected of heinous crimes and ulterior motives, etc. Happily, I did at least manage to escape being crucified. Physically, anyway.

What I discovered was that stuttering forums are not really about collecting information to go about curing oneself. They are sympathy and rage fests, for victims who insist on remaining victims, because that is all they know how to do. Perhaps I am incurably naive, but I was endlessly amazed at the utter impossibility of communicating with these people, on any level. Even though, for far longer than most of them had been alive, I had suffered from one of the worst stutters ever known to mankind.

I was there, you see, in the opinion of many, simply to boast, and gloat and make myself look good at their expense. And if, indeed, there were any who could understand that I actually had a sincere wish to help them become free of their terrible suffering, then they did not say so.

I do not give up easily. I tried many tacks and many styles. I tried very hard to not become angry at the unending pointless frustration. The only thing I would not do was lie.

But it was all to no avail. Today is the day I gave it up and walked away.

People cannot be helped. You cannot help them. It simply isn’t going to happen.

Saving the world makes people â€œlookâ€ good. But it doesn’t â€œmakeâ€ them good. I suspect it doesn’t do much for the world, either, when you get right down to it.

People are selfish, disinterested parasites, in general, and I wonder that it has taken me so long to understand that. I don’t remember it always being so. But it is largely that way now.

In fact, one could say: for the population-at-large, any possibility of hope is a doomed exercise.

If there is any hope at all, it must surely be for the few remaining ones who are not completely beyond help. The ones who can still perform higher human functions, such as listening, considering, evaluating, discriminating, prioritizing, creating, adapting, etc.

I still feel for the stutterers. I know exactly what it is like for them. I wish I could help.

Leadership | Equality is a false hope