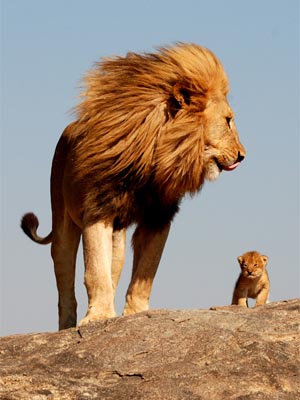 One of the key concepts I developed in the course of writing for this site is leadership.

Leadership is the notion that some person or group demonstrates excellence, and then we delegate to them authority, and they use that authority to figure out the best path forward and then take us there.

“Forward” can get confusing. The false forward, more properly called inward, occurs as we move closer to total human solipsism. When you find that suddenly everyone’s worries, fears, doubts, social needs and equal right to a generous salary have taken over your society, you have moved “forward” — past reality. Collapse isn’t far behind.

In the truest sense however “forward” means into the future. This is not a projected moral future, like the progressives want, or even a linear time (just sit still: you’re moving into that future). It is the notion of growth without expansion, of choices to be made, and most of all, of keeping a consistent path.

A leader is someone who figures out what his society is about, and discovers the next step in its evolution. This is growth by getting better, not bigger, and moving forward by finding new ways of being what one always has been: more efficient, more effective, more detailed, more adapted to reality.

Modern society is opposed to leadership. Leadership — in the time of infinite kings, when each person thinks he or she is a monarch of his or her own desires and constant self-expression — is a taboo. It puts one petty king above the others. At least, that is how the Crowd sees it.

An actual leader does not view himself or herself as above others — on the contrary, they view themselves as invisible servants of the ideal shared between all. No one can be an egomaniac and rule well (as if Clinton and Obama have not painfully shown us that).

In place of leadership, we like “invisible hand” apparatuses like democracy (just count the votes), economics (market corrects), and social utilitarianism (the popular must be the good). But these alone cannot rule.

We need leadership instead, and to have that, we need leaders who rise above the judgment of the Crowd. When you hand the vote to most people, they treat it the same way they treat anything else: as a vehicle for self-expression, self-interest and most of all, looking important to their fellow primates.

Our invisible hand mentality makes us think that “enlightened self-interest” will guide these people; in many cases, this is true. Our strong libertarian streak here at Amerika.org has us preferring a free market to a bureaucracy just about any time. But that doesn’t address the question of leadership.

Leadership is not purely political. People emulate a leader’s attitudes and outlook. Someone with a strong personality and a refreshingly powerful view (Kennedy, Reagan) can sweep a nation to new heights, if their vision is as powerful as their personality.

Too often we see democracy turn into demagoguery, economics turn into pandering to the lowest common denominator, and socialization become a matter of which human monkey does something “outrageous” enough to be noticed by others. It makes us see ourselves for the silly little animals we are.

For example, when I click my way through the internet, I brush past a thousand little advertisements — even the ones that pop up new windows in my browser. There is so much to look at on the pages that I don’t even get to read the ads before I’ve found what I need, clicked, and moved on. However, someone is paying for those ads.

In all likelihood, they’ve experienced a false correlation-causation analysis. They see that the more money they spend on ads, the more people come in to the website; however, this may not translate into sales, because these people are likely random clicks or confused, as I am sometimes when I click too soon.

Yet everyone keeps dumping money into this new medium, hoping it will form an economic funnel cloud and whip us all away. This inward-looking business scheme will not succeed, of course, but in the meantime everyone is following everyone else, a dog chasing its tail.

A leader might look at all this time and effort, and instead of directing it inward, send us all rushing to a forward objective: invent the next internet! explore space! plumb the ocean depths! invent zero-point energy!

But in the absence of leadership, the Crowd remains fascinated with itself, because it is composed of individuals fascinated with themselves, and so we pass the money around in a circle, hoping that by the time it reaches the other side, people are nervous enough to give it greater “value.”