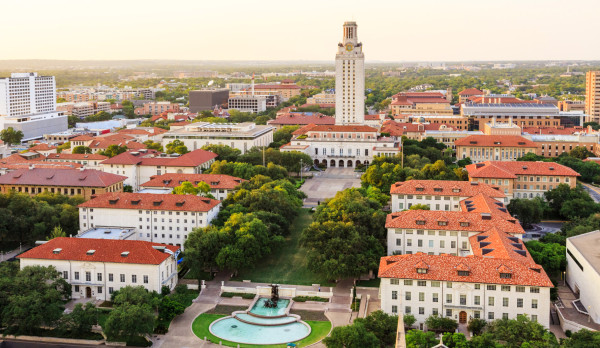 Administrators at the University of Texas at Austin (UTA) today
liquidated the Alpha Sigma Sigma fraternity and expelled its members for expressing ideas “unbecoming of a large conglomerate.”

At a recent fraternity function, a member of Alpha Sigma Sigma was overheard describing a classmate as “a poopyhead” and later characterized him as “a jerkface”, comments which quickly went viral on Twitter with the hashtags #PoopyHead and #JerkFace. Other members of the fraternity present for those comments merely nodded without confronting those characterizations.

An honor committee hearing determined the statement by the fraternity member contravenes the campus equality policy codifying a non-judgment principle to which all students must sign a binding pledge, as well as a loyalty oath to the administration, and non-disclosure agreement protecting prospective proprietary educational information they might encounter and are not authorized to disseminate.

The student at the center of this scandal, who has been identified as Steve Barlow for the purpose of subjecting him to damaging coverage and ostracism, has since apologized and rescinded his comments in a public statement jointly crafted by his lawyers and public relations team.

“I never meant to be caught voicing my unfiltered opinion, nor to
hurt the feelings of the student I accurately described. Given the media promotion of this story that has been promoted with sensational headlines and coverage to maximize lucrative clicks and commercials, I will now sincerely claim to believe the opposite of the statements I previously articulated clearly. In fact, I want the world to know that my classmate is a wonderful and special creature.”

University President Chester Carter expressed outrage at the audacity of students to express unwelcome opinions anywhere in the vicinity of the campus. At a press conference announcing the termination of Alpha Sigma Sigma, he stated “these grounds are public property and no student may offend another with judgment that renders them less than equal in ability or character that any other student. We abolished standards for good reason and are not about to turn back the clock on progress.”

He further warned other students about committing similar grievous offenses, saying “The role of a university is to mold children into parrots who cease to question the ramifications of what they repeat, instilling self-esteem from the facts they have been taught and enough confidence to shut out alternative views and attack people who express them. By expelling these students for failing to heed this lesson of civility, we are sending a strong message to those who disrupt the zombie campus culture that prepares children to become adults able to handle a high volumes of email while remaining confined in office cubicles for the remainder of their active years.”

Last year, UT Austin was in the news when the Kappa Kappa Kappa fraternity was accused of making an incorrect statement about the racial characteristics of complex phenotypes and their genetic basis, despite university training classes that taught races don’t exist except as a social construct. This unfortunate error was captured in social media and resulted in UT Austin liquidating the fraternity, expelling its members, and selling their personal possessions on eBay to fund sensitivity training by highly specialized instructors.