The Book of Strange New Things, by Michel Faber 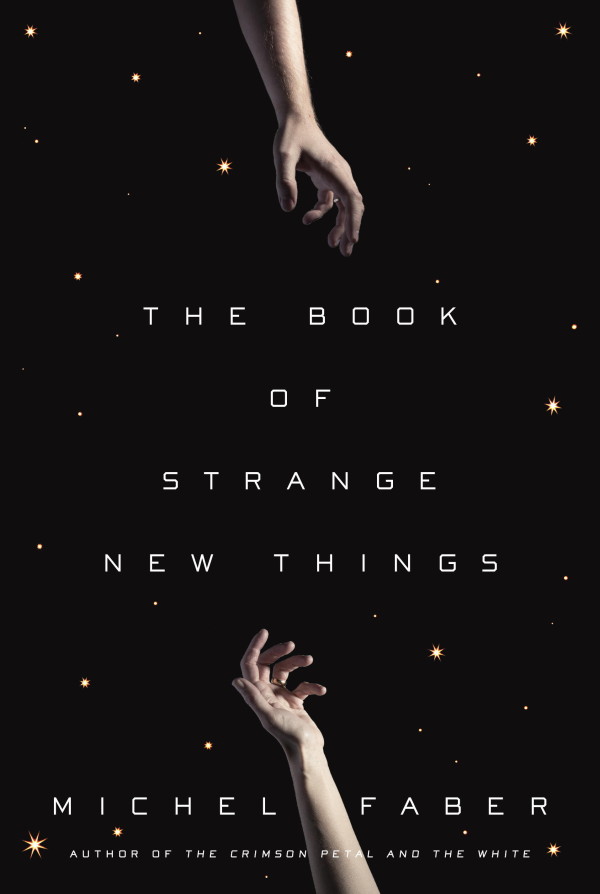 Sometime in the 1990s, literature became captured by its own parasitic industry that pumps out MFAs and the resulting “serious” books at an alarming rate, yet seems to produce no books that resonate with an audience. A sort of publishing underground has emerged in response where oddball writers confront issues that terrify us, as opposed to the self-congratulatory empathy teaching circle of “official” literature.

Michel Faber emerges as a strong voice within that new frontier with The Book of Strange New Things, a confrontation with the emptiness of modernity and its rapidly accelerating decay. Set in the near-future or an alternate present, it chronicles the passage of a man into deep space to encounter another civilization. In doing so the book evokes two other works of highly metaphorical fiction, Joseph Conrad’s Heart of Darkness and Italo Calvino’s Invisible Cities. As in Conrad, this book involves a journey into the world of the Other in order to understand ourselves, and as in Calvino it separates the human psyche into different possibilities represented by different cities.

Written in sparse functional modern prose with a number of elegant passages, The Book of Strange New Things merits not being spoiled by additional revelations of its plot. It moves quickly and becomes engrossing and, while the latter half may run a bit long, it provides the type of disorienting immersion that serves the plot well as earth becomes a distant memory. It directly confronts the collapse of human civilization on earth and the emptiness of life, using some Biblical passages as a guide and contrast but not in an advocacy role. The resulting is a startling unearthing of the question of purpose in human affairs and how our lack of it has made us marooned in an alien wasteland of our own loveless, faithless and self-doubting souls.

In theory, this book could be categorized as science fiction, and while it borrows much from that genre like postmodernist Thomas Pynchon and Don DeLillo, and more recent meta-modernists like Michel Houllebecq, the fundamental aspect of this book is the descent into the human psyche itself more like a novel from Conrad, Celine or Robertson Davies than any science fiction. It is subtle, almost like the touch of a ghost on the skin, but the meaning saturates the novel in an atmospheric sense and provides both total escapism and inexorable collision with the many necessary things we moderns ignore. Cache a little extra time for this and enjoy departing into deep space that curiously resembles a venture into the space within.