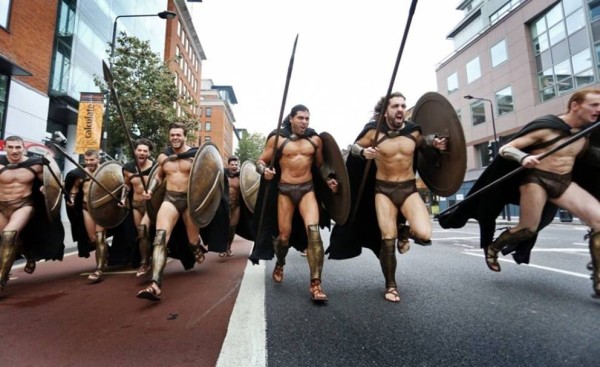 When you take on any task for a group, whether they pay you or not, a clock starts ticking. This clock measures the time between you accepting the task and when the group will want to see results, including the point at which they get frustrated and fire you.

Liberalism burst onto the world like a breath of fresh air, despite the warnings from wise elders that it was in fact a re-statement of what the ancient Greeks had wandered into during their senescent years. Starting with the transition from middle ages society to a mercantile society, the power of actual leadership was deprecated in favor of social popularity.

In 1789, liberalism eventually got the upper hand in France. It then began to spread through Europe and the world, taking over new places because it was hard to reject the face value of these “new” ideas, namely the thoughts of equality, justice, freedom, fairness and pacifism. Who wants to be known as against peace and justice? Like an aggressive salesman, liberalism kicked open the door with a smugly implicit accusation, forcing countries to defend themselves by adopting liberalism, or facing angry mobs tearing down all social order.

In 1945, liberalism completed its conquest with the destruction of the last two nations which did not base their worldview on liberal principles (although they were infected with them). Since that time, it has grown without meaningful opposition, since conservative parties are staffed by business leaders who specialize in getting along with others, and thus compromise, but since liberalism is the far vaster force even a 1% gain is for it a victory over the smaller conservative forces.

For those of us who grew up in the age of mass culture, it is clear that the herd is always wrong. They chase trends, fads and fetishes but never manage to do anything productive. This is because they are not focused on reality at all, or even other people, but themselves, and they use justifications such as altruism and egalitarianism to force other people to accept this behavior, but its actual goal lies elsewhere. What our governments, politicians, business leaders and clergy style as a great ongoing people’s victory is in fact the progress of degeneration, decay and narcissistic oblivion through our society and represents its final illness.

At the same time, the liberalism bubble — comprised of the time between taking on the task of “reforming” and “enlightening” our society and the time we demand results — has begun to pop with all of the soggy grace of chewing gum. It provided an absence of reality where people relied on the promises of liberalism and waited for them to be accomplished, in the meantime suspending their disbelief and any requirement to show past historical successes or even logical consistency. The result, as Rich Cohen writes over at Tablet Magazine, was a pocket of illusion:

The golden moment came after WWII, when the Jewish population of America crestedâ€”the population as a percentage of the whole. Maybe five in 100 Americans were Jews, which might not sound like a lot but was like a bumper crop to us, a remnant of a remnant…The unimaginable evil of the Holocaust seemed to kill anti-Semitism, even the polite country-club variety that shows up in the work of F. Scott Fitzgerald and Ernest Hemingway. After the war, Hemingway disavowed Jewish jokes, which, he seemed to realize, were connected, in some way, to what happened. It created a bubble, a zone of safety not only for Jews but for other minorities. Itâ€™s no coincidence that the civil right movements came in the wake of WWII.

…This is my childhood, the world where I grew up. The horror of the Holocaust purchased us a 70-year vacation from history, though we didnâ€™t know it. We believed the world had changed, as had human nature. Jews remained distinct in the new dispensation, but in a good wayâ€”a near-at-hand exotic, a symbol of exile, which we were told was the natural state of modern man. For perhaps the only time in history, you might actually want to be a Jew. Because of the close families and good husbands and yada yada. Saul Bellow, Phillip Roth, Mel Brooks. To those of us who came of age in these years, the future seemed like it would be more of the same, the present carried on forever.

Cohen views part of the bubble, and he sees it positively. In his experience, for about seven decades the threats were banished and the good times rolled. This is a common assumption after wars that do not eliminate the cause that created the conditions that assured their existence, only the outward manifestations of it. In world war II, we banished the symbolic enemy in the form of nationalism, but missed the point that modern liberal society itself is inherently unstable because its design — the logic of how it is put together — is inherently paradoxical. Like good politicians, we declared victory and went home, leaving the problems fully intact but having beaten back those who, having noticed them, attempted one type of solution (one that is incompatible with conservative ideals, as will be documented in a forthcoming post).

Our bubble in the West is larger however. It started before the Magna Carta with the dispossession of aristocrats by the new city-dwellers and their mercantile interests, as the caste of vaisya displaced kshatriya and brahmin castes. This process gained momentum over the years, and as it began to pull society apart, an apologist movement called “liberalism” rose up. This movement believed that we could live alongside the decay if we just made a few token concessions. These rapidly took on attributes of talisman and superstition. If society made everyone equal, the thinking went, we would eliminate the class warfare that was tearing us apart.

As a result, the idea of “equality” took on a religious fervor among its adherents who feared the explosion they felt was always lurking under the surface. In their view, dogmatic — Stalinistic — promotion of equality would prevent the greater horror they saw within. Little do these useful idiots know that they are in fact patsies and that their “solution” serves only to adopt the original agenda of class warfare as a euphemistic positive instead of the civilizational cancer that it is. Their blindness created a dogmatic ideological group known as Crowdists, of whom liberals are one manifestation, who demanded equality above all else as apologism so that they could use the ensuing chaos to get what they actually desired, which was “anarchy with grocery stores” or unhindered individuals — without social standards — that could take advantage of the benefits of civilization while destroying it.

In 1789, they formalized their offering: egalitarianism must prevail, and it must do so by displacing all hereditary aristocracy and replacing it with rule by the mob, where candidates shout out ideas and whatever sounds good to the drunken, unwashed, and distracted crowd bent only on self-amusement would carry the day. Over the next two and a quarter centuries, this terrible idea bore out its horrendous fruit, which is that no matter how many checks and balances we put on it, and no matter how many elites in academia and government we use to channel it, or how transparent the press is, democracy devolves to demagoguery. It will simply hide this fact behind pleasant illusions, fond visions, cherry-picked “studies” and celebrities telling us other how clever they are for having the “right” opinions. But all of this is false. The actual truth is that liberalism serves to usurp known methods of success and replace them with insanity:

From Aristotle to Edmund Burke, a fundamental tenet of conservatism is the notion that family and society didnâ€™t just randomly happen, but that they evolved because a). they were based on a priori truths about human nature, and b). they worked.

Western civilization, and the freedoms we enjoy, were, as such, not the product of luck, but rather, the result of preserving time-tested institutions.

…Much of conservatism is based on the notion that society is fragile. And if we start tinkering with some fundamental pillars â€” redefining marriage, here, redefining gender, there â€” it could have dire, if long-term, unintended consequences.

Liberalism exists to distract from, obscure and muddle the above truths. All that it speaks are lies designed to turn the focus of our minds away from the obvious and plentiful truth, which is that some methods make healthy societies — and some others do the opposite. During the last days of Greece and Rome, increasing liberalization presaged the decline. There is a reason for this: turning away from hard reality, and the need to adapt to it in both a Darwinian sense and the conservative sense of striving for “the good, the beautiful and the true,” requires that we temporarily deprecate our own egos. This offends the crowd and they retaliate by demanding the cessation of all social order, which in turn furthers the decay of the society from which they are trying to distract. This vicious circle only stabilizes when there is nothing left to steal and the society languishes at third-world levels of corruption, poverty, hygiene, degeneracy and criminality. If we have a future, it consists of avoiding that reliable path and instead escaping liberalism for a hefty dose of realism.

After | StrangeLoop: no one “owns” a conference