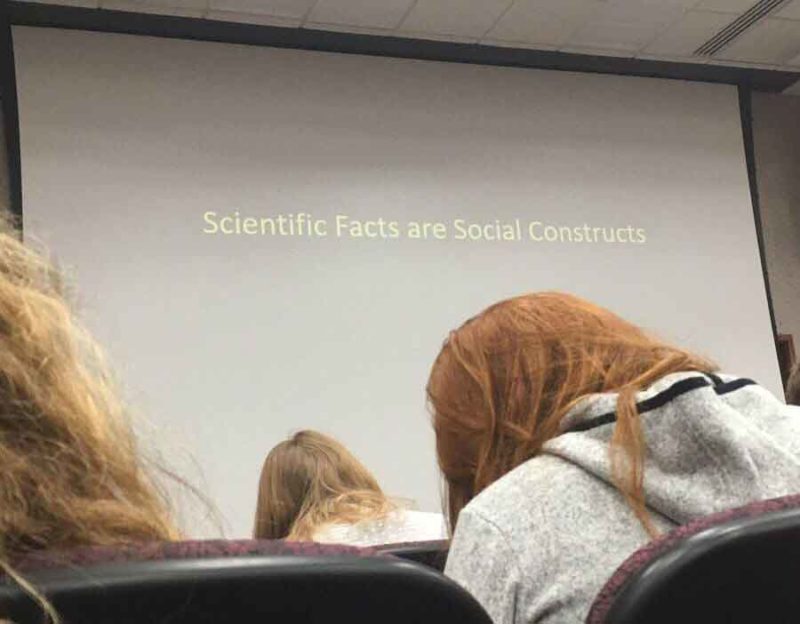 The conventional wisdom tells us that political correctness/social justice is the province of liberal arts and humanities departments, despite the longstanding promotion of the classical canon by these departments, at least at quality universities. However, we now see signs of PC moving deep into STEM territory.

Consider the recent Code of Conduct from one of the oldest UNIX operating systems available to the public, FreeBSD, which emphasizes political correctness over pragmatism:

Anyone who is found to violate this code of conduct may be sanctioned or expelled from FreeBSD Project controlled spaces at the discretion of the FreeBSD Code of Conduct Committee. Participants are responsible for knowing and abiding by these rules. Harassment includes but is not limited to: Comments that reinforce systemic oppression related to gender, gender identity and expression, sexual orientation, disability, mental illness, neurodiversity, physical appearance, body size, age, race, or religion. Unwelcome comments regarding a person’s lifestyle choices and practices, including those related to food, health, parenting, drugs, and employment. Deliberate misgendering. Deliberate use of “dead” or rejected names. Gratuitous or off-topic sexual images or behaviour in spaces where they’re not appropriate.

Physical contact and simulated physical contact (e.g., textual descriptions like “hug” or “backrub”) without consent or after a request to stop. Threats of violence. Incitement of violence towards any individual, including encouraging a person to commit suicide or to engage in self-harm. Deliberate intimidation. Stalking or following. Harassing photography or recording, including logging online activity for harassment purposes. Sustained disruption of discussion. Unwelcome sexual attention. Pattern of inappropriate social contact, such as requesting/assuming inappropriate levels of intimacy with others. Continued one-on-one communication after requests to cease. Deliberate “outing” of any private aspect of a person’s identity without their consent except as necessary to protect vulnerable people from intentional abuse. Publication of non-harassing private communication without consent. Publication of non-harassing private communication with consent but in a way that intentionally misrepresents the communication (e.g., removes context that changes the meaning). Knowingly making harmful false claims about a person.

Most people do not understand why business and government are responsive to SJW: a customer in the hand is worth two in the bush.

Social justice and political correctness, above all else, operate by a sense of guilt. There is a message that is ideologically correct; you either affirm it, or by not affirming it, reject it. To be part of the group, you must affirm it.

Thus SJWs and other Leftists rush out to buy FREE LEONARD PELLETIER bumper stickers, watch Black Panther, vote Obama, support Tibet, complain about Trump, and any other cause that the crowd indicates. They must do this in order to keep up their status as members of the group.

Business and government see only an audience which is invariant and therefore dependable. Even if they can only buy one mug or tshirt a month, they are forced to do it, and so they will do so until they die (even if it leaves behind nothing but a festering landfill of useless objects). This makes them ideal consumers!

Consumerism loves SJW-ism because consumerism itself originates in the bourgeois. The idea of the merchant is to offend no one while simultaneously pandering to the lowest common denominator in order to reach the widest possible audience. Maybe the intelligent, refined, and thoughtful do not like it… who cares, they are 1% of society.

Political correctness is invading STEM the same way any other business demand does. The audience must include those who think a certain way, so the process must be bent to their rule, much like the company must flatter any major client. It does not matter that it is unscientific; all human preferences are.

In the meantime, nothing of value can be said about this new code of conduct. Good intentions, pared with egalitarianism, makes a bureaucratic managerial nightmare than no one wants to participate in except those who have nothing in life without it. It is a dead loss, time thrown into a black hole of purposeless attention whoring.

Over time, others will adopt similar “good intentions” codes, and these are not meant to be ill but to avoid harm to their consumers. They do not stop to consider that this is the wrong place for what in an intelligent world would be cultural codes. And so they seek to control their audience.

For now, these morally proctological codes of conduct do not give most people reason to rebel. They have no intention of doing any of this stuff, anyway. They will sleepwalk into the trap as each year the code of conduct gets narrower until only Leftism is permitted. Then they will stagger backward, shocked that this one crept up on them while they slept.

In Case You Did Not See It Before, It Is Time To Get Far, Far From Google | Culture Wave: Rare Audio Books Website Launches To Protect Free Speech