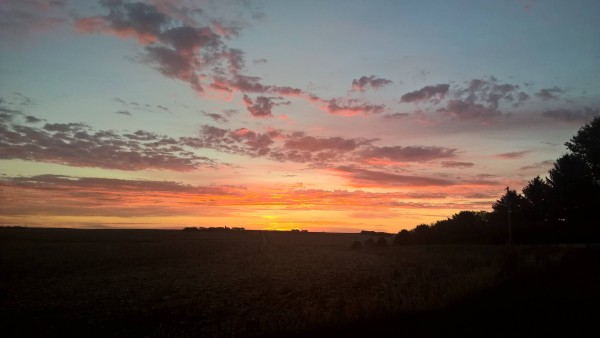 Youâ€™ve heard it before: â€œAmerica is an immigrant nation.â€ Meaning, of course, that, since the founders of the American nation moved to this land, or their ancestors did, it is therefore unjustifiable to put up any kind of resistance to any kind of immigration now. Typical of modern critique-oriented thinking, where a single factor or dimension found in common between two different things is used to equate those things in order to levy false accusations of hypocrisy, this propaganda line intended as a trump card to neutralize thoughts in opposition to mass immigration implicitly rests on several shaky assumptions.

Assumption #1: Place of origin is irrelevant. Somehow the immigration fanatics want us to believe that people from Germany or England differ in no significant way from those from China, Somalia, or Afghanistan. Partly this is due to a mental defect that views recognition of human differences as necessarily implying a linear metric of worth: a Somali can only differ from a German if either the Somali is â€œbetterâ€ than the German, or the reverse. But itâ€™s also due to simple ignorance and naivete. Theyâ€™re so uninformed about the world that they seem to truly believe that people all around the world are generally the same, apart from a few neat little quirks and culinary styles. Multicultural societies, everywhere they have been tried, have shown us what a farce this is. Without even asking the distracting question of whoâ€™s superior, we can see that diverse peoples donâ€™t get along well, that diverse societies donâ€™t work.

Assumption #2: Time of migration is irrelevant. Curiously enough, though leftists have an obsession with possibly the most abstract concept conceivable, change, and fling the word around so vigorously while campaigning that all context and meaning is thoroughly shaken off, they are happy to ignore real historical concrete change. Those Europeans who first migrated here didnâ€™t come to a new nation, they built one. They didnâ€™t encounter a welfare system they could exploit, or even pre-existing infrastructure from with they could symbiotically benefit. If they wanted a house, they needed to build one themselves. If they wanted a nation, they had to found it themselves–and thatâ€™s what they did. This is not the case for immigrants today, but again, somehow we are expected to believe there is no significant difference.

Assumption #3: Type of migrant is irrelevant. Since we can find some examples of immigrants who had a beneficial effect on the nation (either by founding it or by contributing some other way), and further, some examples of immigrants who generally werenâ€™t a clear detriment, it must be that all immigration will fit somewhere in a range between those two, or so the thinking goes. This leads to an open borders system with no selection for individual quality, where dishonest, cruel, stupid, thoughtless, and careless people enter, and somehow a belief that they have good intentions will make it alright for them to be our neighbours.

There is a strong pattern here. The support for mass immigration — mass replacement, really — embodied by this slogan stems from ignorance, willful or otherwise. When we recognize these not-so-subtle nuances in the history of migration to America, we can see how misleading and inaccurate the slogan is, and we can substitute it for one thatâ€™s more honest and accurate: America is a settler nation.