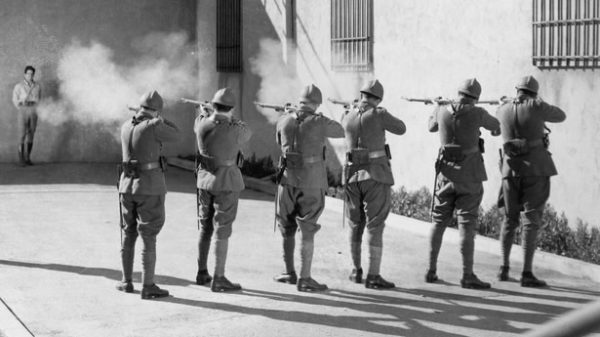 Do you believe in miracles? I believe they are possible, but I’ve studied just enough about quantum physics to learn how bloody (expletive) unlikely that is. I can accept God acting outside all physical law, but within the realm of the material, I squint double-hard at miracles.

Thus, I think National Border Patrol Council President Brandon Judd is exaggerating a tad when he says that morale is at a 20-year high. In the grand tradition of recent American politics, this sounds more like he is “showing results” by showing emotional effects on others.

I did not vote for Donald J. Trump in expectation of miracles, or even few solid and amusing plagues straight from the Book of Exodus. I expected him to get results because he understands what a standard is, and how enforcing those standards prevents exploitation of what the standards protect. He has established a standard that our laws are real, and foreigners can enter the country only in accordance with those laws.

He is securing our borders in order to ensure that those laws are enforced and in turn, is putting pressure on the citizens to change those laws if the results are bad. It turns out that his approach works spectacularly. Here is what happens when you set a standard.

The large drop in apprehensions of people illegally crossing the U.S.-Mexico border is “nothing short of miraculous,” National Border Patrol Council President Brandon Judd said on Monday. “If you look at the rhetoric that President Trump has given, it has caused a number of illegal border crossings to go down,” Judd told C-SPAN. “We have never seen such a drop that we currently have.”

Standards kill parasites. Standards make people actually put some skin in the game and commit before they get gimmedats. When people think they can use a resource free of consequence, you get the Tragedy of The Commons. When a good or service comes at a price, the ones too lazy or too dysfunctional to pay are excluded from depleting it. If there are no standards, each person exploits what is there and everyone suffers as a result.

This observation repeats with regard to SNAP enrollment in Georgia as well. Make people work and the ones allergic to that sort of thing will dissipate. They move to places where the pickings are easier.

If you don’t want your peace, your finances and your environment destroyed by a horde of parasites, commit to standards. Commit to demanding something out of everyone that comes to feed. Apply the John Smith Rule. “He who does not work, does not eat.” States under budgetary pressure are looking to expand it to Medicaid as well as SNAP.

Indiana could become the first state to require some Medicaid recipients to work but it is facing a flood of opposition from health groups, advocates for the poor and others. Public comments filed with the federal government have been overwhelmingly against the idea even as Congress debates whether to give states more leeway in running their Medicaid programs, along with a lot less funding. Other states in various stages of pursuing permission for work requirements include Kentucky, Arizona, Arkansas, Wisconsin and Maine

Standards are the answer to the weight of the poor. Demand more than other, more socialistic places, and the worst of humanity will leave you. This means that the people in your society who are actually contributing are the ones who stay, which means that everyone benefits as contributions increase. Defend the normal, healthy and sane and you get more of it; focus on pitying those who are failing, and you get more of that at the expense of the normal, healthy and sane.

Compassion means saying “No.” Compassion means rewarding those who contribute to a community and banishing those who do not. Standards are the cure to Modernity. Is it any reason why they are so frequently condemned as “Racist,” “Classist,” or just plain “Evil”? Standards threaten the Left, which wants to destroy the normal, healthy and sane so that the insanity will be accepted as normal.

The hordes of parasites that empower the Left are not sustainable without unconditional altruism, which if you decode it is really a type of advertising for individual called “virtue signaling.” The people who talk loudest about The Poor™ care the least about them; what they care about is appearing to be more virtuous than you, while not investing the hard work in actually being, you know, virtuous.

When you think about it, the opposite of good is not “evil” per se, but everything that insists good is not necessary. When we give up on standards in favor of the appearance of altruism, we are relying on a miracle. When instead we demand standards, we are acting from sanity and will achieve the best results possible on this Earth.