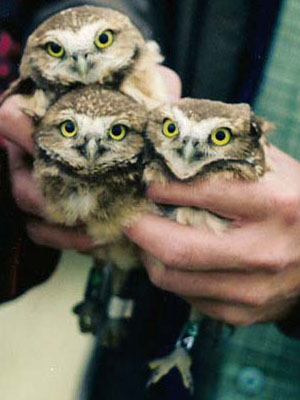 Conservatives lose every time when the issue of abortion is raised.

Although liberalism is in decline, this is still a liberal era, which means that liberals define issues like a bullfighter waving a cape, and conservatives charge for the attractive object of outrage. This allows the opposition to control the campaign and portray conservatives as reactionary.

When the liberals wave that flag, they are making a prediction about what conservatives will do. If what follows appears to visually resemble what liberals predicted would happen, conservatives lose the middle of the electorate.

Abortion is one such issue: liberals predict that conservatives, who “want to control a woman’s reproductive rights,” will become fanatical about abortion. Then the liberal provokes as they like to do, being inherently passive-aggressive. Conservatives respond with outrage, and appear angry and controlling to the audience. Victory: liberals.

Abortion is a tough issue. First, most people see it as a surrogate for controlling sexual morality. Conservatives are afraid to admit anything with “control” in its description. However, every political viewpoint seeks to control behaviors; that’s why politics exists. Sexual morality and undoing sexual “liberation” are top conservative issues.

Second, the abortion issue quickly takes over for more important issues. There are two camps very set in their ways who lunge at each other, and the media covers this in depth. In addition, the resulting brouhaha makes conservatives look like the aggressor. Finally, it fills the debate with less-substantive issues that are not really specific to a particular election. Abortion is a question we have to make as a society over time.

The right suffers because by the nature of the right as consequentialism and realism, it accepts just about anyone with a version of that viewpoint. This means that within the right-wing camp are many anti-abortionists who are so convinced of the rightness of their ways that they can be counted on to raise a fuss once the red flag of abortion is waved. This divides the right against itself, because there are some of us who acknowledge the importance of sanctity of life arguments but see other issues as coming first, and we get passed over when there’s a nice juicy fight about abortion.

The media also preys on these people. Media types like drama, and the best drama is outrage, so they specialize in portraying those who offend the crowd hive-mind as being kooks and absurd radicals. Reporters love a good encounter with anti-abortionists that can then be spun into a demonization of those people. The media will gladly bypass substantive issues for a smaller issue like abortion because the issue itself divides the nation, causes outrage and fear, and generally sells more media than a sober, contemplative, essential and structural issue.

As readers here recall, the media has no dedication to truth; its dedication is to making an entertainment product that gives people a series of sensations. Righteous indignation, a rush of fight-or-flight, or best of all a chance to feel superior to some other group. The media sells enmity, hatred and divisiveness disguised as moral investigation. The media wins when it comes up with a dumb-conservatives versus wiley-liberals story, because it panders to the vast majority who want to think they are liberal, while enraging conservatives so much they buy three copies.

Barack Obama and his team are very sensibly waving the red flag at conservatives with their endorsement of gender-preference abortion. The fact is that liberals don’t care too much about the outcome, so long as their daughters can abort any fetus produced with a lower-class male. They can abandon this issue for now or later, depending on their perceived large audience of women to at any time bring back the addiction to birth control. This makes it the perfect blazing stick with which to goad conservatives, creating what “looks like” an over-response, which then allows liberals to mock conservatives as reactionary and extremist.

A better strategy is for conservatives to attack the left on their “Great Society” programs, Utopian addiction to “progress” and totalitarian dogma of equality. All liberal regimes boil down to a series of Great Society programs designed to further the goal of equality as a means of destroying those who have risen above the herd. It’s worth pointing out that these Great Society programs seemed good from 1789-2009 but are now being shown to be structurally unsound, as opposed to being structurally sound goals applied through methodologically incorrect means.

The important question here is one of strategy. It’s important to win. This is not to say that abortion is great, although I support it for its proven potential to remove the poorly-planned children of the reckless, or that sanctity of life arguments are wrong, because they are not. But we need to think toward victory, and that means putting each argument in a hierarchy and not allowing them to rise and take over our campaigns, which is what these flag-waving liberal provocateurs hope to achieve.

Square pegs | Metaphysics of War: Battle Victory and Death in the World of Tradition by Julius Evola