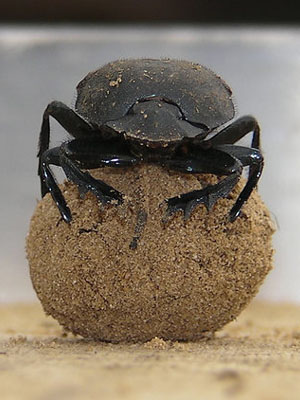 The liberal revolutions of The Enlightenment did more than establish a political order.

They established a social one. Where previous humankind had tried to organize itself into an order complementing that of nature, from here on we had a new God and Purpose: the individual comes first, before all else.

It took only a few centuries to extend that to “before consequences in reality itself” and to get free from that, we had to banish common sense and agreed-upon standards. It has taken a lot of work and many years but we are finally free of those encumbering sanities.

Now what we have is the empire of the ego. It is composed of two things:

Is that an unduly cynical view? Well… probably not. It may be slightly ahead of its time, but the more I see of the world, the less I think it comes early. People truly are disconnected from the consequences of their actions and instead dedicate themselves to amusing others so those others help them “get ahead.”

The modern time can be envisioned as a steady compressing of complex, difficult truths into linear measurements. Is A greater than B? Is the price lower? Is this person more popular than others? We have taken a world of infinite possibilities and boiled it down to the kind of decisions an audience at a television talk show might have to make.

All of this centers on the human ego because that is where we are weak. We each must justify our lives to ourselves and convince ourselves that we are not wasting our time, that we are important and valuable. Socialization does that for us in exchange for our allegiance, not to Satan but to the crowd itself.

With our technology we have taken this further. The symbolic world of media, socialization, advertising and political propaganda has now been condensed into one symbolic medium, the internet and its Social Networking sites:

Checking a Twitter, Facebook or email account for updates may be more tempting than alcohol and cigarettes, according to researchers who tried to measure how well people regulate their daily desires.

Researchers also found that while sleep and sex may be stronger urges than certain drug addictions, people are more likely to give in to their addiction to use social or other types of media. – “Facebook, Twitter Are Harder to Resist Than Cigarettes, Alcohol,” by Christine Hsu, Medical Daily

Of course it is addictive. It is both easier to deal with than reality, and by its symbolic nature, gives us a sense of greater power. On the internet, we make decisions that sound important and shout them at the world. We arrange our personalities out of objects we’ve found and images we favor for ourselves.

The virtual world allows us to construct ourselves. We no longer need to be who we are in real life. We can be a creation, like a doll or the character in a video game. Our choices are not composed of many options, but very few, and reward is immediate for the right one. Look, 22 people “liked” this!

In real life, we are not “in control.” In our virtual worlds, we are the controller and God. All of the many choices in life are distilled into the choices we might see on a reality TV show, where we try to pick the popular answer so we can win. We have made a comfortingly tangible miniature of existence itself.

As the modern age winds up toward its peak and self-destruction, our computers are helping translate the symbolic world of the ego — that’s what individualism means — into new simulations that make us feel even more powerful. Like anaesthetic, they let the time pass without pain or meaning.