Sports Illustrated Gets Cordycepted And Self-Destructs

by Jonathan Peter Wilkinson on October 7, 2019 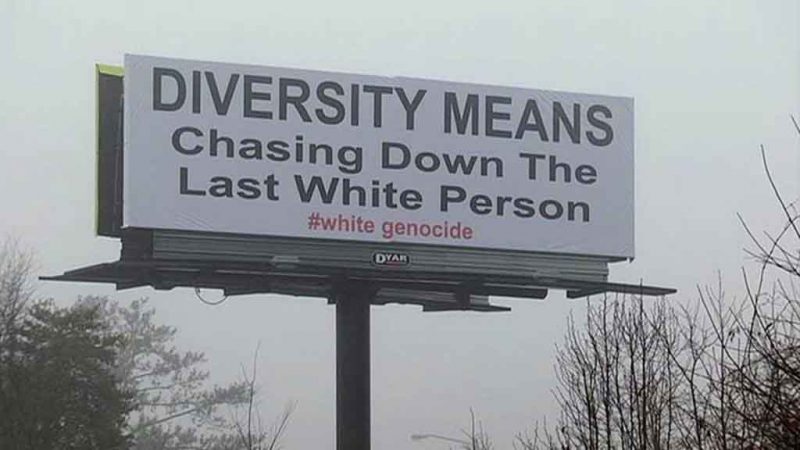 The Left hates competition. It seems utterly meaningless to them and they suck at it. But that doesn’t mean they can keep their noses out of it and just mind their own stupid business. They have to make you care as much as they do. It’s totally for your own good. They promise with the same veracity with which Elizabeth Warren hunts for scalps on the campaign warpath.

So what then happens? The Left skinsuits. They take over something that used to serve a purpose basically unrelated to whatever the Left is peddling and turn it into a virtue signalling beacon. Sports Illustrated became #ESJWPN long before Stephen A. Smith ever got plucked from the monkey cage at an affirmative action zoo and stuck behind a microphone to gibber his obnoxious brand of anti-white hatred. SI had a methodology that was more subtle than #ESJWPN, so the blowback took longer to place home. They would provide stuff that had an ostensible football-like substance and wrap it around their gun-control and Europid hatred as a palliative.

There were parts of their MMQB that could masquerade as legitimate attempts to report on the NFL. Getting a story up on a coach fired at 5am by 9am isn’t bad hustle. Then there is the other side of SI’s reportage.

….the team released a map showing where, precisely, Braves Country was—and, notably, where it wasn’t. That view of the greater Atlanta area was speckled with red dots, each one indicating the home of a 2012 ticket buyer, including season-ticket holders. Only a smattering of red appeared to the east, west and south of Turner Field, while thousands of dots congealed into a ribbon above downtown that expanded into a wide swath in the half-dozen suburban and exurban counties to the north. The new stadium would be closer to the middle of that mass, which happened to embody an older, whiter and more conservative population than the city proper. Those northern suburbs were fast diversifying, yet many in Atlanta—particularly in its black population—felt slighted by the decision, their perspectives colored by decades of racial and political tension between city and sprawl.

So The Atlanta Braves make the reasonable and intelligent decision of building a new ballpark somewhere within reasonable commuting distance of their fan base that owns season tickets. But no, these fans are of The Caucasian Persuasion. We must make them drive an extra hour on the somewhat paved traffic jam dubbed I-85 for the sake of social justice. They must litmus test their fans and deny them the right to buy tickets if they are Rethuglican. Only then can they be socially just enough for the new and progressive Atlanta!

The reaction of the rational human being to SI’s garbage has been condign. How so? They are laying off 40% of their staff because nobody reading an article like the whinge I linked above is coming back to click a 2nd link. The #SJW sports propagandist is becoming Nietzsche’s preacher singing hymns in forest. Who cares if he’s on pitch? Nobody is listening. Here’s how much a lefty loves you when they kick you off the ideological trolley.

The layoffs were haphazardly executed, with management scheduling meetings Wednesday evening, only to cancel them the next day about ten minutes before the planned start time. The meetings ended up taking place four hours later, with one scheduled for staffers who were getting laid off and a separate meeting for those who were not, according to a source. the Maven, which licensed the rights to Sports Illustrated’s print and digital publications in June, is behind the decision as it takes full ownership of the company from Meredith Corporation. Meredith sold the Sports Illustrated brand and intellectual property to marketing company Athletic Brands Group earlier this year but had agreed to manage the media business for up to two years.

And that is the defining trait of a skinsuiting. The acquiring organization cares nothing for the property. They use it and chuck it out the window like a teenage boy with a prophylactic on a lucky Saturday Night. SI is just the latest sheepskin to be tossed in the ditch to undergo corporate biodegradation. Whither Sports Illustrated? Wherever they want to wither. They have deliberately walked away from what once made them a desirable entity. You can get preached at every Sunday at a thousand different locations. You don’t need a frikkin’ sermon from some magazine about sports and skimpy swimsuit models.

This was why SI had to be skinsuited and then left to die in the ditch. The Leftist needs to make you care. Constantly. You cannot be free to go elsewhere and not remain immersed in their immiserating ichor of detestable social justice. They become so meaningless as people and their ideas shrivel in comparison to the simple enjoyment of hobbies and of having a life that isn’t in #SJW painville. The consciousness razing is done to deliberately keep you from not having their ideas in your head and their warped and disgusting ideals in your heart. You must be converted and made to submit to the #SJW Allah! Having all your pastimes and diversions getting skinsuited is just part of the dhimmitide you pay for them to let you survive.