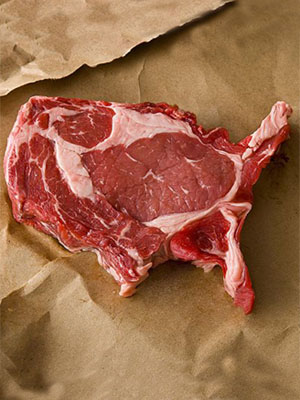 The sad thing about intelligence is that it is only a survival trait when applied intelligently.

Like any other tool or weapon, intelligence serves any master, and thus serves no master. If we are a society of individualists, intelligence becomes a weapon we use against one another.

Hypothetically, the situation might be different in a society in which all members shared a common goal and the society was honest about their differing abilities. We haven’t had one of those societies for quite some time. But it is possible that they could exist again.

With a politics of equality however, we see the result of intelligence in our society: individualism, or the putting of the self first, and as a result, a need for each individual to appear as impressive, and through that the drive to find a “unique” viewpoint.

The reason “unique” goes in scare quotes is that very little is unique because all of it is made of the same elements, relating to the same needs for adaptations. You don’t find a unique way of making a fire, or of building a shed. These are time-proven methods.

Part of uniqueness is a reliance on ironism, or being ironic in the face of such time-proven methods. If everyone must make a fire and you want to be unique, be ironic and don’t make a fire, or design it to fail. In a rich society, people will gather around to talk about the event.

All of these psychological forces come to bear on a singular process: more intelligent societies tear themselves apart because their smarter members, in a desire to be impressive and unique, choose beliefs based on the value of those beliefs not being part of what is accepted and known as true.

By any other name, we would call this insanity. If you know how to make something work, do the opposite. Terrible advice for those struggling for survival, but in a rich society where we have divided our jobs into discrete and meaningless rules, there are no consequences. Just keep going to your job, paying the credit card bill, and you can do whatever destructive or insane thing you want. The rest of us will keep selling you things.

Even more interesting is that the desire to be “different” coupled with a desire to look impressive to others makes intelligent societies focus on the negative. They look for problems to solve, and in fact seek anything anomalous, as they are conditioned to look for the ironic and non-standard.

The result is that the entire society is geared toward negative ideas and events. In such a society, if you lead a normal and moral life, you are invisible. However, if you have problems and act like an insane maniac, you suddenly have friends and social attention.

Our conventional wisdom is that “absolute power corrupts absolutely” and thus we need to vest that power in the largest, least likely to agree group we can find. A more sensible analysis suggests that the powerful are not done in by power itself, but by where they choose to apply it.

Negativity leads to rules on the use of power that require it be applied to disasters, lost causes and sad situations only. Politics becomes a greeting card, a group cry-in, and an alienating experience for the healthy. The resulting split can be viewed in progress:

Americans cannot agree on: When life begins and whether extreme criminals should be executed. The roles of the government and the responsibilities of the individual. The best places to live, the worst places to work, historical accuracy, futuristic predictions, who deserves better, who deserves worse and on and on.

How will we ever resolve our differences?

“People tend to agree based on perceived self-interest,” explains Rhonda Hilyer, president of Agreement Dynamics, a conflict resolution company in Seattle. “When I work with divergent parties I help them embrace the concept of enlightened self-interest, which means that to maximize the achievement of one’s self-interest, it is usually necessary to recognize the self-interest of others and to seek solutions that support all parties’ interests to some extent.” – “A Nation Divided: Can We Agree On Anything?” by Linton Weeks, National Public Radio

Half of our country (a nation-state, not a nation) wants to follow the path of focus on problems and negativity. The other half want to push that aside, and live instead for that which is not dying.

Leftism appeals to people by reaching their inner fear. They are afraid of being insufficient and left behind. For that reason, they fear any political or social agenda which focuses on the healthy and successful. Instead, they want focus on the hopeless, because that category will include everyone.

Our society has, especially since 1968 but in radical acceleration since 1789, thrust upon us the idea that including everyone is our highest goal. We have correspondingly become more individualistic, and increased our focus on the negative while ignoring the thriving. We consider this “moral.”

During this time however results have been as expected. If you nurture the positive, you get more of it. And if you nurture the negative, it grows like a cancer and soon takes over your society.

We are surrounded by negative messages from media, by political programs that focus on the hopeless, by dire assessments of ourselves and our future, and by propaganda that seeks to smash down the healthy and intelligent so they can be replaced by the neurotic.

Is it any wonder our country is ready to split apart? The two groups are incompatible. As noted in the past, we could create a liberal superstate to observe the results of liberalism. Liberals don’t want this, for some reason, as if they were afraid of what might be proven.

We should accept this split as victory for us all. Half of America is prepared to follow the positive and bypass the negative. They should let the rest “benefit” from their own program of negativity, and be condemned to suffer its consequences.