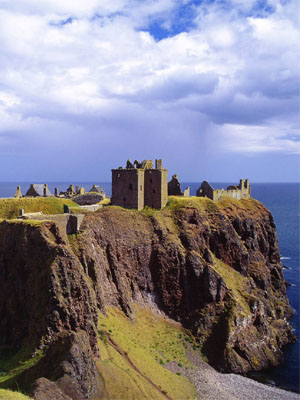 As said elsewhere, finding a “seed” of conservatism is difficult because concepts, like events in a chain of cause, come in a linked sequence.

When we say that the essence of conservatism is consequentialism, this unleashes a host of related concepts. For example, the root of “conservative” is the same as that in “conservation,” which is a preservation and nurturing of good things found in nature.

However, without consequentialism, there really is no conservatism. After all, why care about a forest? We only need so much forest, and so many animals in zoos, for our own human enjoyment. Caring about the environment “for itself” is alien to our utilitarian and individualist mentality.

One way this manifests itself is in originalism, which like conservatism is easily mistaken for worship of the past for past’s sake. In fact, it’s a more complex concept which holds that the original state in which something emerged from nature is its most-tested state, in that it as a whole was tested against its environment and forged by that complete, whole and organic challenge.

It’s entirely different from our human method of designing something for a single purpose and then only later finding out the “incidental” collisions with other aspects of reality. Originalists desire objects and ideas which have already gone through that collision testing over many years, and this is an important aesthetic and moral tendency present in all conservatives.

Wholeness and wholesomeness come from the original complete ideas, originalists argue. Thus if we interpret older ideas in our time, we take them as a whole and supplant as little context as possible. An originalist for example will be horrified by the hip-hop version of Beethoven’s 7th.

Older systems of government and society tend to be less “efficient” than our modern ones, but that is mainly because us enlightened moderns tend to measure results by a single factor — “more cars were produced under capitalism than communism” — without looking at effects on the whole. To a consequentialist, caring about more cars is essential. Ignoring its context is not; in fact, it’s destruction to the whole process.

These older systems relied on originalist concepts such as aesthetics, completeness and a reverence for life itself. To these thinkers, single details did not exist alone, but were connected to all other details, much as every part of a complex machine is necessary like all others.

While they were less singularly effective, these ancient ways were less destructive, and by being less democratic, less prone to we-all-fall-as-one scenarios. These systems were more like organic bodies with a nature as a whole, not granular products like the equal citizens and interchangeable parts of democracy.

Consequentialism measures these things as a whole. What is the best system? The original, organic and whole one. Where do we find this? Through the laboratory of civilization: history. Now that we know it exists, why not choose to decide in favor of this better option, since it is available to us? Because the pretense of others opposes it. However, we can show how the thought process of their pretense leads to our doom. From this chain of cause-effect reasons a conservative is born.

This in turn becomes the kind of mob scene for which democracies are famous, in which the treasury is spent and the nation borrows itself into bankruptcy to pay for little “gifts” to the citizens, justified by some group of disadvantaged ones whose condition barely improves.

However, from this dichotomy you see which idea works toward conservation and which works toward destruction. Consequentialists care about preservation of the functional; “progressives,” leftists and liberals (all of these terms mean the same thing) care about individual and social emotions.

We call conservatives by that name because they ultimately seek to conserve. For them, all of history has been a battle of a few learned people who realize the value of conservation, against the vast hordes of selfish, stupid and possibly criminal people who want a permissive society for selfish reasons.

It is not that we stand athwart the rails of progress yelling “stop.” What makes us conservatives is that we want any change to be considered in the light of its effects, no matter how distant, and those compared to the grandeur of the past. Those that don’t measure up should be discarded.

While this view will never be as popular as the free-form bazaar that is democracy, in times of trouble people return to it. They catch a glimpse of the civilization they might have had, had they not indulged pretense and had instead pursued a conservative ideal. Shuddering, they push that thought away.