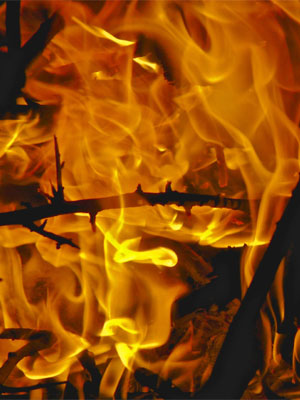 No, that’s not a typo.
But neither is it correct.
And it certainly isn’t politically correct.

To focus too much on the social, is to become schizophrenic.
To replace life with milling throngs of people and people-stuff, is to leave being human
behind, and to start down a road to nowhere very good.

I often like to refer to myself as Piltdown Man. As opposed to Neanderthal, Cro-Magnon, Homo-Sapiens, Erectus, or anything else. Whenever I am not Piltdown Man, I am a crow. And this suits me fine. As if defining myself was important anyway. I am what I am. A total mystery to others, but not so much a mystery to myself.

Ironically, though, Piltdown Man was discovered to be a fraud. There was only the one example. Lauded as the Missing Link, it turned out to be no such thing, merely a clever prank. Oh well. Or perhaps, as I prefer to look at it, that the actual Piltdown Man has yet to be discovered, because he never really died, having discovered the secret of eternal life, and thereby leaving nothing for – ah – humans, to dig up…

What happens when reality is disregarded, and the eye focuses down to one rather minor aspect of life, to the exclusion of all else. Gone is life, in all its mysterious and engaging glory. Leaving only the uber-mundane quasi-reality of what I think of you and what you think of me.

The leaving-behind of being, in favour of acting-as-if. The judging judge that judges others, while providing carte-blanche for itself. My goodness. Life-not.

So it is time for a revealing new word to appear in our decaying language. One that refers to something that – unsurprisingly – has long been misnamed, like all things socialist, to make it appear the exact opposite of what it actually is:

The splitting-off from life, into a quagmire of childish nitpicking, pettiness, tit-for-tat and retaliation. The never-ending childhood-gone-wrong. The antidote to inconvenient adulthood. The retrograde progression towards infancy. Infantilism, in fact, but on steroids.

There are other words suggested by this root term. None of them good.

Socialskiving: where one ignores one’s responsibilities in favour of skiving-off while the mouth jabbers on about nothing of consequence.

Social-Schislls: the ability to become socially schizoid as well as, or better than, anybody else in the room.

Schizophrenik: the end result of reading too much importance into people, and the stuff that people do. And the unintended result, to leftists, of reading Amerika, and completely failing to understand it.

Maybe it’s time for Piltdown Man to finally assert himself, and take his destined place in human evolution. To save humanity from humanity. The missing link that gets to do it differently, and evolves in its own, separate, Piltdown way, towards a quite different result.

Had enough of Homo-Sociopathens? Who could blame you? I therefore invite you to join me on a completely different evolutionary path, as, you guessed it: