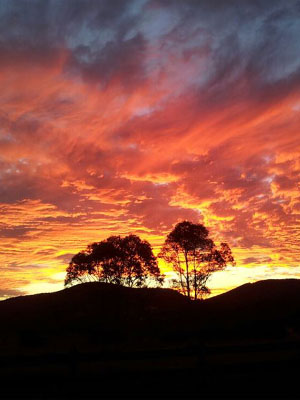 With the recent election, a number of people have discovered that our society is heading in a “bad direction.” Marxism, an ideology that has trashed every place where it has ever been applied, is on the rise. Socially, Americans have little in common with each other. The country is broke and in the hands of bickering maniacs.

To many voices on the right, it seems like this recent outrage exploded out of the wall at the behest of Barack Obama and his minions. He converted our country overnight into this land of descent. In their view, we are all innocents who have been ambushed by this sudden Marxist, multiculturalist, and Statist golem of hatred.

However, this is short-sighted and forgets that for the last century, many people have been resistant to the conditions which made Barack Obama an inevitability. Most of them were not on the right, and almost none of them were coherent, so they amounted to protest and art and nothing more.

Like the parents of a delinquent teen who find themselves, after sixteen years of ignoring some unmet need of their child, facing a police investigation, we are denying the lengthy backstory to our current dilemma. We should have seen this coming, but we denied it because those who spoke of it were generally oppositional to our society.

From 1890 to 1999, most conservatives have fallen into a party line of freedom, liberty and free markets. They advised us even as things were getting bad to put our heads down, work hard on our stuff, and ignore what others were doing.

They forgot one thing, however: civilization inherently distributes impact of its policies to all of its members. If not direct cost, socialized cost. If not that, by foreclosure of future options based on the decisions we have made today. Civilization regulates what options are available to us.

This conservative ideology of rugged individualism carried us through many tough times because it encouraged personal responsibility and, as a result, allowed us to shrug off parasites. It never protected against social decay, however, and that context influences society as a whole, neatly ensnaring the rugged individualists.

Probably the most emblematic symbol of this conflict was the 1950s in America. On the surface, life was perfect: war won, economy booming, kids everywhere, wealth abundant. Under the surface, “problems remain”: ethnic conflict, class resentment, pluralism causing resentment, working women agitating against the family, misery and boredom.

The latter two are the most important. In the great postwar boom, everyone became a slave to the dollar. Mainly because if you didn’t want to slave, there’s another guy right over there who does, and he’ll take your place. You’ll end up selling apples in Central Park, buddy.

The fact is that we’ve made a miserable society. Modern life is ugly, harshly competitive, rewards the wrong people, pollutes everything it touches and is driven by the capricious trends and whims of special interest groups. Most people experience days of grinding boredom in redundant jobs where the bad behavior of others is the norm.

This situation is not new. People have been loathing our society for a century or more and with good cause. With each succeeding generation, the rot has become more complete. It finally found a perfect host in the Baby Boomers who starting in 1968 made it an official state religion and required talking points for the social elite.

All of the gnarly frustrated art which has come out of America and Europe during these years, from Hemingway to Burroughs to Houellebecq, has shown us what we have been fighting hard to remain in denial of: our society is rotting from within through lack of shared values, goals, hopes, dreams and/or quests. We are directionless.

The result is a society where commerce and trends have dominated everything and rendered all of it to the level of obligation. Democracy and freedom (etc) were supposed to help us escape unnecessary obligation. Instead, we’ve created more of it, by giving freedom to everyone so that they can abuse it and also sell themselves at a low price per pound.

Conservatives have failed to succeed in this environment because of our attitude of defending society. It’s popular to say that we shouldn’t pick any one political party, or ethnic viewpoint, but what about society as a whole? We shouldn’t defend it just because it’s what’s left of what we once loved.

Instead, we should recognize that this collapse has been a long time coming. Since 1789, or the Enlightenment, or maybe it’s a trap that has been with humanity since the beginning. It has rotted us away and made life miserable for many generations, and with each one we get more twisted and bitter and pass it on to our kids.

The only way out is to reform society. People should work less, and think more. They should not be forced to burn away their time on redundant or superfluous tasks. The goal should be quality of life, not quantity of people, dollars or warm bodies enthusiastic about some transient idea or another.

If our goal is to conserve, our enemy is society. We must vanquish it so that we can preserve values and common sense. That this involves re-starting civilization is a foregone conclusion. So why are conservatives defending the status quo, and compelling us to more obligation to it?