Socializing And Socialism: Not Really Different 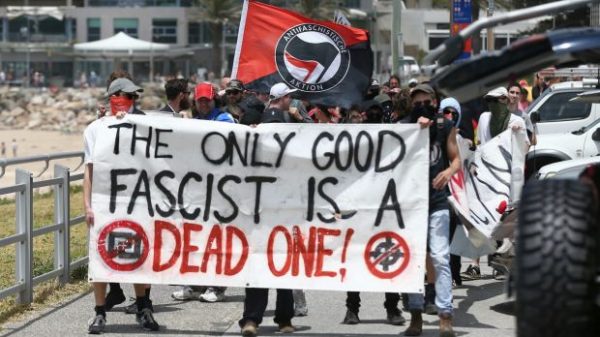 When confronted with a truly penetrating analysis, most people run away. Any thought that looks deeply into the human condition will be inherently offensive to most because it will reveal their fears and failings. This creates a comedy of error where whatever is prized in society, is a lie, and whatever is not mentioned, leads to the truth.

The primary case in which this symptom appears is the question of socializing. Being around people is fun; we are “social animals” who depend on others for feedback, like intelligent mirrors; we seek other people to work with us, mate with us, spend free time with us and provide things to us. Human individuals are cells in the body known as civilization.

Socializing creates a problem however: to socialize well, one must approach the situation with a minimum threshold, meaning that all communications are tailored so that all or most people can understand them. Similarly, one cannot appear to be elitist, so everything must be communicated.

The opposite of this would be a maximum threshold, or exclusive group that requires people to meet certain standards and tailors the communication to those instead of a lowest common denominator. Maximum threshold groups are inherently anti-social, yet sit at the top of all social systems, because people need something to struggle toward and herds need some kind of shepherds.

Nick Land talks about how Northern Europeans are afflicted with a desire to be “nice,” and he is not wrong. Fred Nietzsche writes that Europeans were infested with a virus of altruism. Both of those things are perverted however; the root is socializing, as demonstrating that minimum threshold through being nice, altruistic or otherwise inclusive of everyone.

This inverts the original hunter-gatherer rule. What all the Leftists who are lying when they write that hunter-gatherers were pleasant socialists forget is that hunter-gatherers were mobile, and the rule of a mobile group is that anyone who holds back the group gets left behind. Sure, they were “socialists” in regard to giving food to their own families, but when it comes time to move to a new patch of forest or escape a forest fire, grandma in the wheelchair and the retarded kids get left behind.

For that reason, socializing in intelligent populations arose as an inversion of the general rule. Friendship was signified by the intent not to leave someone behind, and for each of the friends to view themselves as in the debt of the other and therefore prone to save them even when manifestly inconvenient.

This brings up the “prisoner’s dilemma,” however, which we see is the same as the “free rider” problem. If a friend is tested, will he stick to the arrangement, or make short-term profit by escaping that burden, after already receiving the benefits in advance? In another way of putting this, if you are crossing a chasm by rope, make sure that the person who goes across first will actually toss the rope back!

If taken to its extreme, the free rider problem becomes a condition like socialism, where people are automatically included in the wealth of society and therefore, have no incentive to do much; the work then falls entirely on the backs of the 5% or so who struggle to be effective because they are “nice.” We are in that situation in America today because our social feelings led to universal inclusion.

All human populations suffer this dilemma but it only afflicts the intelligent ones. Simpler populations default to an all-or-nothing rule; they never help anyone unless it is to their advantage. Intelligent mixed-race populations demonstrate a more discriminating and effective version of this, and when they are dropped into more social populations, quickly dominate them. This is why some people hate Jews and Asians in the West: they win fair and square by playing by their rules, not ours, and this makes us realize we need to rethink our rules because they are nonsensical.

However, intelligent populations like their niceness and socializing. The only solution here is to have a strong morality not of inclusion, as Christianity does, but of exclusion, as the hunter-gatherers and warriors do, and to recognize it as “nice” because it works best in the face of constant threats. Our ancestors did this, but then conquered the threats for the time being, and all fell apart.

An Economic Argument Against Equality | Opposite Of “Lowest Common Denominator”: Simplest Distinct Expression