An Economic Argument Against Equality 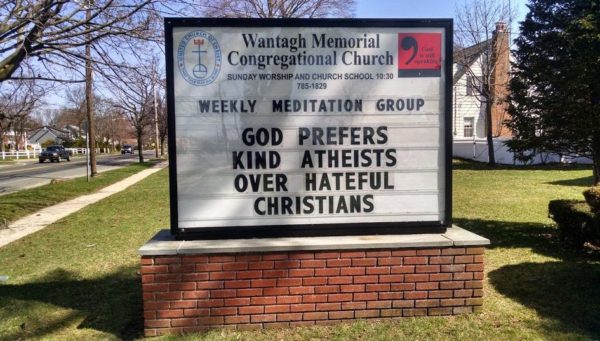 We know that there are practical arguments for the failure of equality on a biological level, namely that it eliminates striving for improvement and creates a downward pressure — averaging — instead. If we look at equality on an economic level, we see that this problem replicates itself in a different form.

Equality means that mediocrity is equal to superiority in terms of social value. This makes mediocrity more efficient because it requires more work and attention to achieve superior results. If the outcome is the same, choose the approach that requires the least amount of work; through this mechanism, the mediocre becomes superior to the superior, at least as far as the individual is concerned.

This economic efficiency explains the soft drinks, fast food, junk mass culture, mediocre appliances, inept bureaucrats, mentally lazy voters and other aspects of the blighted modern landscape: when no one is interested in quality, people do not lose jobs or income for being mediocre, and since that gives them more time for themselves, they become active apathists who deny reality.

At a mathematical level, far below the delayed consequences to biology and social order, equality prioritizes the efficiently bad. Whatever is easiest to do wins out over quality; quality, in fact, becomes an impediment, because it is an unreturned cost. Equality is a bias against quality.

With this thinking in mind, it makes sense to replace food with rehydrated soy product, and to serve people carbonated sugar water instead of real beverages. The simple, repetitive song becomes more important than the symphony. Easy-to-understand lies are more effective than complex, less dramatic truths.

Our civilization has undone itself with the idea of equality. However, through this economic analysis, we also see why individuals choose equality: they are guaranteed acceptance, inclusion and validity without having to prove themselves, which means that for them they achieve greater efficiency through mediocrity. Do the minimum, and reap the full reward.

Over time the efficiency of this approach breaks down because it reduces the value of social participation. A dying society where every person is a selfish promoter of mediocrity has little to offer, but once it was a thriving civilization, and then its carnies, snake oil salesman, sycophants, priests, neurotics, parasites and enemies joined together to leach out its value.

Much of human activity for the past several centuries has involved concealment of this simple logical fact. When there is no distinction for doing things the right way, you get less done the right way and more — across the board — done to a minimum standard. This naturally causes social order to unravel and makes people bitter, hateful and prone to take all they can and give nothing back.

As we come out of the centuries of spaced-out delusion, we can again face these simple but prevalent truths about equality. At that point, our only decision is whether we want to encourage mediocrity or superiority. There is no other option.

How Democracy Aims To Destroy White People | Socializing And Socialism: Not Really Different