It’s a proletariat symbol that many oppressed and underprivileged individuals clamour around to announce their importance to the world.

They migrate like some cattle to a sacred union and all have a big turd in it with their shitty opinions about how nothing is their own fault, after which they get merry and drunk with their unnatural socialization of freedom and start eating their own faeces because its the most socially acceptable thing for them to do. 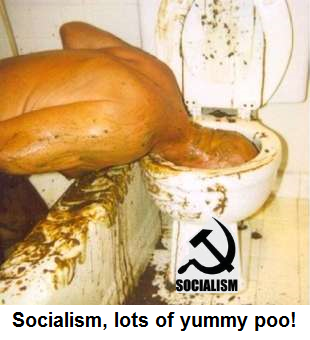 Socialism isn’t a healthy socialization, it looks good and lively to many but when you get close to it, the smell hits you – that oppressed smell however, is a mating call for the memes, from here onward the little insects come to enjoy the people’s banquet where everyone has a nice equal devour at the shit hole.

Viewed critically, this socialization appears inside-out, it doesn’t benefit anyone, the ideology retreats from its surroundings and builds a new world of its own inside a very few stony principles, such as ‘equality’, everyone is ‘equal’. A little rock pool of crustaceous proles, or a toilet.

Realists on the other hand, want a natural-socialization, and that is what tradition (whether futurist or not) and conservation is. We know that not only is there a world out there beyond the little rock pool, but there is also challenges we have to overcome if we wish to survive as a species and eating our own cultural faeces is not going to change that.

Socialism is really a retreat from natural reality without the self sustenance needed to ensure they don’t die (that is, you need to eat the fruits of nature rather than the fruits of the toilet). These socialists won’t fight for a right for independent nations away from their mindless desires, nor will they preserve ecosystems from human contact, because that’s against the human rights!

They will however, make sure that everyone can smother themselves in these gross little lies so that they can force every individual into becoming a monoculture race of brown people smothered in shit because they refuse understand that some people are better than themselves, they think “If everyone was equally smothered in shit, then we can all be shit together!”

Successful civilizations of the past, the west included, build their socializations inward initially connected toward natural reality therefore able to sustain themselves, modern civilization is when it gets to a point where it no longer wants to believe in the outside world and everyone prefers to live in a toilet and becomes accustomed to the smell of lies and slowly devolves to match the form of the ruinous civilization further decaying it into nothingness. 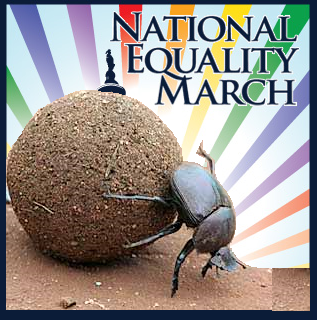 Socialism tells the people that they have to fight for human rights and equality, and that these are their little ‘truths’ that they roll around and worship. If you try to take their ball of crap away from them, they will gather the hive of other poo revolutionaries to come and attack you for being an evil, FACITS! RACITS1 nazi!!1!

Natural socialization is a secondary attribute given to all species once they have understood and overcome their natural needs enough to surrogate, they create memes – and connected to nature as a foundation it is great and allows us to get high on all kinds of idealism for a short while, a kind of organic surrogation, we build culture, religions and what not.

But none of this is socialism, socialism is the after party, where everyone is drunk on their lies and freedom and are vomiting it all up.

It’s a consequence of consuming other people’s meme’s without reinforcing the foundation of nature, the ecosystems to ensure the population doesn’t fall apart, turning the entire island of civilization into a stinking swamp, with billions of biting insects passive agressively fighting for rights without the responsibility over their own retarded actions.

So just remember – don’t eat it.