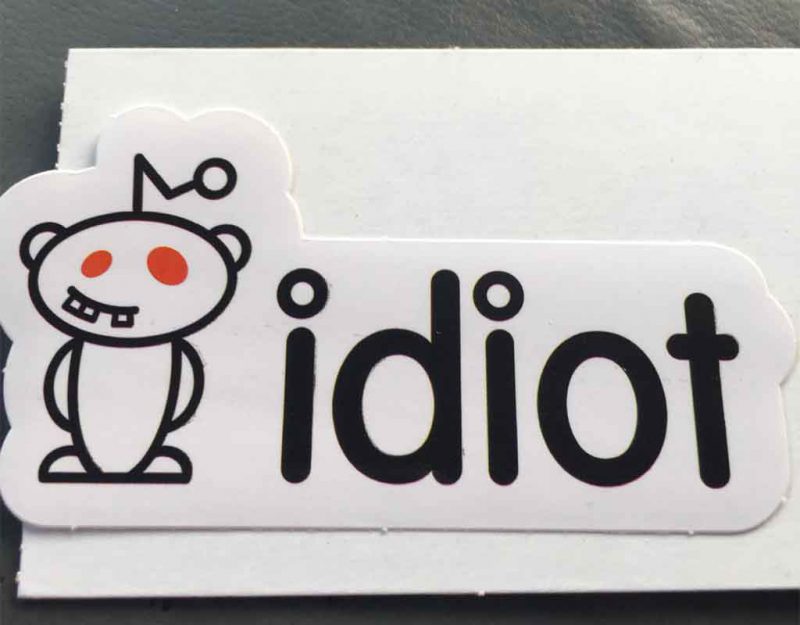 Reddit has discovered a new way of dealing with Right-wingers on its otherwise Leftist echo chamber of a website: it “quarantines” them and justifies the process by claiming dubious extensions of its content policy.

First, it deplatformed Atavisionary, who many of you know from our Nationalist Public Radio podcast, for posting a link to Project Veritas.

Reddit users responded by posting Project Veritas links everywhere. You can support Atavisionary by visiting his website and reading him.

Next, Reddit quarantined /r/The_Donald, its lone pro-Trump sub-reddit (or “sub”) using the excuse of threats made against law enforcement.

Historically, Reddit has banned any subreddit that has gotten enough negative media attention, but in this case, the touchpoint seems to be the Project Veritas video that explored Google. Reddit’s content policy is written vaguely enough to be enforceable at will, and Reddit has used this to ban a number of Right-wing subreddits for no actual reason other than being Right-wing.

Some pointed out that these actions happened just before the DNC debate, which surely was coincidental. Just kidding; it never is. Quarantining The_Donald by Reddit allowed Google to remove /r/The_Donald/ from search results without having to do it directly themselves. Leftists work together, sort of like amoebae and slime molds.

Reddit is doing what the other big services are doing. Instead of admitting that they are banning conservatives, they set up codes of conduct which make it basically impossible to encourage action against any group or individual, and then selectively enforce them.

Do not post content that encourages, glorifies, incites, or calls for violence or physical harm against an individual or a group of people; likewise, do not post content that glorifies or encourages the abuse of animals. We understand there are sometimes reasons to post violent content (e.g., educational, newsworthy, artistic, satire, documentary, etc.) so if you’re going to post something violent in nature that does not violate these terms, ensure you provide context to the viewer so the reason for posting is clear.

In other words, if you make a policy suggestion, like supporting the death penalty, this rule can be applied against you. If you encourage resistance, that will be “glorifying” violence. If you call for vigilance, that can be seen as “inciting” violence.

Naturally, these are applied against conservatives while violent Leftists get a free pass.

If you want to annoy Reddit, click on this link that loads banned subs which have been removed under this ambiguous code of conduct.

All of these sites are using the same basic approach as political correctness, which is to declare anything other than Leftism to be bad behavior, and then removing all conservative content under that aegis.

Twitter has doubled down on this policy, stating that it intends to censor statements by politicians which speak out against identifiable groups:

Twitter’s rules prohibit threatening violence against a person or group, engaging in “targeted harassment of someone,” or inciting others to do so, such as wishing a person is harmed. It prohibits hate speech against a group based on race, ethnicity, gender or other categories, and disallows the promoting of terrorism.

Some activists complained this week after the president posted that an attack by Iran “will be met with great and overwhelming force. In some areas, overwhelming will mean obliteration.” Trump has also tweeted a video of himself beating up a man with a CNN logo replacing his head and retweeted seemingly faked, inflammatory anti-Muslim videos.

In the meantime, blue-checked users on Twitter continue to call for beating Republicans, white genocide, and other acts of violence with impunity.

Conservatives and Leftists are heading for a great split, with each of us needing parallel institutions — governments, banks, lawyers, police, and communities — in order to coexist. That obviously will not be stable, so Civil War is on the horizon.