Smugness as a Liberal Battle Drill 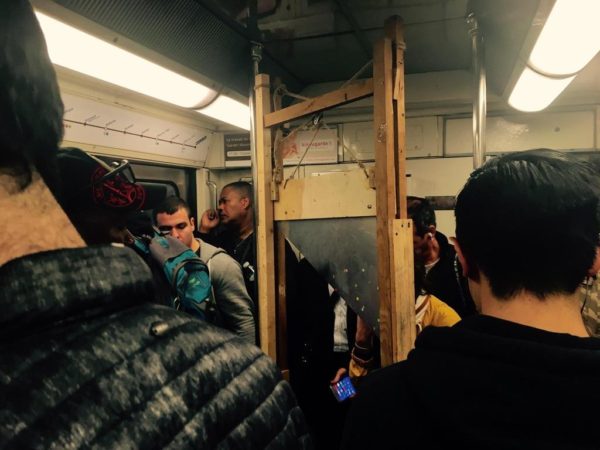 You may not like smug lefties, but what are you going to do about them? Face the “truth”: Smugglypuff has more genders than you have brain cells. Of course, she is always right. If Jake Tapper asks, she biotchsplains him right and proper.

“But is there a smug liberal problem?” asked Tapper.

“I don’t think there is,” replied Bee. “I do the show for me and for people like me, and I don’t care how the rest of the world sees it quite frankly. That’s great. We make a show for ourselves. We put it out to the world. We birth it and then the world receives it however they want to receive it.”

Like a radical Protestant convinced of her own election; she feels saved and thus is. She makes the rules and therefore bears no responsibility for following them. She sees a Trump voter whose brother has a whacked-out haircut. She accuses him of wearing Nazi Hair.* Boy is she morally indignant about School Choice advocate Betsy DeVos being named Sec Ed.**

Let a Conservative try that behavior and it would be branded hypocrisy. It’s a good things she’s a member of her own, self-annointing elect so that it is different. Trevor Noah is typical of the genre. Even The Atlantic finally found his schtick excruciating.

…he berated the Republican candidate for tweeting with â€œthose fat little tiny fingers of yoursâ€ and for trying to think with â€œthat stupid head,â€ and when he advised the candidate that â€œmaybe you should look in the mirror, asshole.

Because nothing smacks of coruscating philosophical enlightenment quite like retorting “maybe you should look in the mirror, asshole.” Why thank you, you glimmering reincarnation of Aristotle!

But is M(r)s. Flanagan correct that this attitude helped elect President Trump? That’s a fair question. I think no. I think this is weaponized crowdism and deliberately domineering projection. It was Saul Alinsky’s dictum that only the enemy should have to abide by a code of honor. How does one enforce anything resembling a code of honor when Chivalry is dead and God has been murdered? Mockery. Brutal, savage, demeaning, unceasing mockery. All who defect must be rendered outcaste. Off to the Basket of Deplorables they must go!

And when done properly, this is as effective as terrorism. It works like hell. The people who pay Samantha Bee to do this are a lot smarter than she could ever claim to be. Hillary didn’t even think “Basket of Deplorables” was a gaffe until it backfired. Had Donald J. Trump and all of his supporters not pushed back like hell, it would have worked. Putting it in Hillary stump speech was a considered tactical risk instead of an error. It’s easier to beat people who have been groomed to it.

The smug, insulting, demeaning liberal “comedy” and “helpful observations?” These are deliberate attempts to condition you to your perpetual inferiority. It will be tried again and again. When rebuffed, Samantha Bee will be temporarily “sorry.” She will be sorry you didn’t understand how intelligent she truly was. Ten seconds after the apology, the mockery light goes back on. THis is not spontaneous entertainment. It is a battle drill.

** — Until someone tries letting the Knee-Grows go to school with her precious hatchlings.

The Dancers | Awareness Of Your American Indoctrination