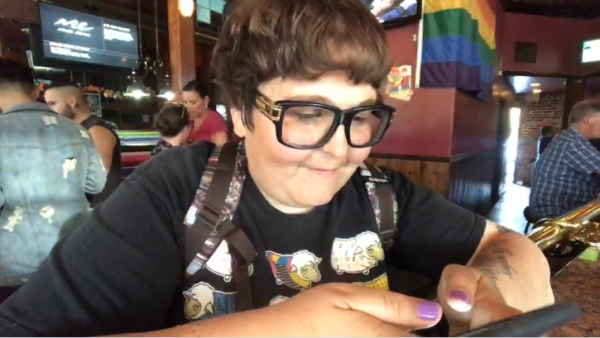 Watch for this trope to expand on the Left: they will disavow SJWs so that they can work in parallel with SJWs, advancing the same ideas but at different levels of extremity.

A fairly clear example of this is making the rounds with Keri Smith’s “On Leaving the SJW Cult and Finding Myself,” an essay in which she simultaneously distances herself from Social Justice and re-affirms her hardline Leftist beliefs:

I know a lot of my liberal friends are blessedly NOT privy to this part of the left. I was talking with a friend who is also liberal and she does not see this kind of stuff regularly, like I do. In the venn diagram that is Facebook, I hope you donâ€™t find yourself overlapping with this circle, or maybe I do, because my vantage point may shed some light on why my beliefs are changing, and on where I see things possibly headed.

I see increasing numbers of so-called liberals cheering censorship and defending violence as a response to speech. I see seemingly reasonable people wishing death on others and laughing at escalating suicide and addiction rates of the white working class. I see liberal think pieces written in opposition to expressing empathy or civility in interactions with those with whom we disagree. I see 63 million Trump voters written off as â€œnazisâ€ who are okay to target with physical violence. I see concepts like equality and justice being used as a mask for resentful, murderous rage.

The most pernicious aspect of this evolution of the left, is how it seems to be changing people, and how rapidly since the election. I have been dwelling on this Nietzsche quote for almost six months now, â€œHe who fights with monsters, should be careful lest he thereby become a monster. And if thou gaze long into an abyss, the abyss will also gaze into thee.â€

Did you catch the sleight of hand? She simultaneously accuses the SJWs of being too extreme, and refers to the Right as “monsters” and an “abyss,” misusing the classic Nietzsche quote about directly fighting certain mentalities and adopting their outlook (not necessarily their methods, as Smith alleges).

Her statement allows her to both rise to an egalitarian position by pitying the poor Rightists, and simultaneously affirming her commitment to the same Leftist dogma that propels the SJWs. This allows her to fight in parallel with them while pretending to take the moral high ground:

I believe taking on the task of honestly assessing and trying to improve my character, and speaking up for principles of equality, justice, free speech, liberty, peace and love in a WAY that supports those principles rather than increasing resentment, hatred, and murderous rage, is the way to change the world. If that makes me a moron, a naive peacenik, a privileged bigot -a heretic- in your ideology, so be it.

In other words, she has the same value as SJWs. Perhaps we should revisit Stevens’ First Law Of Leftism, which states:

Leftists take on many names — liberal, Socialist, Libertarian, progressive, Communist — but they differ only in degree, because they are working toward egalitarianism which cannot tolerate any dissent because contrary examples prove its theory to be non-absolute.

Remember the birth of the Left in the French Revolution: they killed off ten percent of the country, including whole families, and lowered the average IQ of their nation by ten points before embarking on a suicidal world war to bring Leftism to the rest of Europe. The same pattern appears wherever Leftists gain power: Red Guards, killing fields, Jacobins, secret police, gulags, show trials, torture and guillotines.

They are all the same, no matter what words and symbols they use to dazzle and confuse your mind.

Leftists Attempt To Summon Crowd To Depose Trump With Secret FISA Indictment | What Made The Baby Boomers So Destructive?