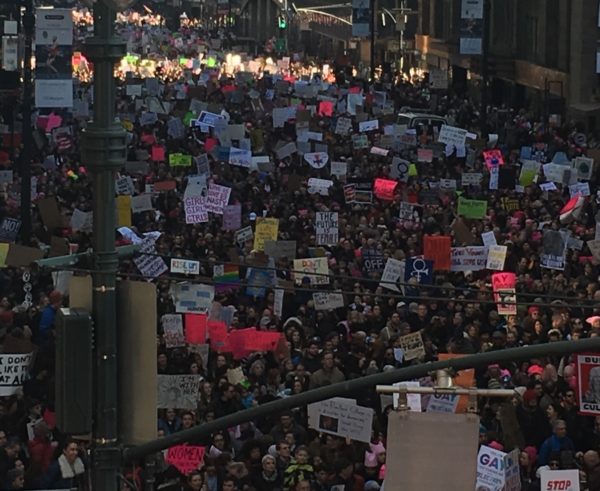 Leftists realize they are losing dominance of the narrative through the combined assault of media, government and academia. In each of these industries, people have made careers by enforcing the dominant ideology of Leftism, and without it, they will be forced to compete on the basis of delivering results, something they seem less capable of doing.

These industries work as de facto monopolies, using not a single company or institution to control the market, but a broad and tacit conspiracy to only mention, promote and hire those who are “good thinkers,” namely those who advance Leftism in its post-Soviet form of consumerism (replacing capitalism) and social welfare states, justified by civil rights concerns.

Concerned about the rising wave of “populism,” or resistance to the Establishment they have created to enforce this monopoly, the Leftist industries are launching a new attack on Donald J. Trump through a sealed indictment based on FISA data:

Separate sources with links to the intelligence and justice communities have stated that a sealed indictment has been granted against Donald Trump.

While it is understood that the Supremacy Clause of the Constitution means that, until Mr. Trump is impeached, he cannot be prosecuted, sources say that the indictment is intended by the FBI and prosecutors in the Justice Department to form the basis of Mr. Trumpâ€™s impeachment. The indictment is, perhaps uniquely, not intended or expected to be used for prosecution, sources say, because of the constitutional position of the President.

The Foreign Intelligence Surveillance Act (FISA) allows, among other things, collection of electronic signals data from foreign powers. The American government will not wish to reveal the extend of this data, which makes sealed indictments a plausible possibility, but this creates a loophole: the secret investigation can be used as a weapon.

If a secret indictment reveals cause for further investigation, it creates a dilemma for the president. He must either unseal the sources so he can defend himself, which will open him to accusations of weakening the nation, or deny the witch hunt on the basis of secrecy itself, making him look guilty.

The Left is fully aware that it does not have data to support its accusations, and is hoping to convict by implication, using the media to whip up the Leftist constituency into a frenzy. It may not even intend to actually impeach Trump, only to give itself more talking points which will fascinate the conspiratorial mind and drive the crowd into a polarized mass movement against the presidency.

By using the “court of public opinion,” the Leftist industrial Establishment (L.I.E.) hopes to shatter the power of the Trump presidency and recapture the 2020 election before Trump can further dismantle the methods that the Establishment uses to control its herd, who most of all fear instability that could threaten their livelihoods and so can be counted on for a “panic vote” against actual change.

Undoubtedly this new sealed indictment is based on the same dubious data that was purported to show Russia hacking the election, the comedic Steele file filled with cocktail party chatter, and other attributes of the general Leftist meme that Trump is somehow colluding with the newly-Hitlerized anti-LGBT Russians.