Homogeneity and the blank slate 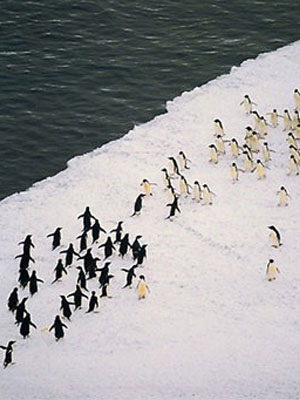 In this topsy-turvy world, the fools are sure they are geniuses. Some may even be very intelligent and even genius by the IQ test marker, because intelligence generates such a flood of information it makes people easier to mislead. Ultimately what makes someone a fool is their will to mislead themselves.

Even very smart fools are still foolish because they have decided to escape from plain logic. Plain logic suggests that the world is as it is, and we the inhabitants of it must adapt ourselves to it. Fools instead prefer to think that they can alter how the world appears, and have thus created a higher “truth” than reality.

This is an artifact of the social process, by which my buddy comes to me and tells me that he has failed a test, his marriage has broken up, or his job isn’t going well. Because I sympathize, I tell him that the test was rigged, the ex-wife was no durn good anyway, and the job is not important. Then we go fishing and talk about good things.

That substitute reality makes him feel better, and lets time pass so that he can heal from the shock and change to meet the new circumstances. It is meant kindly; it’s as old as the hills. However, many of us know the difference. We know that reality is more complex than “the world is bad and you are good.”

From that simple formula we develop the idea of the modern “blank slate,” in which we assume all people are the same and differ in life condition only because life did things to them unequally. This allows us to extend confidence to their personalities, and bypass their actual abilities. It is kindly meant.

However, extrapolating from that — because no idea exists in a vacuum, and each effect of the prior idea becomes the starting point for the next idea — we develop the modern concept of “being different.” This is because, if we’re all the same and outcomes are arbitrary, we can only prove ourselves interesting or worthy by deliberate choices of appearance.

Thus enters a new religion: that of heterogeneity, or of everyone being different. We call it pluralism, and it takes many forms. First there is warfare to remove class, so that we are each different as individuals and not members of groups. Then we want to remove culture, nationality, ethnicity, gender, religion, etc. Nothing can come in the way of the individual being different.

As part of this, we engage in the facade of “diversity.” In this, we invite people from all over the world to our country, where we intend to mainstream them and assimilate them with our non-culture, then force them to be different just like us by dressing outlandishly, having weird hobbies, Instagraming odd food, being quirky and ironic, etc.

But we should ask ourselves a vital question. Who wants heterogeneity? It would be interesting to see what type of personality is involved and the underlying psychological factors. And on the flip side, who are those who want homogeneity?

Let’s answer that one first. The type of person who wants homogeneity is someone who emphasizes efficiency and function over all else. With most people being similar, and acting in unison or independently toward similar goals, efficiency is at an all-time high.

This means that jobs, duties, etc. are done quickly and the focus returns to the individual. In fact, under this system the individual has a lot more free time. People who want homogeneity are people whose primary work is within, improving themselves through discipline and a transcendental view of reality. Our ancestors were like this.

And who wants heterogeneity? People whose “within” is empty, and who want constant distraction to fill the void left by its absence. For them, society is entertainment, jobs are socialization, duties are a chance to show off their uniqueness and life is without inner purpose.

People of this nature destroy everything they encounter, usually by slow subversion. There is room for only one love in their lives: themselves. However, they don’t express this by disciplining themselves or looking for larger meaning outside themselves. That would oppress the self. Instead they indulge it, and like a chaotic world instead.

The chaos helps them hide, among other things. A crowd full of diverse and motley people is the best place to conceal one’s own broken self-esteem, ill deeds, or even just lack of any real purpose or joys. When you are surrounded by chaos, it functions as a form of camouflage, so that you fade into the background. You do not stand out, because everyone is standing out.

They are only running away and hiding, however. The real challenge is within. Most of humanity is composed of individuals with low impulse control whose actions represent a tennis ball zinging from emotion to judgment to desire. They respond not deliberately, but to whatever pops into their heads at the moment. As a result, their decisions (and the consequences of those) are chaotic, inconsistent and often incomprehensible.

A lucky few use discipline to make their minds work more like deliberate organs. They encounter stimulus, whether without or within, and analyze it carefully before making a choice. Nothing is reaction, and emotion and/or socialization does not rule them. Unlike most of their species, they are truly liberated to own their own decisions.

This is the real blank slate, and the one the heterogeneity folks fear. Their minds are empty of preconditions and reactions. In contrast to that state of clarity, most of us look like impulsive animals. No one wants to be shown up like that, so many of our people invent the fanciful world of heterogeneity to hide that shortcoming.

For the sake of humans, replace the humans | Sitzkrieg’s end