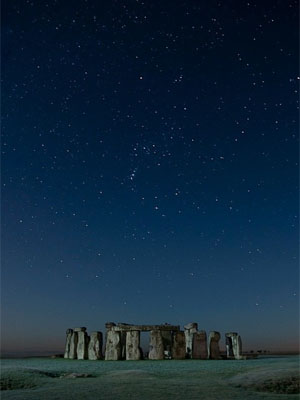 On both sides of the Atlantic ocean conservatives are in disarray. Soul-searching and rending of cloaks follows lost elections or foregone opportunities. Everyone seems to know what to do, except that means that no one knows what to do because there are too many options.

Relying on articles written in the mainstream press and their own internal debates, conservatives are generating massive storms of confused statements. In doing so, they are acting out the dreams of their enemies, because the confusion and fear are palpable, and are alienating voters at a rapid pace.

Complexity has arisen where none needs to be. Instead of relying on this completely dysfunctional process, conservatives should consider going back to the type of simple advice that has guided us in the past. Ours is a viewpoint of gut instinct and holistic knowledge, and it’s not going to fit in any other template.

1. Identify what you stand for.

An alarming number of conservatives have no idea what conservatism is. They can recite positions on certain issues, or quote public authorities, but they have no idea what the philosophy is as a whole. Liberals have a clear ideology, libertarians have a single rule, but what do conservatives have? Billions of hours of video, reams of paper, tons of commentary, and the end result is chaos.

What is conservatism? By the nature of its name, it is to conserve: this means to save what is good, pitch out what is bad, and ignore the rest. Logically, this extends to a few other ideas. First, we’re about results and consequences in reality; this is not ends over means, per se, but paying more attention to ends/goals as contrasted to results. Second, this requires a study of the past to know which ends we’ll achieve with our actions. Finally, this implicates a goal that is ongoing and timeless; in our case, it’s a quest to produce the best society possible by following “the good, the beautiful and the true.”

2. Do not be reactionary.

A non-reactionary conservative is baffling to liberals. They do not like whole truths. Their movement is social, which means it is based in individuals regulating their self-esteem through participation. This means that they do not attempt risky things like creation of new ideas, but instead focus on details of the current system that they do not like. When they spot an offensive detail, they rally the troops for a Two Minutes Hate, and then attack obsessively.

By no means should conservatives ever stoop to the liberal level and talk about details, or things we dislike. Among other things, you will never beat liberals at complaining: they are the masters, and they are a billion times better than you will ever be. Focus on the big picture instead, and where we want to be eventually.

3. Do not adopt the values of your opposition.

Right now, the right is a giant stack of people all shouting at each other. Things are wrong! Somebody fix it! Since most of them are accustomed to business, they offer a business-y solution: figure out what the other guy is doing, and imitate it.

However, in business as in politics, this is a bad idea if you’re behind. The other guy has the upper hand in that area, and by imitating him, you offer an inferior substitute, not a different option. This drives away people who want an honest option while simultaneously failing to attract people to you who will get a better deal with the other guy.

In the case of Republicans, trying to be more leftist is a strategy destined to fail spectacularly, which is why liberals consistently urge us to adopt it. They tell us that if we be more like them, we’ll get the votes; in fact, we’ll lose our audience and fail to gain theirs, and basically die out at that point.

We should have learned this with John McCain. Throughout his campaign, he waited nervously by the podium chewing his nails. When a liberal suggested a plan, he leaped into action, proclaiming his own plan which was basically the same except it had some advantage in the details. Everyone nodded and ignored him, because he made himself irrelevant.

Romney/Ryan were doing their best in the polls when they had strong conservative opinions that stood out from others, and when they emphasized common sense whole solutions like fixes to the economy and society. They lost as soon as they got cowed by media coverage of the 47% remark, and started trying to imitate leftist positions.

We can’t beat that without becoming non-conservatives, at which point everyone will flock to the Democratic party anyway. Do not try to play this game as it will fail.

A simple detail is an annoyance; a simple highly abstract statement can summarize a belief. For example, Marxists have the idea of class revolt through dialectics; anarchists have the idea of no leaders. We need to stick to similar simple ideas as conservatives, and stop the panic and chicken little activity so that we can focus on what makes us popular with other conservatives, and use that consensus to win.

Chinua Achebe | Breakfast with the Dirt Cult by Samuel Finlay