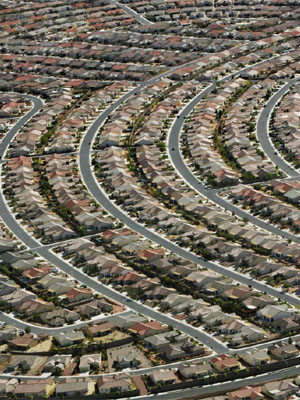 Intelligence is a fragile thing. In individuals, it can produce great results but be unstable. In a society, it can be fatal.

With intelligence comes the problem of having a brain that does not easily power down. Like the engine on a race car, it likes to go at full-speed all the time. If you can’t load it up with interesting information, it invents it, without any guarantee that it’s correct.

That’s an old fashioned concept — correctness — predicated on the notion that reality is out there, it exists and we share it with similar effects on each of us, thus some descriptions of it are more accurate than others. The modern concept is that any interpretation is equally valid.

The problem with these brains is that because they run at full speed, and pick up on just about any idea whether it’s correct at all or not, they generate a flood of these equally valid interpretations. Paradoxically, the smarter a society gets, the more likely it is to bury itself in lies.

This in turn introduces a condition where in order to stand out among the lies, the individual must achieve power and push aside others.

Individuals rapidly learn to use society to their own advantage. Instead of moving directly toward their objective, they move sideways. Their goal is to use other people to force that objective toward them.

When frustrated by social rules, you can always strike sideways. In fact our society is full of it. Underneath the calm surface of rationality, a cauldron of discontent and hatred boils. It manifests itself in people using society against one another.

For example, I can use society to take your stuff. All I need to do is invent a reason why you’re bad (racist, satanist, communist, fundamentalist) and then claim you’re either incompetent or that you threaten the rest of us. They will then glibly rush in and tear you to shreds and take your stuff, allowing me to take some too.

I can create an unstable world for anyone who does not live in my style of gated community, go to my exclusive clubs and institutions, etc. I’ll pity the criminals, not avenge victims. I’ll spend money on subsidizing and protecting fools. I’ll make stupid laws, with exceptions for myself or those who can buy their way out. Suddenly I’m on top and you seem puny.

As a final act of revenge, I can poison a society against all reason, creating a “logic bomb” that will only go off long after I’m dead. This enables me to take revenge on all of you, especially those who I think are parasitic brats (for many people, sadly, this includes their own children).

If I come at you straightaway, the rest will see me as an aggressor and take me out. If I move sideways they remain oblivious, and will defend me if you counter-attack. This is the way of intelligent societies: snippy, anxiety-ridden, neurotic, prone to pettiness.

The only solution is to give those big brains something real to consider and chew on. Big issues. Big tasks. But those are threatening to the individual ego, and its concept of equal validity, so we run from the one salvation we might have.

An empire of passive aggression, full of people acting selfishly and striking each other obliquely, rolls out across the land. It consumes everything in its path. It would be nice to blame some horrible government or cult, but the truth is that the devil finds work for idle hands — or idle minds