Every land gets the government it deserves 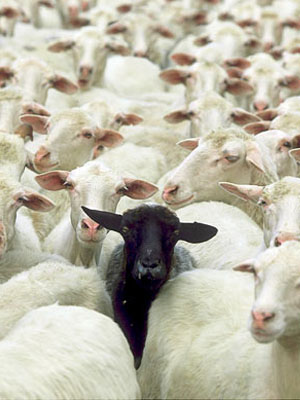 A popular refrain these days is, “No good deed goes unpunished.” People like to say this, and in normal conversation, it’s too controversial to decode it because it is so popular.

Let me tell you what it actually means: “I do good deeds, and I’m sick of doing it, because there’s no reward, but I still want credit for being good.”

Even taken a step further: “The problem is other people. I am a good person. Go beat up on someone else.”

Which boils down to: “It’s not my fault, I’ll call you back.”

Which ultimately projects as: “It’s not my job to fix this.”

Ah! We drill down into this simple phrase, and we see what people are broadcasting. In fact, it’s what they’re most commonly broadcasting. Not my job, not my job not my job. This lets them enjoy civilization without having to undertake any risk or difficulty for its upkeep.

In fact, the average germ floating around in your body just waiting to make you very sick is probably broadcasting the exact same thing. “It’s not my job to make this work, I’m just taking a little nutrition here and having some offspring… look at ’em go! Welp, there’s the sneeze. Guess I’m on to a new host. Take it slow.”

The point here is that this is a social exercise, which is measured in self-image because that is how the individual manipulates political power, not an exercise in thinking. It’s not politics. It’s not reason. It’s not even ideology. It’s a silly chimplike animal preemptively defending itself by inventing a justification for its inaction and parasitism.

If you want to know why monarchs ruled with an iron hand, it’s this. If not given some goal and some social order, people revert back to being independent agents. Independent agency is incompatible with civilization as it turns individuals into parasites who take all that civilization has to offer, and then refuse to do their part upholding it.

Their part? Think of it this way: you either need a cop on every streetcorner, or civilians who mostly obey the rules and will at least report when someone breaks them.

We could live in a zero crime world. If people were as intolerant of each other committing crimes as they are of people parking in their reserved parking spaces, we’d have a situation where criminals were on the run constantly. But instead, people have a “it’s not happening to me” mentality and so they do nothing. Then they say “no good deed goes unpunished” to justify their lack of action.

A prime example hit the news today. After the last couple years, where we’ve had people protest at Occupy Wall Street, boycott for CISPA and the RIAA, get up in arms over Kony 2012, etc. we have a real crisis.

And the response? Nothing. Silence. “No good deed goes unpunished.”

The crisis is this: the Supreme Court, over the objection of arch-conservative judge Antonin Scalia, has ruled that the state can take your DNA if it arrests you.

You have nothing to worry about if you don’t do anything worth arresting for, they say.

But turn it around: if they want your DNA, they’ll find a reason to arrest you! Common sense; this is how people work. Jaywalking, unpaid library fines, even wearing brown shoes with black slacks. And having as many DNA profiles in that data bank as possible paralyzes those who might cause trouble, because then they’re certain to get caught. You can see Scalia’s point.

Somehow, all the useful idiots who were pledging to suicide if CISPA passed — a non-important bill that indemnified internet providers for giving information to the feds as they do routinely anyway and have for two decades — are not around to protest this. It must have slipped by while their favorite TV show was on.

This is why civilizations self-destruct. The people lose a sense of integrity and turn to self-pity. Soon you’ve got lots of experts at making excuses or working through surrogates, like donating money to bums or charities, and no one is watching the road ahead. The corrupt politicians realize this is money for the taking and they take advantage of it. Is it a crime to rip off lazy slovenly idiots? Probably not.

You are surrounded by people who are sure that someone else is to blame. They boil over with rage at the politicians who are screwing them over, ripping them off, destroying their future. And then when the beer is finished, their rant is over and they go back to life as normal. Why? It’s just easy enough to earn enough money to be totally apathetic and selfish. Society bought them off and they sold their souls. Every day.

Instead of looking for someone else to blame, look at the obvious: our citizens are inert and they are the nexus of power. Democracy has failed because the average person isn’t ready for the responsibility and never would be, or they wouldn’t be average. This is why the founding fathers restricted their voting audience to millionaire men over 30.

Over time, in spasms of self-pity, the housewives and beta males of America decided that they needed to be more “compassionate.” That, too, was a dodge, a social theory standing in for where a political theory was needed. And so now the citizens have indulged their worst traits and ignored the actual task before them, in fact have concealed it.

And no bad deed is punished.