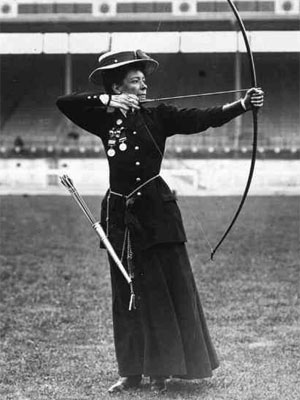 Consider the Octo-Mom, a modern day myth if there ever was one. The Octo-Mom is just like a serial killer; she is a serial-birther. Charles Manson may as well be the father. Indiscriminate killing is equal to indiscriminate birthing. We do not see her as a murderer, but this is pretense. Her goal was having children, and all else was indiscriminate. For her, it was like getting her nails done or buying a pet poodle.

A birth is in no way superior to a death. If anything they are equivalent. The predator needs its prey, but the herd also needs its predator or the herd becomes overwhelmed in indiscriminate and directionless individuals who weaken the herd. The herd can face death every day, or it can suddenly face failure through nonexistence. It fears death so much it makes death taboo, and failure much more likely.

Fertilizer is dead matter out of which life arises. Without the constant death of organisms to provide decaying matter full of nutrients, plants would not grow; without the death of (parts of) plants to be eaten, animals would not live. Life needs death much more than death needs life. If this was a poker game, Death would be on the button, with a 10 to 1 chip advantage, puffing away on a cigar (Death doesn’t have to worry about cancer).

Now consider the recent story of Suzy Favor Hamilton. Suzy Favor was an Olympian runner that recently revealed she led a double life as an escort. She was not bankrupt or in need of money. She is another form of the indiscriminate, essentially confusing lots of sex with the meaningful feeling that sex in the right context can deliver. She favored the indiscriminate “life” over death, and so encountered failure as a person.

As far as the excuses we give for the Octo-Moms and Suzy Favor Hamiltons of the world, these are mostly nonsense that we agree to pretend is important so people aren’t offended. Hamilton’s indiscretions were rationalized as “coping mechanisms.” Fair enough, but did you know that Ted Kaczynski’s mail bombs were also coping mechanisms? It may be hard to believe, but I am a psychoanalyst — just ask me!

You may recall that in the 90s, out of nowhere, rose yet another vague, nebulous “awareness campaign.” This one was essentially about safe sex and sex in general. We all needed to have lots of frank discussions about sex and be educated about sex, and who better to talk with you about sex than MTV and your gym teacher? They supported the indiscriminate, too, because they saw sex as a way of keeping death away. Maybe more of it will help.

Our society needs to own up to the importance of death. Without death, there is no life. Without life, there would still be death. Humankind has mastered many things in life, but even if we beat old age, we will not beat death. If I was a gambling man, and I am, I would wager that man will most likely never master death. I will give you 10 to 1 odds; my money is on death all the way. Man is not the master of death, for Death is the master of Man.

Death of capitalism? No, of modern liberal economics | The Multicultural Mystique by Harriet E. Baber