Death of capitalism? No, of modern liberal economics 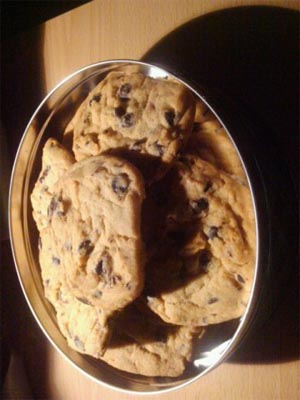 Let me be the first to say that capitalism is imperfect, and is a terrible singular principle for leadership. Like democracy, it encourages a growth in what is popular over what is sensible, which generates a form of mob rule and race to the lowest common denominator.

However, in a nation with good leadership, capitalism provides a more organic framework than command economies like socialism, communism and some types of fascism. It is far more granular: individuals see opportunities, exploit them, and are rewarded. Gradually, the more productive generally rise to the top.

By generally, I mean statistically; demographically; on average. These roughly similar terms mean that we can’t say much about a given individual case, but across the board and looking at the situation from above, we see that it usually works. Social organizations and charity need to be there to organically address the exceptions: starving genius inventors and artists, injustices, and incompetence.

For all of its imperfections, capitalism provides the best system because it is natural or close as we’re going to get. A contract-based, reward-pulled system works a lot like our environment, in that opportunities reward those who exploit them. There’s not a need for a whole lot of control. This is why conservatives like soft Social Darwinism: we can’t promise you that in every case justice is done, but there is always at least one way for motivated individuals to have a good life.

Liberalism works on the opposite principle, which is that instead of providing opportunity, we divide up our wealth and distribute it evenly and hope that this avoids conflict and injustices. As the last 400 years shows us, it doesn’t avoid injustices — it just transfers them to members of the successful groups. Liberal societies carefully cannibalize their most productive so that everyone can be equal. It’s like a form of cancer.

We’ve heard a lot in the liberal media about how this most recent recession is the “death of capitalism” or “the end of American exceptionalism.” I think as usual, the left-biased media are misreading the situation: this is probably not the end of anything, but it’s closer to being the end of trust in liberal economic and social policies, which amount to the same thing: a redistribution of wealth.

How does redistribution of wealth occur? Tax the productive, and take their money and spread it around through entitlements which are a form of social spending. Welfare, public health programs, “awareness raising” campaigns, anti-drug programs, publicly-funded charities, bureaucracies that fight against discrimination and inequality — all of these are social spending. And what has been rising since 1950 in the USA? Social spending.

By contrast, social spending (what the Office of Management and Budget categorizes as “payments for individuals”) was a mere 26 percent of the budget in 1960. By 1989, the year Reagan left office, it was 47 percent. Today, it’s 64 percent, and growing. In 1960, non-defense spending was 8 percent of GDP; today it’s 20 percent. And that’s only at the federal level, not including state and local spending for social programs and government employees. This, not defense spending, is what’s driving the U.S. and the Euro- socialist democracies (that spend a lot less on defense) toward bankruptcy.

Providing for the national defense is the single most essential responsibility of our federal government, without which we have nothing â€” no freedom, no treasure, no country. The only thing more expensive than war is losing one. Leon Trotsky got one thing right when he observed that, “You may not be interested in war, but war is interested in you.” – Denver Post

A country as wealth as the USA, without a strong national defense, faces a series of problems. First, other nations who want to be top dog cut off your trade opportunities with their military might. Then they take out your allies. Then they cut off your energy supply, and finally they move in on you. Over a series of decades, this chokes your country into bankruptcy and makes you easy prey for the final military showdown. Realpolitik? Machiavellian? You bet. It’s reality and if that offends you I’m very, very sorry but it ain’t gonna change.

So we need national defense. And yet we’re not spending much on it. What are we spending our money on? Social spending. Just like Europe. And where has it gotten us? Bankruptcy, on both a national level and at the state level.

Policy makers are working behind the scenes to come up with a way to let states declare bankruptcy and get out from under crushing debts, including the pensions they have promised to retired public workers.

Beyond their short-term budget gaps, some states have deep structural problems, like insolvent pension funds, that are diverting money from essential public services like education and health care. Some members of Congress fear that it is just a matter of time before a state seeks a bailout, say bankruptcy lawyers who have been consulted by Congressional aides. – NYT

The people liked entitlements. Or at least, a lot of people liked them. Because we insist on everyone being equal, we figure one warm body is as good as the next, and so we reward them. Then more appear. And more. And soon, we’re drowning in debt.

Politicians know that to point out the cost and its impossibility, in a democracy, means sure career suicide. So they don’t. They pass the buck between generations and different political offices, shuffle paper and make more promises, and hand out more money, all while knowing that someday the piper must be paid.

That piper comes in two forms: first, at some point bankruptcy must be declared because to pay off the debt burden would destroy our ability to have current services and to fund our own economy; second, in the meantime we will steadily devalue our own currency to the point where to be competitive, our products and services are of a mediocre and very cheap level. So no one wants to talk about paying the piper.

Any society — like the US or Europe — that is voting in such entitlements to random people has forgotten its own realism. That realism states that not all people are equal, and so we want to reward the productive, intelligent, healthy and morally good ones instead of random ones. But that’s impolite and socially unacceptable so instead, we vote in the entitlements. Such thinking comes only from wealth societies where people have the luxury of denying reality, or rather, deferring consequences.

Our great experiment in entitlements in America has snowballed since 1945, when we won the last big war to end all wars, and thought ourselves on top of the world. Feeling wealthy made us happy, so like big tippers at exclusive restaurants, we just handed it out — for years. Then in 1965 we stopped discriminating by race, IQ and nationality and invited everyone in. Send us your poor huddled masses. Feels good like a church service, or giving candy to children. But it is like many things a cruel illusion because it is illogicall, and to double the cruelty, consequences arrive later.

Fast-forward to 2008 when we elect Barack Obama for the same reasons we elected Bill Clinton. Multiculturalism has been part of our entitlement program for some time, and white voters wanted to finally elect a black president so that we could pacify black America, consider past wrongs righted, etc. I remember when Clinton was running for office a woman saying to me in an airport: “I don’t really trust him, but I’m voting for him because I think he’ll improve race relations.” This is how white America thinks: we want to pacify, hand out entitlements, and spread the wealth and then, and maybe only then, will we end the constant chain of racial antagonism. The LA riots of the early 1990s elected Bill Clinton more than any actions he personally undertook.

Yet things didn’t turn out that way. Obama, to his credit, is not the unmitigated disaster he could have been. However, he is a leftist, and he’s continuing the leftist program of expanding entitlements; governments like to do this because it keeps social order and removes competition from the upper middle class. White America got to see then that despite electing a black guy, we were still going down the path (following Europe) of spending ourselves into oblivion while failing to subsidize growth as China, India and Russia (our competition) are doing. Liberals also got a shock, which was that no matter how liberal the candidate, in office he has to face the hard realities of leading a superpower and starts to act like a Republican.

White voters preferred Republican candidates by almost two-to-one in the midterms last year. Their support helped the GOP win 22 seats in the states that make up the Old Confederacy. The Democrats’ only pickup in the region was the New Orleans district where the party holds a registration advantage.

Since November, there have been a string of defections by Southern Democratic state lawmakers, which has prompted renewed speculation about the partyâ€™s future in the region. Former Alabama Rep. Artur Davis (D) said Democrats should even consider running as Independents if they want to succeed.

Lewis, who was a civil rights activist before being elected to Congress in 1986, said he’s concerned the party is losing its diversity, which will make it difficult to reclaim the lost seats.

“We’ve got to go all out and get white voters, especially white men, to come back to the Democratic Party,” he told The Ballot Box. “I just think it’s important for the Democratic Party to roll out and try to reveal itself and not become a party that is split along racial lines.” – The Hill

Too late, I’m afraid: the Democrats by being the party of entitlements have set their own interests against those of white America. White America is not necessarily conservative, but it is relatively pragmatic, and that means that it generally supports Christian social values (or at least does after its kids hit puberty), conservative economics, free markets and small government because it recognizes the inefficiency and incompetence of bureaucracies and the people they tend to hire. Republicans should in the next election not look to their most vocal base, but people who are compatible with their values, even if they aren’t the archetypal Republican voter. This group comprises the most productive segment of our society and tend toward practical solutions, which conservatives offer. This group has finally seen that entitlements are not only not a practical solution, but create more of the same problems they claim to prevent, and also bankrupt us.

That is why that if anything, we’re not witnessing the death of capitalism — or of conservatism, or the Tea Party, although the impractical cases like Sarah Palin are on their way out. What we’re seeing is Europe and the USA waking up, slowly and starting with the unsung community leaders who might not be “intellectuals” or “elites” but are the people who keep their communities solvent. They’re realizing that the entitlement state was always a dream, and we just deferred the bill. Now it’s time to pay, and instead of sacrificing our future, we’re going to declare bankruptcy and move on — but without the entitlement programs.

Could liberalism be a bad mental habit? | Sex and violence