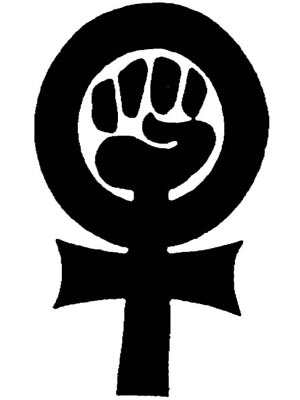 Strong opinions are seductive because they seem like a confident and positive path. In times of crisis, you look toward people with these attributes to find a way out of the mess you’re in.

However, there’s a way to exploit this trust. You can hack other human beings just like you can hack computers, and one way to hack both is to create a false authority. Act like you’re confident and positive, and people are seduced by your strong opinion.

There is always a strong seductive influence to the ideology that pairs (a) victimhood, or the sense that your lack of something was done to you by someone else, and (b) revenge, or the notion that if you just take that something back, everything will be OK again.

Feminism is one such ideology. You have to be a true idiot to believe it, which is why they preach it at you constantly through multiple sources (Hollywood, academia, media, social pressures, government). Slowly they seduce your brain with this victimhood narrative.

But it’s an easy ideology to believe because it relieves you of the burden of solving your own problems and finding your own path in life. Instead of thinking, “What must I create in order to make my life meaningful?” you are thinking in terms of a pre-defined narrative, the intellectual equivalent of a TV dinner.

In this narrative, you have been wronged and all that matters is getting back what you deserve. Does this sound like a familiar plot? Over half of all Hollywood movies use it. Almost all American-style wars use it. Just about every #occupy-style protest uses it. Neo-Nazi groups use it. Whether it’s the banksters, the Jews, men, the popular kids, evil dictators or the rich, someone did this to you and you must crush them and get it back.

What they never mention is that very few things in life are actually tangible things. For example, the prosperity of a country. This is not a huge hoard of gold sitting in a bank somewhere. It’s a complex interaction between leaders, workers, planners and knowledge workers that produces an end result on a continual basis. You can steal a farm, but can you then work that farm and make wealth from it? Those who seized farms in Zimbabwe learned the hard way that it’s not as easy to make wealth as to seize the means by which others can make it.

Unlike most MRAs, I’m not bitter toward women. I recognize that the quality of women varies. Some women are faithless sluts, while others are not, and the proportion is about the same as it is in men. Most people are chaff who cannot make a strong decision on their own, and so they are faithless whores to whatever idea flits across their screens.

Unlike most PUAs, I realize that sex does not equal manliness. Further, I’ve seen enough of life to realize that sex is not what I want out of a woman. Spending my life chasing after poontang makes me a slave to the whores, not someone who rose above and saw the bigger situation, which is that most men who have red blood want a woman who is a battle-comrade, true comrade and partner in making a family.

However, I do recognize that feminism is bunk and that most MRAs are acting to affirm feminism rather than dethrone it. Feminists want women to have no obligation to men; MRAs want the same thing. Both use the same method, which is destruction of marriage and the family. The result is a lot of lonely women and men who live alone in bitterness, having been deprived of the joy of family.

I don’t expect I’ll convince a lot of people. Strong victimhood narratives are more seductive than what I have to preach, which is self-reliance and a journey of self-discovery and adventure in creating a place for yourself in life. Yet I know that in ten years’ time, those who take my advice will be much more satisfied than those who deny it.

Suicide of a Superpower by Patrick J. Buchanan | Greed