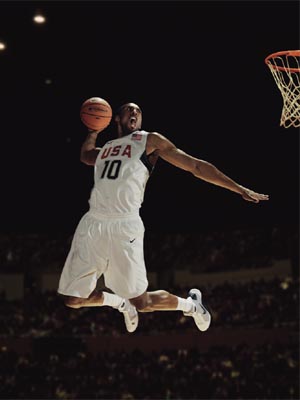 At an intersection in the midtown area, two cars approach a four-way stop at right angles. One car, driven by a blonde woman, pulls up second but pulls away first, perhaps absent-mindedly.

The dark-haired man driving the second car taps the horn as the other car pulls in front of him out of turn, and is rewarded with a rigid middle finger flung at his face. Confused, he meditates on this experience on his drive to work. In fact, it colors his whole day.

The fact is that “blame the messenger” is not only human but probably endemic to having a body. When you are busy thinking about something else, the outside world becomes like a movie playing in another room. If some part of it interrupts you, your first perception is fear, like getting startled by a threat.

As a result, we have a tendency to blame the messenger who awoke us from our mental immersion. We first notice our shock at being suddenly called upon to act, and find it unfair since we are unprepared, and then have a tendency to lash out at the symbol of our failure to notice, namely the other person. We give them the finger and hope our anger carries us past our doubts.

It’s no different at the level of society as a whole.

CEO compensation to average worker pay ratio in the US: 531 to 1. Average in Japan: 10 to 1. – Heritage Institute

When things go wrong, people look for a scapegoat. If someone symbolizes the crisis itself, whether they have any relationship to its cause is immaterial. They are now a symbol, and unlike the crisis itself which is nebulous, a symbol is tangible.

For this reason, if the economy folds our primitive brains have us wanting to go find some “banksters” and string them up a rope, even if their role was far smaller than that of government, welfare, subsidized housing and an economy in transition from production to services-based economy.

It’s the same reason you can immerse someone in two decades of Marxist theory and their best summation is “tax the rich,” or why neo-Nazis distill a complex cosmology into a hatred of Jews and other races. It’s also responsible for the creation of liberalism, which assumes that if someone else is a leader, that person is responsible for all ills, even those created by the nascent liberals themselves.

People love to complain about CEO pay as a result. They forget that this is a relatively tiny segment of the economy and that many of these people are very good at what they do — which includes generating jobs, saving jobs, spreading wealth around and inventing new products. Generally, the degree of outrage is inversely proportional to the person’s connection to the product; almost no one likes CEOs of banks or finance firms, but very few people spoke any unkind words after Steve Jobs shuffled off this moral coil, doubtless while listening to an iPod.

It’s pretty clear now that the broken windows theory applies to community sites as well. The theory is that minor forms of bad behavior encourage worse ones: that a neighborhood with lots of graffiti and broken windows becomes one where robberies occur. I was living in New York when Giuliani introduced the reforms that made the broken windows theory famous, and the transformation was miraculous….The most dangerous thing for the frontpage is stuff that’s too easy to upvote. If someone proves a new theorem, it takes some work by the reader to decide whether or not to upvote it. An amusing cartoon takes less. A rant with a rallying cry as the title takes zero, because people vote it up without even reading it.

Hence what I call the Fluff Principle: on a user-voted news site, the links that are easiest to judge will take over unless you take specific measures to prevent it. – “What I’ve Learned from Hacker News,” by Paul Graham

What we as a culture cannot talk about is the people who have no real skills but are paid too much money. This occurs on two levels: first, the massively overcompensated sports and rock stars and other celebrities, and then on a more mundane level the vast parade of bureaucrats, personnel executives, “designers,” paperwork experts and other functionalistas who take home salaries of over $100,000 while contributing nothing necessary.

At least CEOs do something useful. But they aren’t our pets, like celebrities or CEOs who make iPods are. In fact, CEOs are boring and removed from our daily experience. The mob that forms the vast intersection of our public has no interest in such functional, drag, utilitarian and yet necessary roles.

It is the cult of self that is killing the United States. This cult has within it the classic traits of psychopaths: superficial charm, grandiosity and self-importance; a need for constant stimulation; a penchant for lying, deception and manipulation; and the incapacity for remorse or guilt. – “American Psychosis: What happens to a society that cannot distinguish between reality and illusion?” by Chris Hedges, Project World Awareness

They’re too busy indulging their own pleasures and fantasies. They don’t want finance, they want rock ‘n’ roll, and Kim Kardashian and Paris Hilton, and perhaps Kobe Bryant flying predatory toward the basket rim. They feel like victims of life itself, and they want an escape or at least an uplifting sensation or game in which they can lose themselves for a little while.

It’s this escapist tendency that makes fortunes for many people less useful than our CEOs. Complaining about the necessary CEOs and rush toward the unnecessary, all because it forms easier thoughts in our minds. It’s like missing the reality for the symbol because the symbol is easier to grasp.