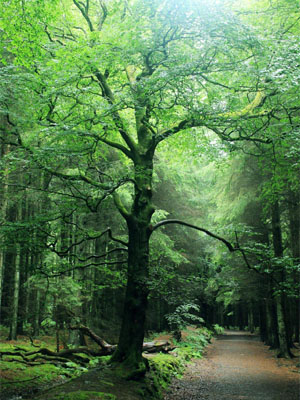 Like many of you, I am a brooder. I observe, I theorize, then I apply and test. And then I fiddle, and repeat, again and again.

This process arises because the genius of existence is that it is a process of perpetual increase in organization, or getting better at what we have always been. It is not a process of changing who we are, only refining it.

Such it is with philosophy, which is the proper name for where the mind wanders. That which looks for answers is philosophy; its opposite are the anthrocentric forms like politics, where we are given choices from among options created by humans. Philosophy seeks to unite reality with our inward impulses.

If anything will open a new direction for humanity, it is this kind of thinking. Politics is motivated by values, values are motivated by observations, and observations are created from aesthetic choices and reality itself. In other words, we choose which of the available outcomes we desire, and from that we build a set of preferences and that trickles down into political orientation.

The oldest form of philosophy is that which insists upon a study of cause-effect relationships. It says, at its simplest possible level, that nothing causes itself; rather, the things we think of as reality come about as a result of chains of causes that are not always visible. Naturally, this clashes with the materialistic belief of our time, which sees all events through a chemical or mechanical metaphor.

Traditionalists are divided on what they are. The most articulate exploration of the belief is through Huxley, who in his The Perennial Philosophy both identifies the roots of traditionalism, and lists some attributes of the belief system. Others point to the Guenon/Evola axis, which basically extends Nietzsche and Schopenhauer back into the realm of the pagan Greeks.

Others disagree with this but I see the most important aspect of Traditionalism as being its tendency to affirm a singularity of reality and thought. In the view of a Traditionalist, all religions are different ways of describing the same underlying divinity, whether they are polytheist or monotheist. Even more importantly, all knowledge is derived from the same world, using the same cause-effect method.

The nature of cause-effect reasoning to verge on ultimate causes creates a schism in that the question arises whether paleoconservative and traditionalist values arise from religion, or can be derived through secular means. Many of us identify ourselves as Secular Traditionalists, which actually doesn’t mean we are secularists.

Instead, it means that we are of the belief that it doesn’t matter. If you think in terms of cause-effect reasoning, you will develop a deep reverence for reality, and will reverse your already reversed thought and start seeing yourself as the product of the world and the tendencies of the world as more important than your self-expression. You become a reality-worshipper.

However, to extend Traditionalism itself, I see both the supernatural and the secular as different ways of describing the same thing. If approached with the same attitude of reverence and use of forward reasoning instead of reversed reasoning, they lead to similar places and may even connect each other at some point.

In fact, many of us are monists, or people who do not believe there are multiple worlds. In this view, the supernatural is an extension of the natural, and uses a similar pattern organization. There is no other world where everything is right; the present world is divine, and it has additional dimensions which we may also be able to explore.

This irritates many who wish to make religion the rock upon which conservatism is based. I understand and appreciate their concerns. The leftist is wily in its ability to subvert and destroy the meaning of all tokens in language, so it makes sense to have something which cannot be translated into language, and must be felt through the gut.

However, as the prior age of materialism and egalitarianism winds down in lugubrious spoilage as it always does, my goal is to unify the thinking of people on direction and preferences. All else is a means to that end. Traditionalism itself is but one way of describing the world.

What is important is that we remember this: the world itself is constant, and we are changing. We must look toward the world and its patterns for knowledge, not rely on our own judgment, which will cause us to project. All things describe the world, not the other way around. To put the symbol before its referent is to become solipsistic and lose touch with the whole of existence.

Right now, the battle rages across the blogosphere about the role of Christianity in the restoration of the West. I am here to tell you now that none of this matters. What infested the West is the same thing that infested Christianity, and may have brought about the conditions where religion needed to be explicit and exoteric about morality as Christianity is, and that is Crowdism.

Crowdism is what happens when humans put their own egos before the world. They clump together in groups of reality denialists, and work to force that reality denial on others, so that no one can point out the emperor having no clothes and reveal the reality before us. Their goal is to confuse, subvert, destroy, sabotage, decompose and make ambiguous.

Our goal should be the opposite. We should clear aside the attic full of junk that is the neurotic Western mind, put the ego in its proper place, and embrace the world as a whole. This is the essence of tradition, whether done with the name of God, gods or simply a statement of appreciation for the genius design of forests on your lips.

Osiris Akkebala is a nationalist genius | Heaven and Hell