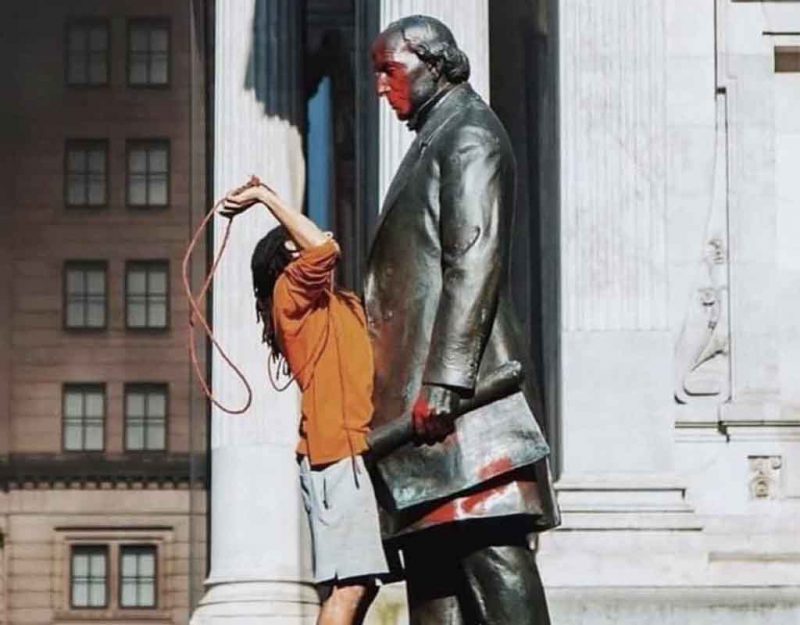 Uneasy lies the head that wears the crown. It is rumored that the same is true of the head that smokes too much choom. Imagine how screwed it would be to rule as King of Amerika’s Forbidden Choom City.

Kings had to be paranoid because a skilled assassin could overthrow the state by terminating their lives. You can decide for yourself whether the Ming dynasty emperors were too paranoid or not paranoid enough in their construction of The Forbidden City.

Commissioned in 1406 by the Yongle emperor of the Ming dynasty, it was first officially occupied by the court in 1420. It was so named because access to the area was barred to most of the subjects of the realm. Government functionaries and even the imperial family were permitted only limited access; the emperor alone could enter any section at will.

Another way to look at The Forbidden City is to see it as an ultimate enjoyment of a right. Freedom of Association — the ultimate right and privilege of freedom you can enjoy — is like a coin with a head on one side and something we’ll refer to as a tail on the other. The heads side involves inclusion of all people you want to conduct business, friendship, or any other social or economic activity with. The tails side involves shunning or at least partial exclusion. The Forbidden City, to borrow a Stephen King Meme, was like flipping a Goocher. If you had to ask, you were excluded.

When we initially read the brochure on Leftist Equalitarianism, we see happy, inclusive rainbows and cute little puppies. It’s Freedom of Association on X. Then the Leftist has to actually try and make things synonymously equal and functional. Like Vladimir Lenin in Early Communist Russia, you hit the economic brick wall known as incentive. Nowhere within the turgid prose of The Critique of The Gotha Programme does Karl Marx explain how you make rational people want to give on the basis of their own abilities to random strangers based upon some professed need. Yet, pace Marx, this is still the ideal that The Leftist wants inscribed on the banners of any just society going forward.

The practicing Marxist quickly sees a difference between theory and reality. Kshama Sawant, functional Premier of The Seattle Soviet, now traverses Vladimir Lenin’s Lefty Learning Curve. She’s hit the part where we get to have a nice, happy discussion of the politics of who and whom.

This ungodly gestalt moment occurs when a Marxist attempts to actually do what Marxism says. You’ve declared all religion the opiate of the masses. Check. You’ve made all nationalism and patriotism appear to be nothing more than bourgeoisie false consciousness. Your economy is an exploitive relative surplus value generation machine. Throw in the Marxian Feminist prospective that reduces the nuclear family to a Europhallocentric dominance hierarchy that must be smashed, and you have a problem. Why?

When you expect a massive redistribution of material and largesse from one group of people to another, the why question is a serious problem. Lenin had no clue how to solve it on the Elysian Fields of higher-order ratiocination or morality. He solved it in the streets via the politics of who, whom. His answer to why could be summed up as “Stop me, b!tch!”

Lenin regarded all interactions as zero-sum. To use the phrase he made famous, the fundamental question is always “Who Whom?”—who dominates whom, who does what to whom, ultimately who annihilates whom. To the extent that we gain, you lose.

So Kshama Sawant doesn’t see lines of generous volunteers just lining up to give their all to the perpetually weedy and terminally needy that sponge off of Amerika’s rain-sodden hippy commune of 90s Love Rock. The coming of Wuhan Wipeout means that the grunge music has abruptly stopped. There are far fewer chairs than there are scrawny rear-ends.

As the economic impacts of the novel coronavirus outbreak are being felt all over country, a new report is indicating that Seattle’s increase in unemployment is actually the highest of any city in the nation, showing just how much damage the virus has wreaked on the Puget Sound economy. The report from personal finance website Wallethub compared unemployment rates in US cities and found that Seattle experienced an 86.92% increase in the unemployment rate between March 2020 and March 2019, the highest year-to-year increase in the country.

This gets us to the whole who, whom part. Who is going to pay for all those poor, exploited whoms? Sawant has offered her answer in the form of municipal tax codes. We now get the Seattle Jump-Start Tax.

On July 6, the council passed the so-called “JumpStart” tax, which specifically targets middle-class jobs. The council’s new tax will affect employees at medium-to-large companies, but not most small businesses. Applied to businesses with a total payroll of $7 million or greater, it will impose an additional 0.4 percent to 2.4 percent payroll tax on jobs that pay an annual salary of $150,000 or higher.

There is, of course, one exception. Government employees will pay no additional tax. They get entry to the Forbidden Choom City. The logical next step for non-Choominati Seattleites is to load up the U-Haul. They have an advantage already knowing how to code. The problem becomes one of getting out of there. A 20′ U-Haul from Austin, TX to Seattle will run you $1,160. From Seattle to Austin will run you $2,762.

Comrade Premier Sawant knows these things when she dorks around with people’s tax bills. The absolute surplus value of getting your freight out of Seattle runs $1,600. This is because nobody outside the Choominati wants to rent a truck going to Seattle. There are not jobs, not civilized norms, and probably not public schools that would probably train your adorable, precious offspring to be literate enough to sweep floors and unclog the crapper. Housing prices will balance this sort of thing off, as will reduced taxation and overall vexation. The leave or stay decision involves puts and takes both emotional and economic.

At some point, Comrade Premier Sawant and the rest of The Choominati will find their pool of whos does not equal the total number of grubby, lazy, pointless, execrable whoms. Worse yet, the whoms will all be demanding all the free stuff they were promised. It all has to reach a singularity of fail. Leftism always does, because Socialism always leads to death. When everything is forbidden in Amerika’s Forbidden Choom City, nothing can ultimately survive.

Archeologists in the future will ponder the ruins of The Space Needle and The Boeing Brothers’ Little Red Barn. They will undoubtedly ask the same question many Russians ask of Vladimir Lenin’s Iniquitous Haunt. The Foo Fighters asked it musically: “Why’d you have to go and let it die?”

Periscope (July 16, 2020) | Ancient Diversity Shows How Our Society Will Implode