Saving Ourselves From Single-Theory Doctrine 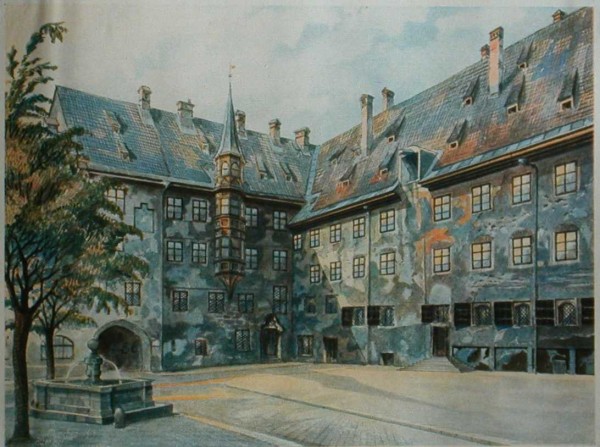 Forget the term “Alternative Right” for just now; today we speak of alternative thinkers, or those who see the current human method of civilization is not working and are looking for something different and preferably more functional.

Among alternative thinkers, a number of theories are advanced for the decline of civilization and how to fix it. Here is where a split occurs between those with a single theory, and those who combine multiple theories. Single theories are more persuasive, but multiple-theory approaches are less ideological.

The temptation we face is to try to invent a doctrine that is as persuasive as liberalism/leftism, which boils down to the idea that all people are equal and by letting them do whatever they want, some magic “invisible hand” will make everything work out okay. Contrasting that is conservatism, which says the only way to know how to lead is to choose what is proven to work (consequentialism) and to choose the best possible options according to what we know of the mathematical or informational order of nature (transcendentalism).

This pressure creates a huge audience for any persuasive theory that can compete with liberalism. We can see the progress of this through the various “third ways,” Communitarianism, Distributism, and different flavors of conservative hybrid which have been promoted over the years. Audiences reward authors who come up with plausible alternatives to liberalism that are, well, “liberalism-like.”

On the other hand, those of us on the multi-theory side of the shelf believe that no competing theory is needed; we instead see that liberalism is bad theory, and suggest not doing it, and instead of liberalism using the many methods that worked in the past — including for societies that encountered the problems we face now at a later point in their civilization life cycles. The multi-theory view is not as simple as “go back to the past,” because it describes our future through the futures others civilizations found after they moved on from the point of development at which we are now stuck, much like originally civilizations moved forward to those types of ideas to escape the problems of null civilization.

But multi-theory outlooks are not good products. They are not persuasive or satisfying. “Egalitarianism is an illusion, drop it and go with what works” sounds like what your plumber, painter or proctologist would say, not an exciting vision from Harvard or Silicon Valley. The single-theory approach is not entirely wrong either; there are elements of truth to it. Neither is it complete, however.

Let us look at the theories.

This is the domain of various people who want us to return to having a religious basis to daily life. Their idea is that you either accept religion as the core of life and inherent to existence, thus affirming that God exists and there is innate purpose to the universe, or you are heading down the path to evil.

As recorded elsewhere, this approach is not quite coherent. For us to have choice, there must be actual choice, not “join the happy herd or join with Satan.” Further, very little if anything in existence operates by face value, such that what says it is good is actually good. In addition, it denies the arbitrary nature of human thought: people have different abilities, moral characters and as a result of these imperfections, different goals. People choose the theory that matches where they are in life and intellectual ability.

That outlook, called esotericism, is the oldest form of religious understanding and that which the best thinkers from every religion have embraced. It says that an apathetic guy with an IQ of 95 will never understand the same religious truth as a highly motivated transcendentalist with an IQ of 130. They live in entirely different inner worlds and thus while they live in the same physical world, perceptions vary so widely that insisting they pick up the same “truth” is nonsense.

Julius Evola wrote that modern organized religion confuses the esoteric and exoteric, with the latter being closer to liberal ideology in that those who accept a single face-value truth are considered to understand that doctrine in full. Nothing in human experience suggests this is correct, and the audience shapes the doctrine, which means that successful doctrines will have lots of room for interpretation so that they are widely adopted. People accept the doctrine as best they can understand it, and then interpret it as is convenient for their own goals, destroying the doctrine but making it successful.

Another problem of the innateness approach is dualism. For that view to make sense, there must be some force which works in magical ways that are entirely contrary to what we know of life. An excellent article shows us where this thinking goes awry:

Another example of this pattern in the history of philosophy would be the debate over the relationship between mind (or soul) and body. The Realist view in this case would be “dualism,” which holds that mind and body (and mind and brain, for that matter) are completely distinct, and in particular that the mind is something non-physical or immaterial, just as it seems to be to common sense. A Reductionist view would be “identity theory,” which says that the mind is real but that it is really identical to the brain — in other words, that the mind is, contrary to common sense, just one physical object among others. An Anti-Realist view would be “eliminative materialism,” which says that the mind does not really exist at all: strictly speaking, there are no such things as thoughts, experiences, beliefs, desires, and the like, but only neural firing patterns, hormonal secretions, behavioral dispositions, and so on and so forth.

While the basics of this idea are sound, the dualistic portion is not. We know the mind is related to the physical because when our brains are tired, they do not work as well, and when parts of brains are damaged, our thoughts change. Schopenhauer covered this with historical studies and twin studies in his works. Dualism dies on that pillar of human understanding.

However, the point about religious Realism is sound: a Realist would hold that the mind is physical, but that it is possible a metaphysical dimension also exists. Some Realists invent that out of physicality, talking about quantum materials like Roger Scruton has; others take the Hindu view and suggest that physicality is a logical (i.e. computational) manifestation of mind, and therefore that the physical workings of mind are effect and not cause of a larger pattern at play.

Either way, the theory of the innate single path is not a workable option because it requires such a dualism and, as shown above, denies esotericism.

The “our problem is capitalism” people can be fairly well dispensed with for being in logical contradiction. If our problem is capitalism, what alternative works as well? Almost all of these exist for a single purpose, which is to avoid blaming the real culprit — egalitarianism, with its roots in individualism — for our plight. In other words, they are liberal apologists, which is why the high correlation with frequency of advocacy of Socialism is not a rounding error.

If you wonder why libertarians always drift leftward, this is why: libertarianism is a Leftist doctrine.

One of the most enduring and popular theories is race theory. This states that our problem is racial degeneration and that the solution is Nationalism. Like the “capitalism is the solution” theory, this is both right and incomplete. Without Nationalism, a nation dies. But Nationalism alone cannot save a dying society.

It also misses the real threat to any racial group, which is the threat it cannot see. Any idiot can figure out that outbreeding with radically different groups will obliterate the tribe, which is why most of them do it; their parents were bad and now the children hate their origins. But what about the barely-perceptible trace admixture?

White Nationalists, who are generally well-meaning people, argue that we should lump together all European-descended people and breed a new race. But this new race will be 2% Asian and 2% North African at a bare minimum because of the trace admixture in Southern/Irish and Eastern Europeans. At that point, the original racial group will have been destroyed… because of the method attempted to save it!

Even more wrong is the idea that race alone can save us. Nationalism, which means every group that is not Us is Other and must be sent home, is one of those theories that persists because it not only works but produces the best possible results. But by itself, it serves as a form of disaster because the Other is scapegoated, and so the Us group ignores its own problems, including liberalism.

The downfall of White Nationalism is not only its ethno-bolshevism which hopes to make all “white” groups equal by interbreeding them, but its desire to excuse liberalism. White Nationalists believe that our problem is not the liberalism that has created the diversity disaster, but the Other themselves, even though the Other are just a means to an end directed by liberalism.

For this reason, White Nationalists would remove the Other and then leave us on the same dysfunctional path with no one to blame but ourselves.

People want a single theory so that they have something as simple and polarizing as Leftism to use to fight Leftism. But to fight a bad idea, you need a competing idea for what the idea should be, not merely a competing idea in the same form. Against the notion of ideology itself, multi-theory people suggest the denial of ideology through sheer practicality based on a study of history. Single-theory notions do not do this and thus, while they may set Leftism back a few steps, they remain on the Leftist path, and will save us from nothing.

Worse, they will use our momentum that demands change to achieve this temporary setback, and in doing so, will squander the momentum without changing the actual underlying problem. Like most human activities, single-theory doctrine is self-defeat disguised as victory through a failure to think from cause to effect.

The Pocket And The Punch | “Exterminate All Rational Thought!”