by Jonathan Peter Wilkinson on February 21, 2018 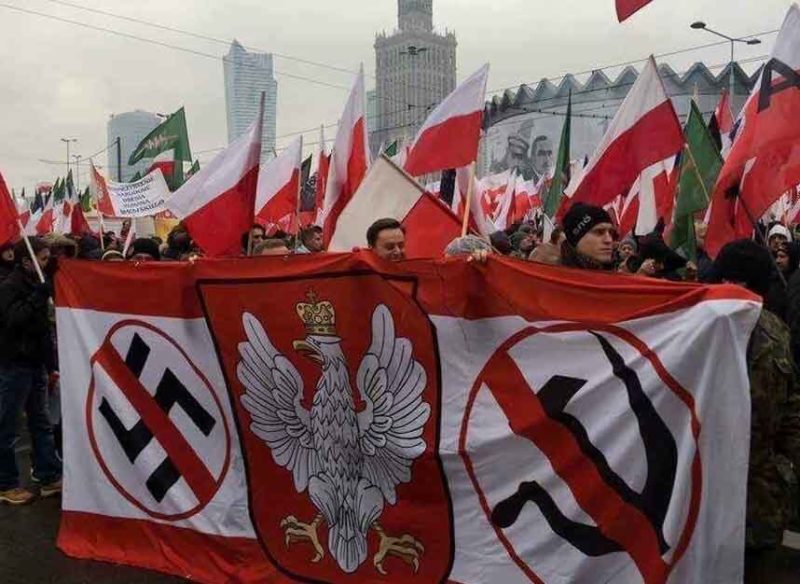 So what happens when your tribe loses? Take a listen (even if Country/Western ain’t your genre).

Buy into Mr. Anderson’s lament, and you’d have to think some piece of you dies from the death of your compatriots. So you don’t just fight for others. As a nationalist, you fight to stay you. Your essence is reflected in the others like you. When surrounded by your like you are amplified and can better reach the best that is within you.

But no. Diversity has to totally fvck that arrangement into a cocked hat. Diversity not only won’t allow you to sodomize the weak, but instead tells you that the weak all get to line up and sodomize you. And then when they’ve wiped off, diversity fetishists tell you the aberrant behavior is all your fault. Jonathan Rauch warns us that evil is afoot.

The single most important intellectual trend of our time is the popular rediscovery of human tribalism. We thought we had it licked. For roughly 200,000 years, humans ran around in small, clannish groups, hunting and mating together while variously raiding or befriending other groups.

He then tells us how enlightened we’ve become since the Bad Old Days….

…in the past couple of centuries, we wised up and replaced tribal social organization with depersonalized, rules-based institutions: markets to organize our economies, elections to organize our politics and science to organize our search for knowledge. To satisfy our hankering for group affinity, we transferred our tribal loyalties from clan and caste to abstractions like the Constitution and the free-enterprise system. The results were spectacular, a step change in human potential.

Well, except there really isn’t a soul-satisfying definition of human. At least there isn’t an accepted definition that resonates in anyone’s heart unless that definition looks an awful lot like what each of us sees in the mirror. Tribe remains a fundamental part of each individual’s identification. The honest observer would not admit that the members of another tribe were ever completely human. Hence, abolition of tribe cannot possibly maximize anyone’s human potential.

So what happens under Democracy? The tribes are all forced into one big tribe of shiny, happy people. So these people all just love on one-another. Just like Parkland High School. So things must be done to tamp all that down as much as possible. Fill up that empty space where tribal identity used to go with mass culture bulk filler.

No space is left for consumers to exhibit â€˜imagination and spontaneityâ€™ â€“ rather, they are swept along in a succession of predictable moments, each of which is so easy to digest that they can be â€˜alertly consumed even in a state of distractionâ€™. And if, as Adorno believes, in the wider world we are under ever-increasing pressure to conform, to produce, and to pour our energies into our work, this loss of a place where we can think freely, imagine, and consider new possibilities is a deep and harmful loss.

This never works for long. The level of culture ultimately falls to such a debased state that it never replaces what the citizens have lost when turned into brainwashed Democracy Drones. The tribe that represents a true and coherent identity always does culture better. A civilization bent on equality cannot preserve the unique things that make each culture special. It all turns into a greyish mud slurry. Identity returns and every iniquity or inequality generates a festering grievance.

So the solution is to stop enforcing any standard against any culture anywhere that might feel offended and repond as if “triggered.” People, particularly young people, never get a sense of why they are truly beautiful. Thus they don’t believe that they are. They don’t think that highly of others either. Eventually, multicultural democracy produces nothing of value and forces us all into a monochromatic culture of mutual grievance and detestation.

Or, if we really insist on trying to patch it up and old it together, we turn Amerika back into America through Freedom of Association becoming a legal and socially accepted right. Only when we are allowed to choose who we include and exclude in our lives are we truly free or truly optimized as complete human beings. Only then can anyone truly be themselves and build anything that they truly believe is theirs.

Find your tribe. Fight for it. Otherwise democracy will ultimately kill anything that you think of as you while you poison yourself on the Victory Gin.