Save Us From the Clever People 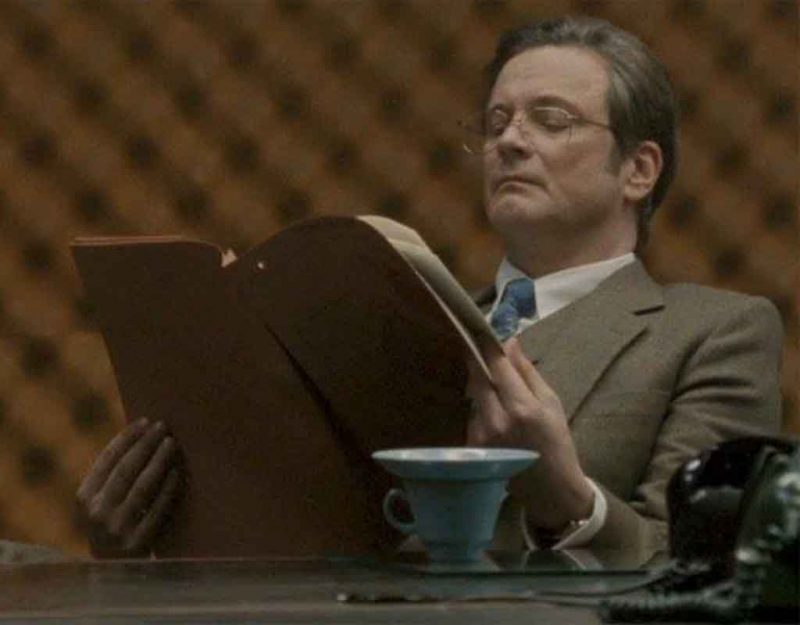 In the Anglo-Saxon culture that ruled America before diversity took over, “clever” was not a nice word. It meant someone smart enough to manipulate machines, economics, and people, but not shrewd enough to see how consequences in reality are the only way to win in the long term.

Clever people burn down things around them by focusing on the short term instead of the long term. They know how to manipulate, and even how to make businesses succeed within months, but they destroy value over the long term and leave behind gaping voids.

When they get into government, they are smart enough to appeal to the greed, fear, and resentment of the population, unifying the nation, but in doing so, they lay the seeds for future failure. Then, being clever, they skip away and leave someone else to inherit the ruins.

The clever among us are smart enough to preach false hope, but not intelligent enough to realize that their only chance for happiness comes through making positive results in reality. Born salesmen and actors, they sell people on a vision and then profit from it, but have no other endgame.

Preachers of false hope will always be popular because most humans fear the risk inherent in change. If you alter your behaviors, and things do not turn out well because you did not understand reality, everyone else laughs at you and thinks worse of you. You lose social status.

Former times balanced this by giving people innate positions of specialization and utility. No one was asked to act beyond their level of competence, so little was at risk, and people could live more freely and easily.

By their nature, the clever know to preach false hope because it grants them the power of having a crowd behind them and, with that, they can smash down whatever walls, mores, values, standards, and propriety stands in their way. Clever people tend to be manipulators, not creators.

As part of their infection process, the clever demand “tolerance,” which seems to mean accepting others as they are without judgment, but actually means allowing the bad to do whatever they want without removing them, with a few exceptions like murder, burglary, and assault.

Over time even those fade when the population is browbeaten into a religion of tolerance. Maybe that person raping you or stealing your stuff needed it more than you do. They are suffering, you might know. Help increase happiness by giving away your stuff unintentionally.

This is the civilization goal. Early civilization consists of creators who share a goal. They realize that this is an eternal goal, meaning that it cannot be measured in the short term, and they make a civilization designed to be good forever as a result.

At some point discord appears however because a middle class rises. These tend to be the product of caste-mixing between the best and the rest, and are clever but not fully intelligent. They see the short term and think in short-term ways, like profit and popularity.

In this way, every civilization enters its death cycle. It starts healthy and promising, then becomes divided, at which point it gives way to concerns for managing its own people. That enslaves the strong to the weak, at which point most of the strong give up because their lives are drudgery.

Prosperity leads to a loss of goal because it achieves the initial goal. Then the middle take over, since they like to manage prosperity and profit from it. As they engage in self-destructive behavior, the herd of the lowest takes over, and then society becomes a third world ruin of the once-great.

Society degenerates one layer at a time. First the best become divided, then the middle take over and dissolve themselves, leaving only the horde which consumes everything shared — institutions, knowledge, morality, culture — leaving only an ethic of convenience and consumption.

Until we regain a higher principle than the tangible, whether materialism or symbolic religion, we remain in this civilization cycle. Civilizations reboot by removing all their many rules and red tape, then re-orienting toward the goal of rising again. Few do this however.

Despite the daunting appearance of this task, it actually becomes simple. You go back to the system that works, namely ethno-monarchism and culture instead of government, and then rev it forward by adding in all the learning of the intervening centuries, but oriented toward future and not short-term profit.

Much as men sacrifice much in war for medals and the esteem of their comrades, people will do this when enough of the natural leaders in society — those who display exceptional judgment and wisdom — agree that this must be done. People emulate natural leaders in order to share in their success.

When Leftism took over in the West through the Magna Carta, Peasant Revolts, Enlightenment,™ and Revolutions in France and Russia, our governments shifted toward managing the risk of revolution. Their solution was to buy off their citizens with free stuff, raiding tomorrow to enjoy today.

At some point the money runs out, and only at that point do people see that when Leftism took over, the burden was reversed. Instead of proving our worth, we were assumed to be worthy, but that meant a constant witch-hunt for those who stood against the dogma of our time.

In healthy societies, the burden falls on us to prove that we are useful. Once we do that, we are tolerated even if we are eccentric or have slightly out-of-band opinions, or even radical ones. We are known quantities as competent and useful people.

With equality, everyone gets the same esteem, which means that we face a great risk of losing that esteem by saying something unpopular. This creates an ugly control system in which conformity is enforced through fear.

This spreads most aggressively in the middle classes where, insulated from the worst of society by wealth, people can conjecture about what might be ideal from a position of safety. They gain social status by saying things that make others feel the false hope.

That false hope consists of the idea that humanity can exterminate its enduring problems so that it does not need to manage them. When we purge the bad, all that remains is good, or so goes the thinking, and this removes from individuals the burden to strive for being good.

That striving toward being good — not just morally good to others, but to beauty, wisdom, nature, history, the natural order, and the endless pursuit of transcendental excellence (arete) — separates a society which will be thriving from one that will merely flail.

Leftists preach the false hope of easy solutions. Instead of each of us facing the burden of trying to rise or fail, we create a social mechanism that ensures everyone succeeds. This placates fears, but leaves people in a competitive situation where loss of social status becomes the big risk.

In other words, clever people swap a centralized control authority and the risk of offending it for the fears humans have of being unequal in nature. They may no longer starve, but now they are controled by the pretense and prejudices of others.

For this reason, people operate by rationalization, or arguing for what they want as a subset of or action towards something that others already approve of. Doing so brings about the feelings of false hope in others through the sensation of humanity being in total control of its environment.

As an example, we often see DR3 or “Dems R the Real Racists” in use by conservatives. They think they are clever by using an accepted idea, anti-racism, as ammunition against the Left, but forget that they are simply strengthening an idea that fundamentally opposes their own.

In other arenas, we see conservatives arguing for “equality not equity,” thinking that if they can argue from the central idea of our time, equality, they can borrow strength for their own agenda. However, endorsing any type of equality simply strengthens Leftism.

For the past sixty years, conservatives have argued heavily for individual liberty so that they can achieve a Benedict Option of personal retreat from civilization, but they forget that then they become its cash cows to fund Leftist socialist-style entitlements.

As these various copes and hopes fail, they will further reveal the failure of this system, namely that you cannot beat it by trying to use its own arguments against it. Democracy is based in equality which is socialized individualism, and like Cthulhu it only swims (further) Left each generation.

All successful societies face this decline. As a cynic might say, the reward for beating one challenge is to get a new and harder one. The second challenge of civilization is to organize itself around positive goals and not control, but so far all civilizations have failed there.

The richer the community, the less connected it is to reality, since the members of that community make their money by delegating tasks to people who badly need the money. Our middle classes now would have been serfs, peasants, and slaves in former saner times.

The few remaining people capable of cognition do not believe in Utopia. They know that there is no solving of the problems humanity faces. There will always be risk and fear, but we can point people toward constructive, creative, and productive behavior and reward only those who achieve it.

By doing that, we enact a replacement for natural selection namely by ensuring that those who are useful and helpful gain all of the influence, and those who contribute nothing become marginalized and gradually moved out of the civilization. Sort the good from the bad.

Although it seems like Calvinism, in nature we see that people are born good or bad. There are degrees of these, but every person tends toward one or the other. If you have “equality,” you are forced to tolerate the bad as well as the good, and then the bad, who have less of a burden, take over.

If human beings have a motivating philosophy, it is the idea that “it is not my fault.” They want no accountability for anything they do wrong, whether intentional or not, so that they do not lose social rank. Equality intensifies this fear to unbearable levels and makes them neurotic.

When this happens, people pre-emptively signal their obedience toward false hope and good feelings by aggressively expanding upon the message, such that what starts as “all men are created equal” becomes “all men deserve a minimum income” and then “all transsexuals should be funded by the State.”

People signal in this way in order to avoid having the Crowd attack them, but it has a side effect of making the Leftist ideology seem popular and good. People embrace it in order to believe those warm feelings and sense of total control, then get used by it.

The one thing that might save them from this constant tension, the humility that allows social hierarchy, they find inherently frightening and run from it, adopting all sorts of poses like Libertarianism, National Socialism, and organized religion so that they may preserve equality.

But in the end, equality means rule by the merely clever and in turn, suppression of those who rise above clever, and history tells us that it has destroyed every civilization unwise enough to adopt it.