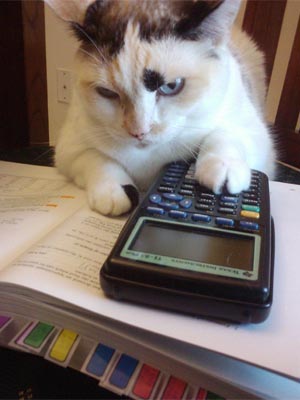 Here’s a quick way to save 25% on your taxes: move to a small community and convince them to outlaw all recreational drugs, including alcohol, junk food and cigarettes.

Before you freak out and call me an oppressive fascist, think it through. If you view this as a purely financial question, you can see how making substances illegal can save you money.

Most criminals seem to have impulse control issues, which correlates highly with drugs, alcohol and cigarettes. Get rid of those, and most criminals do not want to live nearby.

Next, consider the reduced resources your police force will need. DUIs will not be as common. Public intoxication, vandalism, and petty theft will also go down. So might domestic violence, public assault and associated behaviors including prostitution and other urban blight.

If you ban cigarettes, you’ll drive away plenty of twitchy people who need constant drug stimulus to stay awake/calm. Incompetence-related screwups will decline, as will attention-deficit related mistakes. You’ll have fewer hospital bills for lung cancer.

Banning junk food would drive away the people who cannot plan ahead. If the rule is that you either figure out how to feed yourself using a grocery store, or have to go to a sit-down restaurant and behave like civilized humans, you’re cutting out a huge chunk of the semi-animalistic. Even better, ban the hot pockets and microwave meals from the grocery stores. Force people to live like human beings or go elsewhere.

The result would be a horde of people with impulse-control problems getting driven out, with a corresponding migration in by those who like to plan ahead and have no problem trading a few restrictions for a lower tax bill.

You’ll require fewer police, fewer laws, fewer courts, fewer welfare programs, fewer “counseling” programs and much less output to take care of those who cannot discipline themselves to take care of themselves. Government would shrink. Crime would go down.

Sure, you’d have to give up your glass of wine after work or those occasional weekend cigarette binges. You couldn’t get your Taco Bell, McDonald’s or Arby’s (but there’s always the deli counter at the store). You might have to — dare we say it? — change your lifestyle.

But if it meant that for every four tax dollars you spend now, you got one back, would you do it? It’s not unreasonable to estimate that the savings detailed above would cut 25% off your local tax bill. In fact, it’s probably a lot more that you’d save. Your city would have so many fewer expenses that it would probably do well with local business and land taxes alone.

Now think further: if where you live now, you pay high taxes, what percentage of the population do you think cause most of the expenses? Is it lower than 25%?

Our communities are waiting to be shaped. By trading away the “freedom” to indulge in activities that most of us don’t need, but our least productive and most destructive people do want, we can drive them away and reap the savings in taxes, fewer regulations, and lower crime.

Now ask yourself this: if all that’s keeping you from living in a place with less crime, lower taxes, and fewer authority figures is addiction to some paltry substitutes for true joy, why haven’t you made the change yet?

Undoing modernity | No, I Donâ€™t Care About Your Feelings