No, I DonΟΔβ²§β³Δt Care About Your Feelings 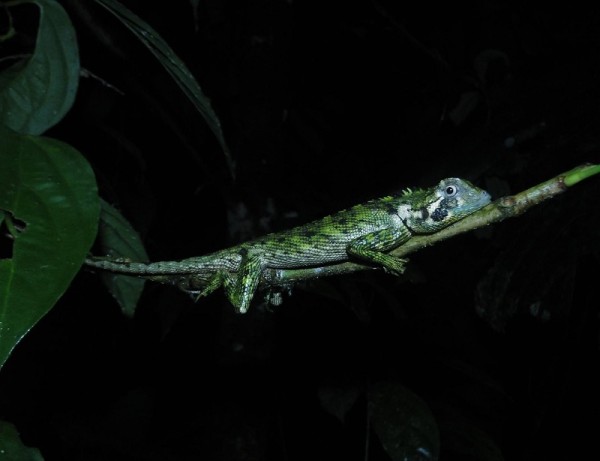 In physics, work is a force times the distance through which it acts. In real life during modern society, work is getting ready to apply force when someone speaks up about ΟΔβ²§≈™feelings.ΟΔβ²§¬ù

ΟΔβ²§≈™FeelingsΟΔβ²§¬ù arose in the 1960s to mean personal perceptions, including emotions. Feelings are any personal thoughts you wish were real. It was popular back then to see business, culture, religion and the military as sociopaths hell-bent on controlling us by stealing our humanity and replacing it with cold logic.

To avoid that, weΟΔβ²§β³Δre all supposed to respect the feelings that anyone has, which is a rule of the type administered by harried teachers: ΟΔβ²§≈™DonΟΔβ²§β³Δt touch anyone elseΟΔβ²§β³Δs books for any reason, ever!ΟΔβ²§¬ù ThatΟΔβ²§β³Δll keep the little bastards for awhile.

However, this means that any collective enterprise must stop as soon as one person, whether right or wrong, has an objection based on feelings. Political correctness may be the worst example, but it is not alone. People get insulted when shown they are doing something incorrectly, even if for their benefit. They get upset when any differences between people are noticed, because that might hurt someoneΟΔβ²§β³Δs feelings. Our entire society is swung by the balls for fear of offending someone or simply not including someoneΟΔβ²§β³Δs feelings. How many times have you heard some person in the self-righteous hollow tones of moral pretense tell you ΟΔβ²§≈™But not everyone feels that way, so we canΟΔβ²§β³Δt assume thatΟΔβ²§¬ù? Or have you seen good plans be taken into a committee room and chopped into little bits while every damn person in the room has to weigh in about how they ΟΔβ²§≈™feelΟΔβ²§¬ù the project is going to look, smell, or emotional affect others?

We have become a grotesque touchy-feely society. The promise of such a society is pure Disney: everyone is included and everyone is loved. The reality is that everyone has a super-big hammer called But My Feelings and they use it on us regularly. ItΟΔβ²§β³Δs a prison. A prison of other peopleΟΔβ²§β³Δs irrational demands.

If a MenΟΔβ²§β³Δs Rights movement has any founding concept, it is masculinity, and the founding role of masculinity is not to give a damn about your ΟΔβ²§≈™feelings.ΟΔβ²§¬ù In fact, we need t-shirts that say I DonΟΔβ²§β³Δt Care About Your Feelings. These would operate as a filter, sending foolish women and emo-beta males away in tears while winning approval from people with actual souls and common sense.

I donΟΔβ²§β³Δt care about your feelings ΟΔβ²§βÄù or anyoneΟΔβ²§β³Δs. I care about results. In an emergency, emotion makes people break down when they need to act. In daily life, wallowing in emotion blocks us from achieving what we need to in order to feel satisfied of our own worth. The more we try to be soft and comforting like a pillow, the more our ΟΔβ²§≈™loveΟΔβ²§¬ù chokes people, because feelings are not reality. When we indulge the feelings of other people, we push them away from reality and into a human illusion which crumples when it confronts reality. By endorsing their feelings, we are imprisioning people in denial ΟΔβ²§βÄù and then imprisioning each other in a society in denial.

If you want to know why the MenΟΔβ²§β³Δs Rights movement is confused, look no further than this division:

Feminism depends on the notion that reality is optional. In the feminist-world, nature did not create opposite sexes for a reason, and men and women can be made the same despite radical differences in their needs and inclinations. In the feminist-world, just because some people with political power say something, it becomes reality. Feminism is the child of liberalism; without liberalism, feminism never would have occurred. While not all liberals are feminists, all feminists are liberals, because feminism depends on us putting ΟΔβ²§≈™feelingsΟΔβ²§¬ù before reality itself, and thus is from the genre of liberalism and not conservatism.

MenΟΔβ²§β³Δs Rights Activists (MRAs) are essentially crypto-conservatives, but the big joke is that MRAs donΟΔβ²§β³Δt know it yet. TheyΟΔβ²§β³Δre learning. Look at these juicy statements:

The only way a man will value you is if you made him put in a lot of investment before sex. The more work he puts in, the less he can rationalize that you were meaningless to him, and the more likely he will continue to pursue because he considers you above the rest. Each man you have sex with that doesnΟΔβ²§β³Δt call you back will kill a part of your soul, and itΟΔβ²§β³Δs your job to guard against that. Only have sex with men who earn it.

[He tells the above to his sister, who] is absolutely repulsed by the stories I tell her of quickly taking a girl to bed (or car). Her response is along the lines of, ΟΔβ²§≈™How can they do that? Ewww.ΟΔβ²§¬ù My brainwashing has worked on her, and the truth is she appreciates my lessons. SheΟΔβ²§β³Δs happy not to be like other girls her age, drowning in a shallow life of liquor and anonymous cocks. ΟΔβ²§βÄ€ Roosh V

Why does marriage exist? To avoid this problem. Why do social conservative values exist? To avoid this problem and others by paying attention to what works. Virginity makes happy, long-lasting marriages. No promiscuity avoids burnouts who are incapable of love. No divorce avoids broken families. Sobriety, hard work and a meditative piety make self-actualized people who can figure out what is more important in life than owning gadgets and impressing the neighbors. Social conservatives didnΟΔβ²§β³Δt just make this shit up. They derived it from several thousand years of history, which is time enough to see ΟΔβ²§βÄù probably from the vantage point of age 90 ΟΔβ²§βÄù who had the happiest life from birth to the grave, and who served an unsatisfying ΟΔβ²§≈™life sentenceΟΔβ²§¬ù before settling blissfully into the arms of death.

If you want to know what was taken from you by the great liberal revolution of 1789-2009, it was this sense of a full and whole life. What you get now is table scraps instead. A certification in some industry you donΟΔβ²§β³Δt care about, a boring job, a city where everything is a ripoff, and being Fuck #137 for some girl who doesnΟΔβ²§β³Δt care about any of them and will steal from you as soon as it is convenient. The sociopaths won, and they did it by pandering to our feelings.

I believe that humans are not just a bunch of folks with different ideas. We are a bunch of castes, born to have in-alterable predispositions. That used to work, when society was structured differently. ΟΔβ²§βÄ€ Xsplat

This guy went straight from trying to make a liberal point to endorsing the caste system of ancient feudalism. HeΟΔβ²§β³Δs such a Godwin that he skipped right over the modern forms of control, and resurrected an ancient one. But heΟΔβ²§β³Δs right. IQ and ability determine what you are capable of, and if you go beyond it, you screw up. We have only to look at our democratic leaders and our nouveau riche captains of industry to see how you can take the prole out of the cornfield but you canΟΔβ²§β³Δt take the cornfield out of the prole.

I think it has something to do with the Anglo form of government, which is based on an adversarial relationship between the government and the people. From the Magna Carta onward, English speaking people have sought to define themselves apart from their rulers. Americans enshrined distrust of government into our Constitution, and to this day we remain extraordinarily suspicious of government power. ΟΔβ²§βÄ€ The Spearhead

Do you see whatΟΔβ²§β³Δs being said here? Adversarial relationships with government produce the worst results. By implication, that suggests that we need a society where we are not adversaries to our government. We all need to be on the same page. A homogenous society. You canΟΔβ²§β³Δt pull that off in the USA, where everyoneΟΔβ²§β³Δs heading in their own direction.

You might as well just give everyone uniforms and pictures of the Kaiser.

If you are sizing a man up as a potential long-term boyfriend I would suggest that you let him know that explicitly.

Be 100% honest with him about both his merits and demerits in that respect. Talk about the future. Interview him to determine his suitability. ΟΔβ²§βÄ€ Johnny Milfquest

He is advocating that we treat sexual relationships like social contracts. That is the exact opposite of the But My Feelings approach. It denies feelings in favor of reality as a business negotiation.

Soulless? Perhaps not. It avoids misinterpretation, makes it clear what is expected, and perhaps, stops each person from moving in opposite directions. It enforces reality and homogenous belief. ItΟΔβ²§β³Δs fascist, but itΟΔβ²§β³Δs also the best way to achieve a new kind of freedom ΟΔβ²§βÄù freedom from human failure.

Failure occurs when we do not understand our reality and get caught up in thinking that our thoughts are more real than reality itself. Inevitably, a collision occurs. We, being much smaller than the whole of reality, always lose.

True freedom means that you are not held back by anything. You do not have the ability to do ΟΔβ²§≈™anything,ΟΔβ²§¬ù because youΟΔβ²§β³Δre still going to need to find a way to adapt to your world, and you probably donΟΔβ²§β³Δt want to do anything that is not to your own benefit, which cuts out a lot of activities. But if any person in your society can yell stop, whether or not that person has a good reason to do so, you have the opposite of freedom. You have a prison of the lowest common denominator and the weakest link in the chain.

Imagine being the survivor of a wartime tragedy, in which the city where you grew up had been destroyed in battle and your job was to lead other survivors through ice-shrouded mountains while an enemy pursues you. You would very quickly learn the reality-first principle: Feelings, even if legitimate, do not matter. Reality does; keep moving. If you are pursued, you may have to make some hard choices. For example, the old and infirm who cannot move quickly may need to be left behind. People who are so invested in their self-drama that they slow you down may need to be driven away. If you donΟΔβ²§β³Δt do these things, all of the survivors may be killed. Everyone would lose.

The MRM will gain its true power the instant it stops caring about feelings and starts waging war against them. We are men. Our job is to focus on facts, causes, effects and strategies. We are not here to be a soft and comforting pillow; we are here to avoid the bad results that would cause that pillow to be your own relief. That is because our rational minds recognize that warm fuzzies lead to doom, and that the reality-first principle leads us away from that disaster.

Save 25% on your taxes | Occupy irrelevance