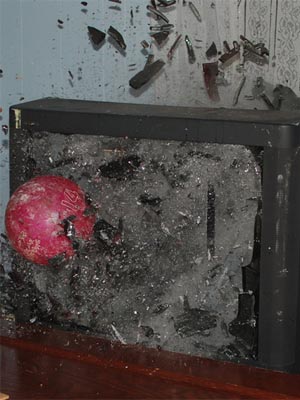 As mentioned here several times, the founding illusion of modernity occurred in 1789 when people decided that they could do without specialized leaders.

Instead, it was declared that we are all equal. This means that we pick leaders from among us by voting. 222 years on, it seems this has not worked out so well. Corruption is rife. Leaders lie and are totally detached from what their citizens need.

Even worse, our society has run itself on a collision course with doom. We lowered our standards, dumbed down every test, and now are inundated in stupidity and the stupidity by its superior numbers determines who gets elected, what products will be in stores, and how our cities and jobs are designed.

In short, “freedom” and “equality” brought us servitude to the lowest common denominator.

One thing and one thing alone keeps this sick ship afloat: growth. Since equality is a popular notion, meaning that it appeals to the lowest common denominator in all of us like a catchy but moronic pop song or a McDonald’s “hamburger,” people want in to our society and this makes business grow.

However, this is not business of a solid nature. This is consumerism, or the art of selling stuff to ourselves. We are not exporting or generating wealth. We are selling products to each other, and then making products out of the debt and expectations of the companies that sell the products to us.

If you want a model for the death of a civilization, this is it. It cuts itself off from reality, uses its own internal opinions and desires to keep itself afloat, and grows based on this false wealth — or at least grows until it all comes crashing down.

The most recent recession is not the end-of-the-world most people think it is. Instead, it’s a warning hiccup: our economy is unsustainable because it is based on consumerism, which itself is based on the impulse control issues of our least intelligent citizens.

Economics has developed along a single line of thought, in which individuals, isolated from society, have “preferences” for a collection of goods and are motivated by self-interest to pursue the acquisition, at the lowest prices, of the most goods that their economic circumstances allow. Competing businesses, likewise, pursue maximum profit. Economic theory then “proves” that “markets” will establish prices that lead to the most “efficient” allocation of scarce resources. This will maximise growth for the economy as a whole.

Mainstream economics claims to be “value-free”. Students are cautioned not to mix normative propositions with their “positive” analysis. But self-interest is itself a value. This fact is cleverly disguised by putting forward the theory of consumer choice as a uniquely rational response to economic information such as prices, interest rates, tax rates and the like. Any behaviour not conforming to this theory is deemed irrational; other motivations such as altruism, love, the greater good or aesthetic appreciation are not considered: they are not the province of economics.

Such a value system might be just about tolerable if economics were restricted to a narrow sphere of inquiry. But over the past few decades economics has colonised not only much academic inquiry in the social sciences, but also public debate as a whole. Most notably, it has colonised politics. By giving “scientific” support to programmes of deregulation and privatisation over the past 40 years, it has managed to transform our economic structures to conform to its ideal of free markets, in the belief that competition between rational consumers and producers would enforce “correct” prices and lead to an economic optimum. – The Guardian

Before leftism, the idea that “everyone is equal” was viewed as being about as reliable as a ghost story, superstition, idle gossip or snake oil salesman. It was recognized as wishful thinking, not reality. Early critics pointed out that the idea of equality succeeded because it was vague. What does “equal” actually mean?

Its adherents insist that it means equality of opportunity. In reality, that translates into dumbing down of the entry test to any activity, so that the less equal can keep up with the more equal. Even worse, it means a coarsening of standards so that all can participate. Instead of being able to pick from among smart and complete people, we’re picking whichever of the random citizens can complete tests and file paperwork.

People don’t like to face this, but the “solutions” to this problem offered by Occupy Wall Street (and others) are in fact the same “solutions” that created it. Every aspect of OWS philosophy was first parroted by the French while they were busy guillotining enemies of the state. There is nothing new there.

In fact, consumerism/capitalism and equality/socialism are in bed with one another. Equal people buy more products. Equal people are more willing fodder for the machine. They tell you you’re equal, which is another way of saying you’ll only be accepted as more than irrelevant when you slave away in the machine for awhile.

Growth is fueled by this combined assault of leftism and consumerism. By letting people choose which aspects of reality they prefer, instead of making them face reality, we empower them to make terrible decisions and expect the collective to support them. It does, then regulates, opening loopholes that are exploited.

Estimates on the amount of derivatives out there worldwide vary. An oft-heard estimate is $600 trillion. That squares with Mobiusâ€™ guess of 10 times the worldâ€™s annual GDP. â€œAre the derivatives regulated?â€ asks Mobius. â€œNo. Are you still getting growth in derivatives? Yes.â€

In other words, something along the lines of securitized mortgages is lurking out there, ready to trigger another crisis as in 2007-08. – Forbes

You can blame bankers for their conduct, but they’re trying to do the same thing everyone else is doing: get out of this system by becoming more equal enough to be wealthy. When you have real money, you can stop 9-t05ing it and putting up with jerks and boring meetings just to get through a day. You have actual freedom, not just political “freedom.”

Even more importantly, what put bankers into this position to make this crazy wealth? First it was the population in hysterics after the last big recession, demanding that the banks be regulated. Next it was the politicians and bureaucrats promising to keep an eye on them. Finally, it was the banks — squeezed out of some of their other practices — turning to new ways to make money.

Why might they do that? Among other things, because that’s what consumers and stockholders, who are regular folk like you and me who ran out and bought some stock, wanted and continue to want. They want profit. Owning BOFA stock can make money. Having an account at BOFA is cheaper if they’re taking fees from someone else.

We constantly look for a bad guy in our society. This bad guy, ideally, is not one of us. He’s someone driven to do evil and if we can just find him and crush him, all will be good again. Yeah, we’ve tried that. A few hundred times. The bad guys crop up again, usually because our rules encourage them.

The evil is within. Growth is a symptom of the evil, but it also justifies the evil and supports it. As our modern dreams do not turn out as rosy as we expected, people are re-thinking modernity. Part of that is a rejection of growth and equality, and a desire for selectivity and quality instead.

Platform by Michel Houellebecq | Save 25% on your taxes