Rubes in a Clay Sculpture World Anchored by Goodwill 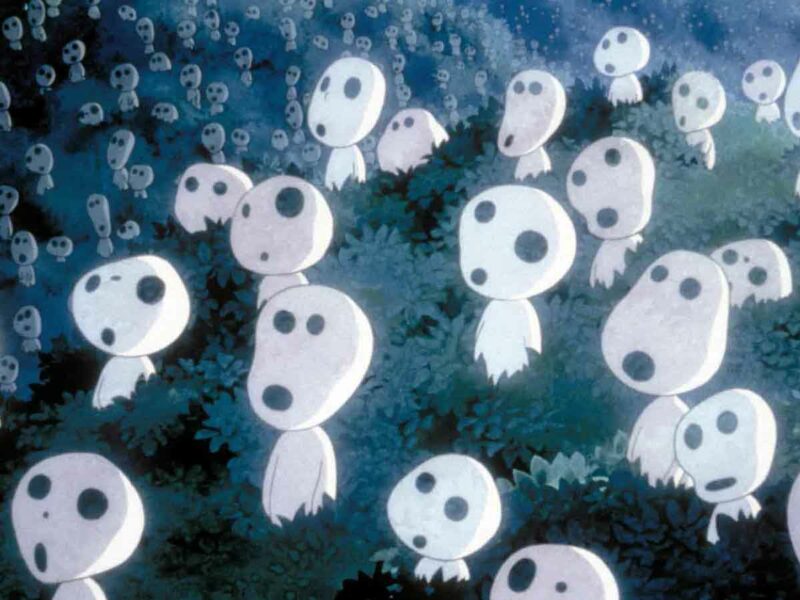 You can tell if someone has had life experience or not. The ones who have been in combat zones in positions of leadership, run their own business on something other than hand-to-mouth accounting, or even have had to keep a small organization like a church, band, or cannibal army running have a different view of the world.

Spend a little time in a position of responsible authority — meaning that you have skin in the game and suffer if something goes wrong — and you start dividing the world into capable people and rubes. The capable people are like you; they make things happen and figure out what they do not know.

The rubes however exist in the face-value world of absolute and universal “truths” offered by advertisements, government, religion, and things their friends swear worked absolutely well for them. They have no idea what is real because they have no interest in what is real; they want someone else to handle it for them!

Your rube is a product of civilization itself. When man takes over from nature, humanity starts to produce people who are entirely dependent on society existing first. Without credit cards, easy jobs, and grocery stores, these people would very rapidly perish. About half of our society desires a crash for that exact reason.

To avoid producing rubes, society needs to avoid overcivilizing. That is, it cannot interrupt natural selection, social Darwinism, innate hierarchy, and other means of pushing incompetents out of the picture. It must be bigoted, discriminatory, marginalizing, and genocidal toward rubes.

After all, water seeks its lowest level, and all things expand from the point of least resistance. If there is not resistance within society, this gormless mass of consumer-wagies expands and digests everything. They are not here to produce, create, invent, curate, or culture; they are here to eat, watch, and demand services.

Traditional society avoided rubes through hierarchy. No one really cared what the servants and peasants thought about anything except their specific domain knowledge. They had no political representation or voice; they were treated like retarded children, basically given cookies and patted on the back before sending them on their way.

Was this cruel? No, it was the kindest option. It meant that the only areas where they could opine, they could succeed, and that because of the hierarchy, the best among them were always rewarded and found themselves in high demand. They did not have subsidies, but they had a chance to win the game.

They were free of the type of modern scorn we have where a bureaucrat with a masters degree looks down on the other proles and says, “Well if you aren’t living my lifestyle, there is obviously something wrong with you!” This is the basis behind postmodern liberalism: if you do not have the correct opinions, you do not have wealth either.

Most of our modern bureaucrats are in fact proles and peasants in their souls and abilities, which is why they bungle relatively easy tasks like COVID-19, the national debt, and keeping an economy afloat. They are masters of the details but not knitting them together into a coherent narrative and topographic representation of the situation.

In fact, it is their inability to see more than detail that makes them depend on conjectural thinking:

In reality, in the Real World of Nature, developmental evolution happens in the matrix of an environment/ecosystem. Fractally: our own human species’ development from the primitive homo sapiens we were 300,000 years ago to the human beings we are today exclusively happened within the matrix of an environment we call “Civilization” [re: “society”].

In this way, civilization produces its own poisons much as our bodies do, but refuses to excrete them. Past societies tended to use the retarded as sacrifices, kill repeat criminals, formalize the promiscuous and perverse into prostitutes, and exile the insane or antisocial. This removed the waste humans.

Modern people have trouble realizing that society runs on goodwill:

Specifically, a goodwill definition is the portion of the purchase price that is higher than the sum of the net fair value of all of the assets purchased in the acquisition and the liabilities assumed in the process.

The value of a company’s name, brand reputation, loyal customer base, solid customer service, good employee relations, and proprietary technology represent aspects of goodwill. This value is why one company may pay a premium for another.

Goodwill estimates intangible value such as brand strength and stability, especially that which reflects the behavior of customers. With goodwill, customers will keep using a company until they have a bad experience with it. Industry leaders have goodwill from market and consumers until they make a big mistake like Arthur Andersen did.

A society runs on the goodwill that consumers have toward that society as a whole. When it is starting out, a society has a clear goal of establishing itself, so it can reward those who perform a part in achieving that goal. Over time, once the society is stable and producing wealth, the goodwill fades and people turn on their society.

Much of that turning on society comes about because it starts spreading the reward around. When your job hires bean-counters, you start to view it as run by idiots and ripe for exploitation. When society gives free money to the poor or immigrants, you adopt the same negative view toward your society as a whole.

In the end analysis, the most precious thing any society can have is this goodwill. When your society is perceived as legitimate and succeeding, the non-rubes will work toward its success; when it is seen as a subsidy for rubes, people start to treat it like a public toilet.

Keep in mind that Arthur Andersen was ultimately found to have done nothing wrong:

The firm, which reported roughly $9 billion in global revenue for fiscal 2001, was in 2002 convicted by a Houston jury of obstructing the government’s investigation into Enron by shredding thousands of records and deleting tens of thousands of email messages, impeding an investigation by the Securities and Exchange Commission.

The Supreme Court in 2005 unanimously overturned Arthur Andersen’s criminal conviction, concluding the judge’s instructions to the jury were flawed and making it clear that lawyers and executives have some latitude in destroying sensitive or outdated documents.

However, being technically correct does not go far with goodwill. The audience perceived that the company had knowingly enabled criminal or at least deceptive behavior, and therefore the ninety years of prestige and reputation built up by the company went out the window in an instant and it dissolved.

Rubes do not understand this. Rubes understand things they can touch, hold, or spend. They are not interested in civilization, these inherently bourgeois “last men.” To them, civilization just exists like electricity and water, and they have paid their dues through taxes (or not) so are owed some share of the dosh.

If you ask a rube about government, you will get some variant of the free money theory. Everyone is equal, therefore differences in ability are caused by lack of access to education or contacts, and so “we” should spread the money, power, and status around until everyone is equal.

This might be called the shopkeeper/consumer view of reality. There is no need to do anything but buy and sell, and to facilitate this, everyone should have money so the sales keep going up. If money exists somewhere, you can take it and give it to people with no consequences.

A more accurate view holds that an economy is like a clay sculpture. You can take from one part to build up another part, but you will leave a gap that will need to be filled by another part of the sculpture or it will become unstable and fall apart.

Among modern heresies like “intelligence is heritable and determines ability and wealth,” the heresy that “all costs are passed on to the consumer” rankles people like nothing else. They want to believe in a clay structure where you can just add clay wherever you want and the sculpture does not become unstable.

Rubes take life at face-value and think they are clever for doing so. If their contract says that they are entitled to something, they read that to be as inclusive as they can, therefore gaining benefits. If the contract says all repairs are free, they will gladly bring in a twenty-year old dead gadget and expect a brand new one.

You can see this every day at the Walmart returns counter. People will take their old toaster, crusted in grease and crumbs, and stick it in the box of a new toaster they bought and try to “return” it despite its date of manufacture being during the Clinton administration.

To them, it says that they can return a product for any reason, so the product being old and having finally expired is technically a reason. If the return is not accepted, they tend to throw tantrums. Walmart absorbs the loss but prices keep creeping higher each time those losses hit the books.

Rubes believe there is a great pool of free money in the sky somewhere — maybe next to Jesus — which can be taken and given around without consequences. They want their part of the free money. That resources are limited, including time, means nothing to them. Rubes take society at face value as if it were a product on a shelf.

If we imagine a Star Trek society where nearly-free energy means that products are free, we can see a formula for a horrific dystopia. Humanity will grow to infinite size. In the process, all humans will be forced into giving away services for free to deal with the masses of humans.

It makes sense to have limits on resources. With infinite growth comes reduced standards and the rubes take over. If you limit resources, you limit the number of rubes and other parasites that your society can support, and by doing this preserve goodwill.

To keep goodwill in a society, you need a Golden Rule of this type: anyone who does anything good, and only these people, get rewarded. The minute you start rewarding people for anything but doing good, including doing nothing, your society starts to consume itself.

Tags: all costs are passed on to the consumer, arthur andersen, goodwill, rubes, socialism

DiversityWatch (November 27, 2022) | If Democracy Is “Freedom,” Why Are We Still Banning Books?