If Democracy Is “Freedom,” Why Are We Still Banning Books? 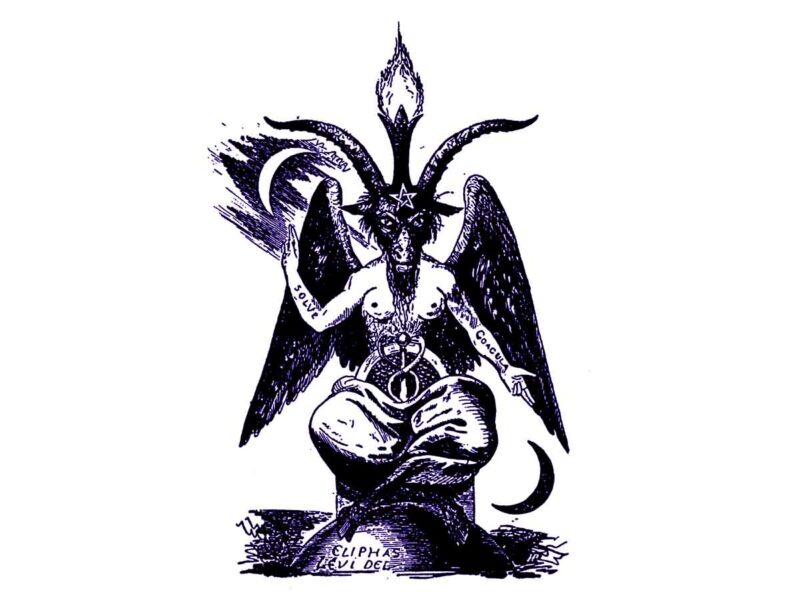 Civilization changed once it got prosperous and lost direction because it was more focused on maintaining wealth by not screwing up its methods than it was on creating order by pointing in the right direction. The method became the goal, and the goal was lost, mainly since the old goal of survival had become obsolete.

The first signs of the decline occurred over a thousand years ago when kings, instead of being able to strike out against disorder, found themselves having to achieve consensus among landowners who were supported by the new mercantile middle class which wanted most of all to expand markets by reducing obligations to anything but commerce.

Looking for a way to explain the takeover by little people as something good, the early rationalizers of the decline hit on freedom. The idea there was that if we could not have actual unity on a goal, we could have unity based around a method, namely letting everyone do whatever they want.

Coming out of the early mercantile wars arising from Muslim invasions, moving into the Peasant Revolts as aided by the Mongol conquest, finally finding voice in the Magna Carta and Enlightenment,™ this line of thinking gave rise to Parliaments and later, the French Revolution, paving the way for Communism and National Socialism.

However, like all conjectural belief systems, this one formed an arc from its promise to the point where it inverted itself mid-flight because it ceased to be a goal and became a method. At that point, defending freedom replaced freedom itself, and now centuries later freedom rejects freedom:

A number of democratic countries, including Austria, France, Germany, and Canada, have criminalized various forms of “hate speech”, including books judged to disparage minority groups. In the 1980s, Ernst Zündel was convicted twice under Canada’s “false news” laws for publishing Did Six Million Really Die?, a 1974 book denying the Holocaust. On appeal, the Canadian Supreme Court found the “false news” law unconstitutional in 1992, but Zündel was later deported from Canada (and then arrested and jailed after he arrived in his native Germany) for publishing this book and other material on his Zundelsite. Even so, Deborah Lipstadt and some other prominent critics of Holocaust deniers have gone on record as opposing laws that would censor such speech.

Shakespeare’s The Merchant of Venice was banned from classrooms in Midland, Michigan in 1980, due to its portrayal of the Jewish character Shylock. It has been similarly banned in the 1930s in schools in Buffalo and Manchester, NY. Shakespeare’s plays have also often been “cleansed” of crude words and phrases.

You do not have to agree with Holocaust Revisionism — I affirm that the Holocaust happened through concentration camp deaths, mostly of dysentery, proportionate to what we saw in the Russian, British, Japanese, and American camps, and that while the Jewish fat soap, human skin lampshades, gas chamber showers, books bound in human flesh, and skeet shooting of babies were fake, this is immaterial; the disregard of human life happened — to see why censoring it presents a problem.

Mission creep occurs in all human endeavors when the arc changes. People start using the goal as a method and then it becomes a rationalization; how can I argue that what I want to do fits under the aegis of the method-as-goal? Any commercial enterprise helps the poor achieve equality if you rationalize it enough like a lawyer.

When we make it illegal to discuss certain things, the goal of avoiding lies becomes a method and that method is then used to rationalize including anything distantly related to those lies in the list of stuff to censor. Like mission creep, the list soon expands to include everything but the current narrative.

In this, we have a dangerous slippery slope because it will quickly become a spiral where the Holocaust becomes our new religion and anyone that is a heretic will be ostracized and persecuted. We have been in that state for nearly fifty years now and all it has done is make frank discussion of racial issues impossible.

Like many groups, the Jewish lobby does not realize that it is being used by Leftism Inc as a pity pet and proxy that enables the Left to expand its power under the guise of sympathy for victims of the Holocaust. This will lead to a backlash against the proxy (“The Jews™”) and not the source (Leftism/egalitarianism).

Even more, this distorts history. The default hypothesis refers to comparing an event to similar events and expecting similar results. If we look at the likely actual casualties, they are more consistent with deaths by disease in cramped concentration camps generally, and not an especially devious plan of genocide.

If all other things are consistent, we would expect the norm of a certain percentage of all concentration camp inmates to die of dysentery and other diseases that they would normally avoid under less dense and more hygenic population conditions.

That not just our leaders but multiple special interest groups seem content with this situation suggests that democracy has completed the first part of its arc and has now begun its fall back to Earth. Its agenda at this point is more censorship than “freedom” because, having taken over, equality is now subject to criticism of its failures.

At this point, we stand on a battlefield of ideas or least characterizations and instances of ideas. Equality, the reigning king, has grown old and calcified in the shadow of its failure to achieve its promises of Utopia; realists, still disorganized and confused, fumble for some pleasant-sounding version of their fundamental idea.

The ideological battlefield has attracted the attention of military propaganda organs seeking to control mass opinions via a Narrative and therefore, enforce Regime change as necessary:

“Individuals associated with the US military” are linked to an online propaganda campaign, Meta’s latest adversarial-threat report says.

“Although the people behind this operation attempted to conceal their identities and coordination, our investigation found links to individuals associated with the US military,” its report says.

US think tank the Atlantic Council’s Digital Forensic Research Lab managing editor Andy Carvin told the BBC when the campaign was first revealed, it would be “ineffective and counterproductive” for democracies to undertake such campaigns, because it meant using “the very tactics used by your adversaries” and “further eroding public trust”.

What we see happening overseas almost certainly has a domestic counterpart. Where foreign activity seeks to overthrow power, domestic activity pursues the maintenance of power by those who notice that the arc of history has shifted consistently in their direction since the Civil War. They want permanent control.

Whenever you see control — the use of conformity in external action to enforce unity of internal mental state — in action, consider that the game is not won and instead, those seeking control need it in order to advance their Utopian conjectures as if they were reality.

In other words, in a democracy, the various forces battle for control of your thoughts and opinions because they need you to vote for certain things so that your money goes in certain directions and maintains the flow of power. You are the product because you have a vote:

It is generally true that if a service is free then it is by definition exploitative of its users – if you are not paying for a product, the axiom goes, then you are the product. But in the case of social media, the regulation of your speech is the product. If a platform becomes too toxic, then it is useless for anyone except those who want an extremist ghetto of agitators. In that sense, social media is very much like society in general. Political and legal authorities are in the business of content moderation, in order to make our shared space as stable and safe as possible for a majority of people.

Those in power now argue for a facilitative society, or one that exists for the desires of its citizens, and not one that has a populist sense of a spirit of a land and its people that seeks to protect and advance the best of its citizens in order to maintain the intangible but living order of civilization itself.

That argument however has fallen flat of late. No honest thought process requires constant lies, and no Narrative that is succeeding requires censorship of any alternatives lest they start to compete with it in the marketplace and battlefield of ideas.

Much like the Cold War threatened to eventually do, the culture war has become a hot war based in mass manipulation through news, whether fake news or semi-factual news-entertainment product, showing just how unstable our system has become:

Prime movers like Musk now struggle not just against the greedy, parasitic welfare bureaucrats of Ayn Rand’s imagination, but a cultural regime that seeks to cement its dominance through corporate governance (not to mention academia and the media).

The cultural regime is the counter-culture, or those who want to destroy civilization so that they can “liberalize” individual rights by removing responsibilities to culture and realism for individuals, and if it cannot survive without a legion of people repeating propaganda and removing dissident voices, it shows it is not stable.

By the same token, we can see from cases abroad that communications media are silenced by governments in order to quell growing criticism of the dominant Narrative. When you must shut down communications to stay in power, your regime holds by a thread:

Earlier this month, Apple restricted the use of AirDrop in China. The file-sharing tool for iOS was used by protesters to communicate freely without the risk of censorship, because the tool uses direct connections between devices, creating a local network that cannot be monitored by government internet regulators.

Initially, people could choose to receive AirDrops from everyone nearby. However, a recent iOS update has made that impossible. The update made a change to AirDrop’s usage that only applies in mainland China, while the rest of the world can still use it to communicate as before.

Users in China can only receive from everyone nearby for only ten minutes, putting restrictions on how it’s used.

The Chinese and American governments are more similar than people might think. Both are mixed economies run by vast bureaucracies that through funding have centralized industry around Leftist ideological objectives, and both have used private business as a means of censoring opposition and mainstreaming propaganda.

Both are blind to the degree of dissatisfaction in their countries, just like the Soviets were, because in their circles such things are just not said. If you say them, you will never get promoted into the system in the first place, so by unnatural selection only those who self-censor have power.

This means that the system itself remains blind because it cannot consider any possibility other than that its methods are succeeding. Underlyings report cheerful lies to their bosses who then report those up the chain of command. Unable to see any alternatives, the febrile and calcified system staggers on toward sudden collapse.

Censorship means weakness which means that regime change looms closer than most realize. When the legitimacy of a system rests on some idea of liberation or freedom, having the balistic arc of the system turn against freedom means that the system has run its course and change outside of its Overton Window lurks on the horizon.