Roy Moore Knows The Constitution Better Than The Lügenpresse 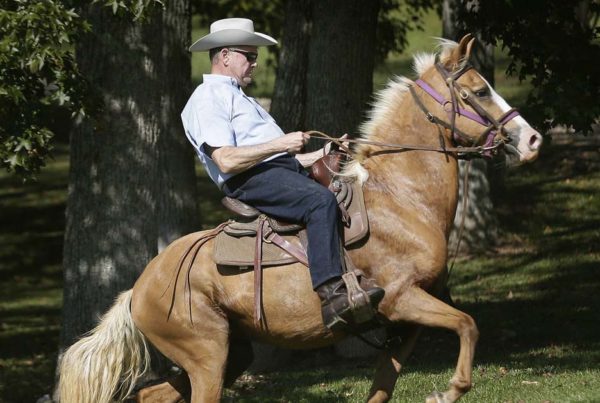 Chuck Todd needs a serious American History Lesson. After that, we can start in with the Christian Theology and Classical Greek Philosophy. That way, Woodchuck Todd can possess an education to accompany his degree. You see, Senator Roy Moore had the unmitigated gall to claim our unaliable rights came from The Creator. This just doesn’t fit well in Woodchuck world. It presupposes crazy stuff like a belief in a sovereign God and the heritage of Western philosophy.

â€œIf you don’t understand just how freaked out some folks in the GOP and the White House are about what that means, then you don’t know Roy Moore. First off, he doesn’t appear to believe in the Constitution as it’s written.â€ The Meet the Press moderator then played a clip of Moore telling a journalist the following: â€œOur rights don’t come from the government. They donâ€™t come from the Bill of Rights. They come from Almighty God.â€ Somehow, this led Todd to reply â€œthatâ€™s just a taste of what are very fundamentalist views that have gotten him removed from office twice as Alabama chief justice.â€

And if you think Judge Roy Moore’s whack-a-doodle fundy viewpoint will just get you fired, let’s climb inside the time machine and read about the time that espousing this sort of crazy got one of the best militaries in the world sicced on thirteen recalcitrant colonial territories of The British Empire. You see, these unrestrained, God-Boy, Crazy-Pants, Jeebus-Hollerin’ Mowrons like John Hancock and Thomas Jefferson had the disrespectful audacity to lay the following mind screw on Good Old King George III of Jolly Old England.

We hold these truths to be self-evident, that all men are created equal, that they are endowed by their Creator with certain unalienable Rights, that among these are Life, Liberty and the pursuit of Happiness. â€” That to secure these rights, Governments are instituted among Men, deriving their just powers from the consent of the governed, â€” That whenever any Form of Government becomes destructive of these ends, it is the Right of the People to alter or to abolish it…

So what sort of heresies athwart The Cathedral could possibly ensue from these crazy, seditious words? Well, that means government exists to enable the people to work the will of The Creator. Woodchuck would have to convince himself The Creator exists, or the whole Declaration of Independence is thoughtcrime according to his friends in the modern SJW/SWPL/RINO elite. It’s Jeebus Talk, which to coastal system profiteers is crazy whacked-out babble for trailer-dwelling dirt people. Brilliant, educated guys like Chuck Todd know better than The Creator. Entropy just randomly ran in reverse by pure happenstance.

Of course, all of this brings up a fair question. Namely, is Chuck Todd a smarter moral philosopher than Thomas Jefferson, John Jay or John Hancock? We need to elucidate that query further. If we decide to just be nice to the thirteen oppressed British Colonies and assume the existence of The Creator, than how do we get any unalienable rights out of the dude that flat-out nuked Sodom and Gomorrah like Kim Jung Un on a bad period? Here we turn to some Christian Theology. St. Paul in particular from The Epistle to The Galatians.

“For you were called to freedom, brethren; only do not use your freedom as an opportunity for the flesh, but through love be servants of one another. For the whole law is fulfilled in one word, ‘You shall love your neighbor as yourself'” (Gal 5:13-14).

So the Creator does two things here. He gives a set of rights and then makes you pick up the heavy ruck sack of personal responsibility. All of which runs athwart the guiding principals of the entire Moldbuggian Cathedral. Chuck Todd and Barack Obama not only can’t tell a good Christian what they are allowed to think, they morally shouldn’t. To make this worse, the immorality of Chuck Todd’s self-selecting elite is not even based on the content of their message. They are the Modern Pharasies. The awakened Christian should consider The Cathedral a heretical execration by the very nature of its existence. Now St. Paul was nice about this, but what Galatians tells us is to stop listening to the Chuck Toads of the world and get their own damn defecation in sequence.

That certainly isn’t the nice, cuddly Jesus we get sold in Sunday Schools taught by Cuck Church Christians. I mean he’s saddened if you take two bottles of vodka, disappear for forty-eight hours and completely wreck your own physical and mental well-being. On the other hand, he figures the wrecked car and the splitting hangover are only a down payment on the wages of sin. The Chuck Toads (and the Vladimir Lenins) of the world think a single payer should clean all those messes up. You’re a nice, equal person, even if you identify as Smirnoff. Judge Roy Moore, Thomas Jefferson and even St Paul would agree you are created equal, but can darn sure go to hell in a bucket if you use your freedom poorly.

And all of these people hold these crazy points of view because they are in line with something that good SJWs like Chuck Todd despise. They are all tracing their intellectual lineage to Aristotle and even further, back to Plato. It was Aristotle who claims “I have gained this from my philosophy, I of my own free will what others only do out of fear of the law.” It was Plato who originally put forward the sort of philosophical contract that St. Paul preaches to The Galatians. You can have the benefits of civilization, if you do your duty to maintain it.

Plato stressed the importance of law in his other works. In the Crito, a dialogue between Socrates and his friend Crito, Crito offers Socrates a way to escape his impending execution. Socrates refuses, explaining that when a citizen chooses to live in a state, he â€œhas entered into an implied contract that he will do as . . . [the laws] command him.â€ In Platoâ€™s Laws, his last book, he summarizes his stance on the rule of law: Where the law is subject to some other authority and has none of its own, the collapse of the state, in my view, is not far off; but if law is the master of the government and the government is its slave, then the situation is full of promise and men enjoy all the blessings that the gods shower on a state.

Aristotle took Plato’s principles and built an analytical system by which he rated governments on whether they were true to the commonweal of those that they govern.

Aristotle believed that tyranny is the â€œvery reverse of a constitution.â€ He explained that where the laws have no authority, there is no constitution. The law ought to be supreme over all. Aristotle stressed that these laws must uphold just principles, such that â€œtrue forms of government will of necessity have just laws, and perverted forms of government will have unjust laws.â€ Aristotle held views similar to Platoâ€™s about the dangers of democracy and oligarchy. He feared that both pitted the rich against the poor. But he recognized that these types of governments took many forms. The worst were those without the rule of law. In democracies without law, demagogues (leaders appealing to emotions) took over.

Which then brings us to the question Pilate famously asked. “What is truth?” Judge Roy Moore believes truth is found in the Bible and, based on that, this truth is espoused in our nation’s founding documents. Fair and honorable men can legitimately argue the fairness or honesty of those documents removed from the context of a godly nation, ruled by a humbled leadership caste that seeks greatness measured in the service they provide to a grateful and decent nation. Chuck Todd would be lower middle class if he were unlucky enough to live in any society that noble and decent.

Judge Roy Moore aspires to vision beyond the intellectual ken of the shaved and perfumed apes that rule our kakistocratic, demotic cathedral. His eyes are on a vision of heaven reflected as well on Earth as a flawed group of men can manage it. He is confrontational and at times lacks finesse. People therefore accuse him of being headstrong and egocentric. This is inverted. He is selfless. It is not about him. He genuinely believes he works for the man upstairs in gratitude for what Thomas Jefferson and the boys referred as inalianable rights. That would make Judge Roy Moore the real Aristotle here. He is doing of his own free will what others are too scared to do out of fear of the #SJW.

Homogeneity Works, Heterogeneity Does Not: Ethnic Diversity Is As Toxic As Racial Diversity | A Brave New Homosexual World