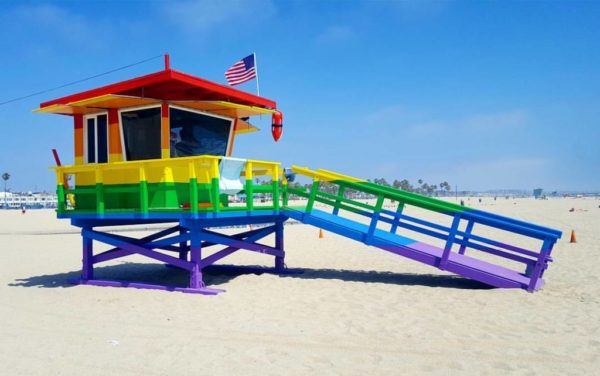 Today the total earth population is hovering around eight billion, most of whom are not very bright and show minimal concern for the future of nature, humanity or common sense. We know that the fuse is lit, and at some point, this bomb will go off and destroy us. At the back of our minds, we hope for some deliverance from this inevitable disaster.

Imagine that a new and extremely popular leader emerges today who is so persuasive and charismatic that he convinces the voters that we must cut the world population in half.Â This leader has Colgate teeth, a benevolent face, the most soothing voice and the most handsome face you could ever imagine, combined with poise, swag and a posture which embodies every archetype you hold in awe. And yet, he is talking about eliminating four billion people. What might we call this person? Stalin 2.0, or Hitler, the sequel? Maybe Satan. Take your pick.

But he is merely advocating homosexuality.

If enough of humanity accepts homosexuality, and it becomes massively trendy, we can successfully negate the human breeding colossus. Men cannot breed with men, nor with with other women, so each person converted means two people taken out of circulation. And it might just succeed. With enough manipulative advertising, you can brand any poison into the latest fad, getting people to wait in line for it. Homosexuality is the most celebrated fad in todayâ€™s decadent world, thanks to smart branding: love, rainbows, freedom to choose, all-inclusiveness, forward-thinking, progress… the perfect formula for a new gay planet.

The opposite sex has no place in a homosexual world. Humanity is thus effectively divided in two perfect halves, each wanting to be independent of the other, disgusted by the other, repulsed by the other, but donâ€™t forget, itâ€™s all under the aegis of freedom to choose whom you want to love! A trifle to pay for all the progress that lies in wait.

It takes Adam and Eve to create humanity. Adam and Steve will have to borrow someone elseâ€™s kid to fake a family. They can also use “science” to turn them into freaks that can get pregnant, give birth and lactate, and if they canâ€™t afford it, the state will happily oblige. But nonetheless, they want to exist away from the opposite sex. Not quite the all-inclusiveness thatâ€™s advertised, but think of the ecological impact: fewer people means less pollution and more grass to munch upon. More job opportunities and higher wages too!

Itâ€™s really a win-win situation. Families and reproduction lead to overpopulation. Homosexuality means open-mindedness and lower population. Even more, it allows each person to exist without the burden of family, which could restrict their pursuit of their own ideas and urges. One more nail in the coffin of the outdated heterosexual model!

In the case of a homosexual Earth scenario, someone — most likely the state — needs to take things in charge to avoid a complete extinction of humanity. It can factory-farm foetuses to keep economies running, providing them with the needed amount of cattle. This way, the homosexual utopia can finally become a reality, and the state can manage our lives from cradle to grade in its infinite benevolence.Â