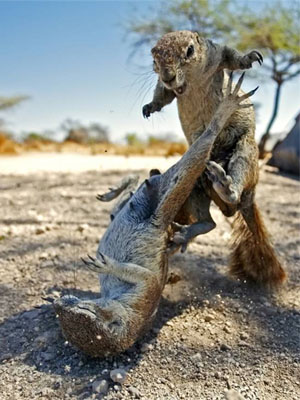 When humans are young, life appears as a path because there are hoops to jump through on the way to adulthood and only one passage that goes that way.

As life goes on, life begins to resemble a tree, with every choice leading to a branch. The biggest choices often do not announce themselves as such, but like a tree branch, lead you away from the trunk down a branch of branches related to the initial decision.

Moral decisions are this way. They seem innocent, but lead to finer divisions of the same basic choice. If you start stealing, soon there will be more opportunities to steal, and more pressures encouraging you to do so.

In the same way delusion is destructive. If you tell yourself one lie about an obvious truth, and use it to make yourself feel better, soon you will be telling more lies — bigger lies — to support that initial lie.

Much has been made of the idea that liberalism is an “ideology” and that ideologies are bad. The point is that conservatism is natural, and ideologies are made-up theory that is imposed on the nature as an alternative.

While this is true, it is also insufficient. All values systems are ideologies. What makes liberalism as an ideology different is that it explicitly replaces nature with a human order of “progress” that leads to a Utopia.

In other words, liberalism encourages us to take a look at all the world has to offer, pick a series of social values like inclusivity and fairness, and re-design our response to the world based on these alone, ignoring all other factors.

If someone decided to ignore the consequences of her actions in any other context, we would declare her insane and pack her off to an institution (or, more accurately, put her on disability and look the other way while she became homeless).

With liberalism however we ignore the insanity because it is a “good intentions” policy. Its essence is socialization, or getting along with other people. The way to do this is to include everyone, share and treat everyone as you want to be treated.

That sounds good. However, it is fatally flawed, because not everyone is good or correct. Many in fact are misguided. Substituting a concern for their goals and the results of those goals, with a concern only for how they are treated socially, effectively obliterates a society based on leadership, goals and ideas.

What replaces it is a touchy-feely society based on everyone getting along. Compassion replaces accuracy. Flattery supplants communication. Decisions are no longer made on the basis of success or failure, but the appearance of the former.

The result is an oversocialized civilization that lures itself into oblivion, then justifies that oblivion as good because it is socially acceptable, and by encouraging pluralism fragments its people into infinite directions, making repair impossible.

Liberalism is one form of this oversocialization, but all forms of oversocialization take the same basic direction, which is a promiscuous public altruism to convince others of your worth, in order to rise in a social game of moral one-upsmanship.

What they do not tell you about liberalism is that it rots your soul. On the tree of choices, the first choice to self-delude is a simple one; you pretend you are not as fat as you are, or that your grades will be better than you know they will be.

But that choice leads to others which are increasingly difficult to escape. At some point, you have to declare your life a failure up to that point and bail out entirely, or you will just keep perpetuating the process and feeding the monkey on your back.

As human beings of functional mind, we come with common sense and can tell that not all people are equal. We know that Utopia is meaningless because it would be boring, stagnant and entropy-laden. Yet we insist on playing this game, and it corrupts us.

What at first is a playful way of ignoring reality in favor of something that makes us feel like important heroes reforming a dystopian feral nature into a utopian progress, soon becomes an addiction to unreality which twists us from within.

Those who adopt liberalism are taking on a voluntary, arbitrary mental disease. All delusions are mental diseases, and liberalism by making its victims depend on that delusion does nothing but expand its hold on their minds.

As they are forced farther from reality, and as a result spend their lives on meaningless symbolic activities to make others like them, people get more alienated from understanding themselves. The cycle of consumption and self-destruction starts here.

When you look at people who have been liberals all their lives, you notice two things in common: they have trouble with any goal that is not externally defined, like making a lot of money or being popular. And they are angry, always angry.

Like all good parasites and addictions, liberalism both alleviates a stressor and brings it back in even stronger form. It seems to explain all that is wrong with the world, but by doing that, requires its victims to religiously believe in an illusion.

That illusion is cracking now, two centuries and change into the great liberal experiment in the West, and many people are even more alienated than before as a result. Expect them to reveal the ugliness of rotted souls as they lash out to keep the illusion alive.

Yet like all things in nature, eventually the reality principle kicks in. We can only borrow so much money, explain away so many failures, hide so many false estimations of our importance. At some point, we must produce again.

Liberalism destroys the souls of its victims by forcing them to make moral choices to deny the obvious. Their identity then depends on that, and they deepen the lie. While telling truth to lies may harm them at first, it is the only real cure for their disease.