An offer you can’t refuse 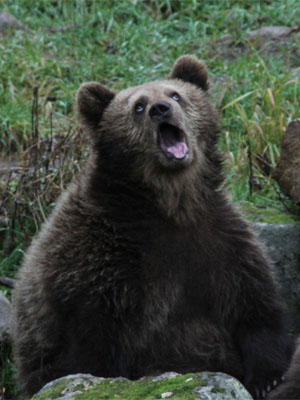 People like to talk about the world of possibility as if there are new and yet undiscovered ways of doing things that humans have tackled for eons. While this may be true with technology, it isn’t with government or personal life.

Indulging in the fiction that there “might be” other options is a perpetual ploy to stop us from choosing one now. After all, tomorrow there might be a better one. Or like a hundred thousand yesterdays, there will not be.

Our lives are full of these little fictions. They are ways that other people convince us not to act, and to live in denial of reality, instead of looking at it systematically and figuring out what’s going on.

It is popular to deny that the fictions of individuals, like the incompetence of individuals, are the basis of our downfall. It is much more popular to blame impersonal and external forces, like corporations, kings, laws, conspiracies and secret societies.

Those are convenient for many reasons. First, they are not perceived as people, so no one is personally to blame. Second, they’re necessary, so they are easily complained about (like bosses in the afternoon) without any mandate to action or blame for inaction.

Our default state as children is to view all problems as arising from incompetence or stupidity. The adults spend many years educating away this knowledge, so that we “wisely” and “maturely” instead blame unfixably large and distant forces.

That blame-shift reflects wishful thinking on the part of most people. They are trying to invent an alternate theory to cover up the far simpler reality, which is that humans tend toward one of two basic outlooks on the world:

Since 1789 and the French Revolution, the former has been more prevalent than the latter. To have a social order without leaders, you need to organize the mob toward some very simple values system that defeats the inherent pluralism of a mob.

This becomes a tautological values system: “we are united to fight for our right to be united,” namely the underpinnings of altruism and egalitarianism that make everyone feel accepted and are thus how you create and organize a mob in the first place.

Tolerance and universalism, or the same rules applying to everyone, are the bedrock of this new belief. It is an “ideology” in that it is invented in order to justify a behavior, and does not arise out of normal behavior which needs no justification because it is practical, traditional or geared toward great beauty.

The problem with tolerance is that it is an offer you cannot refuse. It is necessary for the ideology to succeed, and thus it is demanded. You can either give in, or you’re an enemy of the ideology and those who uphold that ideology must destroy you.

This one-way street shows the true nature of this ideology, which is to neutralize all opposition and set into course a path of decay which removes all constraints on the individual (eventually). It is a small fiction whose goal is to disable you.

Because it styles itself as altruistic and egalitarian, it cannot be opposed, since to do so is to oppose all things that are sociable and lead to including everyone, playing well with others, us all getting along, peace and love, etc.

And yet this ideology is reminiscent of a small child. When it does not get what it wants, it cries unfairness. Then it stomps off and finds other children that agree what happened was unfair. Eventually they return in a group, with the power of public shame as their weapon.