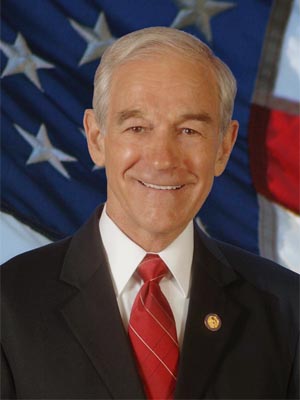 We always think of a bully as an individual, when the real bully is most likely a group.

Or rather, an attitude within a group that “everyone” agrees is important, usually so that it sticks around longer than it should. If their friend group agrees on something, most people are going to go along with it, usually making it appear true for at least another generation.

This bullying, called Crowdism, works by passive aggression. The bullies pretend that something is true. If you don’t also pretend, they act surprised and hurt, and wonder aloud how you can deny such obvious truth. Then they summon outrage, call you a heretic, and come after you with a feeling of righteousness.

Throughout history, the biggest human bullies have not been rich people, governments, religions or even warriors, but groups of normal people who decide they must keep a lie alive by ostracizing anyone who doesn’t buy into it.

People hate change. They may claim they want change, but what they really want is for everything to stay the same — and themselves to get a slightly bigger slice of the pie. Actual change scares them, because they don’t know how things will be, and that frightens them like death.

Republican presidential candidate Ron Paul told Chris Mathews on MSNBC Friday that he would not have voted in favor of the Civil Rights Act of 1964, if he were a member of congress at the time. Though Paul said that while he thought Jim Crow laws were illegal, he would have opposed the Civil Rights Act “because of the property rights element, not because they got rid of the Jim Crow laws.” – The Atlantic

What did Ron Paul say, unpacked: he opposed the property rights portion of the Civil Rights Act, namely that part that tells you that you cannot discriminate in hiring, renting or service on the basis of race. Paul’s point is simple: on your property, you should be able to do whatever you want.

But look how the cowards in media have spun this one:

The problem for Paul is that he has a chance to make his brand of libertarianism more accessible to people in this Tea Party year in particular. This comment means he wonâ€™t have a chance of getting the Republican nomination and even if he did Barack Obama or any Democrat [would] decimate him at the polls… There are certain â€œgivensâ€ in American politics… and the countryâ€™s often shifting political center would not support a candidate that a) says he wouldnâ€™t have vote for the landmark Civil Rights Act and b) left himself so open to being easily destroyed by his opponents.

Who is this sniveling coward?

He’s using the old “We all agree” line that was even archaic when your parents used it on you. Your mother and I agree, your dad would say, and then make some arbitrary statement. Except now the bullies are claiming to speak for the whole community.

Even worse, they’re trying to fake out Ron Paul. They’re threatening him indirectly, hoping that he’ll lose his nerve and recant, at which point he looks like an indecisive wimp who backed down when challenged by moderates. They’ll giggle gleefully and scamper off, glad at having destroyed another person of higher character than their own.

They’re pretending that things are true, and that if you speak out against those Unholy Holy Taboos, you will somehow lose everything you have and be lower than pond scum (which actually serves a vital function in its ecosystem). They’re bullies, pretending to be victims, and for too long we’ve taken them at face value when we should be seeing them for what they are: cowardly sheep.

Out of balance | Identity