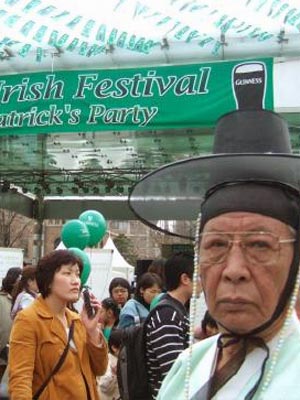 In this world, we have objects and phenomena; the latter are how objects and events are organized. Objects may have a center, but phenomena do.

This is because for any type of action to repeat itself, it must have a trigger, which is usually not what we think it is. We think the rain dance brings rain; what brings rain is a shift in the balance of water kept in the clouds and its potentiality relative to earth.

Do I know the exact mechanisms? No, because linear detail obscures the larger pattern, which is that having water in the right place at the right time, and then having that water shift forms, is the center of what produces rain.

Think of activities of importance in your life. Is what triggers good grades sitting down to study? No, contrary to what your teachers taught you — many do this, few succeed. What triggers good grades is having mastery of the material, beyond memorizing linear details. You must be able to extrapolate from a center of knowledge.

What has always bothered me about Western politics — liberal democracy mated with third-world style capitalism, or consumerism — is that there is no center. What do we all agree on? Uh… gee… the economy? Defense against Hitlers? Um… television?

The left and right cannot agree, and do not constitute a center. Constant debate, while we are trained to think it is “refreshing” and “keeping our options open,” is in fact a giant ruse to keep us from ever having a center. This keeps us on hold while the process grinds on, never finding an answer, and thus leaving us in convenient anarchy — which benefits rapacious individuals and businesses most of all, good people the least.

There is no reconciling these two. If you want to sabotage a government, make sure its job is to make both groups happy. If you’re really hell-bent on getting nothing done, make sure you trade off parties every four years. Then government will become inert, which if you fear its control by the other party, may be your ideal.

However, this inaction comes with a cost.

If you don’t move forward in life, you stagnate, and all of the stuff around you moves forward. You are left behind by virtue of not keeping up.

With our lack of a center, we have stagnated. True, our industrial power keeps developing, but that is thanks to relatively few inventions (internal combustion, computing, genetics) and does not give us such a leap ahead of others that we are not achievable targets on their list entitled Where Next to Conquer.

Even more, it has helped our society fall apart.

Without a center, we have no way to extrapolate from a values system or central concept.

Liberalism offers us a faux central concept, namely equality, but since this regulates an effect (“all people are equal”) not a cause (“all people have the same abilities, health and character”) it becomes self-contradicting rather rapidly. Extrapolating from that faux center results in chaos and confusion.

This in turn makes people inert, or unable to act; that pleases only those of low self-confidence and self-esteem who want to sabotage everyone else. If your best hope in life is a boring job and a boring apartment and a few petty pleasures, the last thing you want is people rising around you.

A huge part of having a center is having an identity, or a statement to the effect of “We are the group that x, y and z.” We are Germans; we value efficiency, cleanliness and logical consistency. We are Spanish; we value passion, intensity and honor. Identity is both a values statement and a membership.

Iâ€™m Mexican and I would go crazy if I had to see Mexicans all day long, so I break it up by working in the predominantly white entertainment industry. I get my white fix for 9 hours, come home to the ocean of Brown that swims past my windows. And see, the white people I work with are the archetypal white folk who are assuredly not trash. They have delicate sensibilities and they eat the right thing, shop at the right places, watch the right entertainment. Everything about the white people I interact with during the day is right. Right! No sir, I could never live with beaners all day long. So itâ€™s kind of cool that there are 6 white people nearby my apartment, composing about 90% of all white residents of the city of East Los Angeles. And here is the funny thing: if youâ€™re white and you live in East L.Aâ€¦.youâ€™re probably White Trash by definition. This is the unfortunate side effect of belonging to a cherished racial groupâ€¦you must live a life others expect you to or youâ€™re bascially slumming it. Youâ€™re trash, and youâ€™re instantly suspect and elicit shameful disdain from the elites.

The mere existence of a phrase like â€œwhite trashâ€ instantly insinuates that whites are inherently above trash as a group. By default, whiteâ€™s are better. Thus the need to clarify when they are in fact trash. A white person living in my neighborhood is trash because they donâ€™t see fit to do the proper thing and live on the Westside or even in Downey which is a nearby community that seems to have lots of White Trash and even not-so-trashy white people. So if youâ€™re white and live in East L.A., youâ€™re trash; if youâ€™re one of the multitude of Mexicans, hey, youâ€™re just Mexican, no need to clarify with the â€œtrashâ€ add-on. There is no â€œbrown trashâ€ quantifier. If youâ€™re Mexican in this town, you are automatically trash and being that no Mexican can be thought of surpassing that by nature, they are assumed as a group to roundly fit the trash conditions. So you can stand me next to my White Trash neighbors and as such, we are essentially equals. They are underachieving for their race, and even though I am (I would think) over-achieving for mine, I still live in this shithole because itâ€™s cheap and convenient for work and family. – An Unmarried Man

But without a center, we do not have an identity. Without that, we are a collection of random rules enforced by an increasingly powerful government, to the benefit of soulless business, and loosely tied together by what we mistake for political attitudes but are actually platitudes, or pleasant-sounding murmurs of opinion about effects (“all people should be equal”) that are recognized to not exist in reality.

WND, an American mainstream conservative organization, wants me to be outraged by Eboo Patel’s statement. I am not outraged; I think he’s right. Per the norm for liberals, he told you half the story. He represents a totalitarian government that wants to rule by thought control through social guilt.

On the other hand, traditional religious governments want to rule through a type of ideal, which is a form of identity. It matters whether it’s Islamic or Christian, but the type of society they desire is the same. Greens, national socialists, and deontological moralists all fall into this camp as well.

Many of us want a civilization based around an ideal:

We are denied this type of civilization by another civilization type, which is the society of no center. All of these are the same: chaotic, lowest common denominator, anarchistic life in the streets, a powerful government with a powerful dogma verging toward the left, and behind the scenes, a vast web of corruption and payoffs and oligarchs who actually make things happen, invisibly.

All civilizations with a center naturally find compatibility between that ideal and the various areas it could manifest, like identity, values, philosophy, theology and heritage — a genetic record of not just geography, but cultural values in the past — because all interpretations converge on its core ideal, or center.

This means that for a civilization with a center, nothing is guesswork. You know what behaviors will be rewarded, and what will not, even in ambiguous situations. Even more, it provides a firmer “glue” that keeps the group bonded to you as an individual: not “we must support him, because he’s equal” but “we want to support him because he’s a good guy defending the values all of us cherish.”

Let’s look at another more troubling clash of civilizations:

Two Muslim mothers in a northern Indian town have been arrested on accusations they killed their daughters for dishonoring the family by eloping with Hindu men, police said Sunday.

Zahida and Husna were neighbors in Baghpat, a town in Indiaâ€™s Uttar Pradesh state, when they fell in love with two construction workers. They eloped and got married last week before returning home to make peace with their families, Kusan said.

The women belonged to Muslim families and their mothers, both widows, were furious, Kusan said.

Initial investigations showed that the mothers helped each other to strangle their daughters.

â€œWe killed them because they brought shame to our community. How could they elope with Hindus? They deserved to die. We have no remorse,â€ Khatun, one of the mothers, was quoted as saying by the Indian Express newspaper after her arrest Friday. – WAPO

We are trained by our media, social groups and government to react with outrage at this. “Whoah, dude, not cool! They murdered these girls just for marrying the ‘wrong’ guys? But it’s their choice! That’s totally unfair!”

Flip it around: modern society doesn’t allow the community to tell someone when they’re doing something destructive. This leaves open only one path: gradual increases in degree of destruction, and less of a center, which benefits those same smiling businessmen and others who profit from society having as few standards as possible.

Even more, look at this as an act of passive aggression. We the daughters destroyed your concept of an ideal society, and now we’re coming home to force you to accept us. For us westerners, it’s as if your child decided to turn his or her back on commerce, equality, democracy and television.

Societies have some kind of glue that unites them at all times. If it cannot be a center, it becomes an artificial imposed faux center, like the political dogma of the Soviet Union.

Our birdbrain media pundits use examples like the honor killing above to scare us away from the idea of a philosophy with a center. “If you pick a values system, you could be on the wrong side of it, and you can’t just do anything you want! It will end in violence!”

Instead, it will end in slow decay as their centerless society collapses from within.