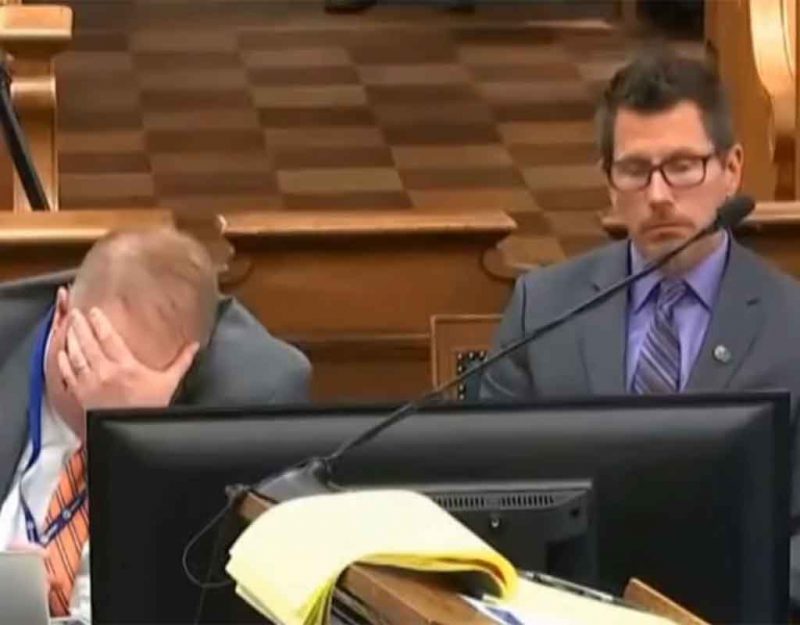 A few things have unnerved Americans of late. California governor Gavin Newsom has gone missing, Joe Biden is dropping like a stone in even the fake media polls, the crooked vote in Virginia convinced more people than ever before that election 2020 was stolen, John Durham is out there interrogating people who participated in the RussiaGate scandal, and now this… the Kyle Rittenhouse case just collapsed.

Here’s my take on it.

The DA or someone above them, a committed Leftist, wanted some headlines. Remember what happened to the McCloskeys? They held off the Burn Loot Murder crowd with firearms and got charged by their local Leftists. Eventually they took a plea deal to something minor, but the headlines read “McCloskeys admit guilt in…” and no one read after that.

Social media has made headlines even more important, and that influenced this situation. When you use a scrolling-style social media site like Facebook or Twitter, stuff constantly moves upward on your screen, and you win social media points by being the first to have a witty comment. This means that you need to waste as little time possible reading the story or even the full headline.

This DA — or whomever — wanted a similar result in the Rittenhouse case to the McCloskey case. Leftists understand bullying because it is their only tactic, a type of guilt-bullying whereby they claim to be doing absolute good, which since it is absolute means that anyone who dissents is pro-evil. Make sense? No, neither do good and evil.

They figured that if they got Rittenhouse thrown in jail, arrayed millions of dollars of lawyers against him, and riled up the media about this “white supremacist” who killed people, he would do the sensible thing and take a please bargain. “Rittenhouse admits guilt in…” would be the headlines, and this would stir up the Leftist base which is basically their only weapon (this is why they are always “raising awareness” together like good friendless neurotics).

Instead, Rittenhouse took a page from the Nick Sandmann book: he fought back by hiring an experienced attorney who knew how to manage public image. This attorney stopped the talk about plea bargains, knowing that the state wanted to avoid trial, and took the case to trial, wading through all the evidence and jumping hoops.

The ADA trying the case probably had been summoned early one morning. His boss looked at him and said, “I need you to take down this Rittenhouse kid. Get him to plead so we get some good headlines. We’ll look good and there’s a promotion in it for you.”

If he read the evidence, he saw that it was hopeless. He may have had help from other Leftists who carefully excluded evidence and planted news stories, but he knew that at the root of this case was a simple question: if riots break out and the cops do nothing, can citizens be armed in the streets? If they can, they can defend themselves.

His attempt to intimidate Rittenhouse into a plea failed, so the ADA took it to court. When the witness flopped, the ADA facepalmed in front of everyone. A good lawyer will never do this, which means that this ADA was signaling to someone else. My guess is that he was sending word to his boss: “We tried everything we could, boss, but the witness blew it, or maybe he told us a different story before he got on the stand.”

This frees him up to go into that office on the Monday after the trial and say, “Well, I did my part; now how about that promotion?”

The facepalm was not there to signal to the jury, as it would be otherwise, but to signal to the boss and all the other Leftists that this ADA here has been a good soldier and did his best, but the random Antifa heroin addict looking guy on the stand (who actually looks like a taller Daniel Radcliffe) blew it for everyone. Pass the buck, in other words.

This tells us something significant about Leftists in 2021. Their cozy little arrangements are falling apart. Their internal discipline is fading. All of them are using dogmatic Leftism as a way of climbing the Deep State ladder — itself created by the administrative state, the fourth branch of government, consisting of three-letter agencies — and have no actual belief in any of it. Now that it is failing across the board, they are phoning in their performance, making excuses, and taking the promotions anyway.