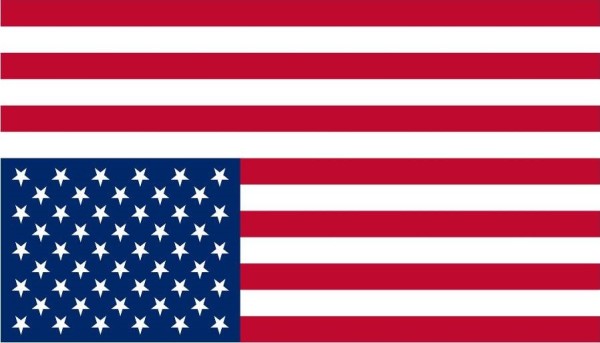 Pat Buchanan writes about the inevitability of an American breakup:

As President Donald Trump flew off for August at his Jersey club, there came word that Special Counsel Robert Mueller III had impaneled a grand jury and subpoenas were going out to Trump family and campaign associates.

The jurors will be drawn from a pool of citizens in a city Hillary Clinton swept with 91 percent of the vote. Trump got 4 percent.

Whatever indictments Mueller wants, Mueller gets.

In other words, the Left has finalized its attack: they seek to remove Donald Trump through whatever means they can, none of which will be really legal but with a lapdog media, who will know? Instead this will be another shadowy incident where the people in power destroyed anything which came to change their comfortable parasitic relationship.

As Buchanan points out, democracy always ends this way. People in groups make terrible decisions, and so even if we did not take The Bell Curve at face value and realize that most people will always vote foolishly because they lack the biological ability to do the thinking necessary to make decisions about complex issues, we recognize that democracy will inevitably self-destruct.

Whatever is popular wins, and among humans, what is popular is that which is individualistic. We are not yeast; we are individuals. However, individualism occurs when the individual prioritizes himself over the order and hierarchy existing in society, and by replacing that, creates a mob. This mob can then be manipulated, which makes those who are born manipulators into its new rulers.

On this blog, we talk quite a bit about balkanization, or what happens when the “diverse” society separates into different groups by ethnicity, race, caste, religion and political alignment. Like Rome, we will not be shattered so much as fail to hold together.

As Will Durant, the writer of the excellent The Story of Philosophy, reminds us, “A great civilization is not conquered from without until it has destroyed itself from within.” We destroy ourselves by being unable to cooperate toward a purpose, and so our only option is control or manipulate a herd, which produces corrupt leaders.

We The People are the problem because we agreed to all of this and, in the name of “everyone getting along” and “compromise,” we sacrifice any remaining purpose to the system itself. Our individual failings, including hubris or individualism, and our herd behaviors make us into an unruly mob, and that requires cynical manipulators to keep it in line, and not surprisingly, they are sociopathic.

And so the USA passes into oblivion. What do “Americans” have in common? Not much, and the most basic schism will be politics because the Left and Right want entirely different versions of the world. The Right wants social order, and the Left wants the individual to be King, which always results in an unruly mob, corrupt leaders and eventually, third world conditions.

When the manipulators, who by their nature as sociopaths are destroyers, win, it will signal the end of faith in democracy, Buchanan says:

The reaction will be one of bitterness, cynicism, despair, a sense that the fix is in, that no matter what we do, they will not let us win. If Trump is brought down, American democracy will take a pasting. It will be seen as a fraud. And the backlash will poison our politics to where only an attack from abroad, like 9/11, will reunite us.

However, as Samuel Huntington predicted, faith in democracy has already died, and people are just waiting to see if they can fix the problem without having to engage in conflict.

If Trump is prosecuted, much less brought down, the conditions for Civil War 2.0 will detonate. Our first Civil War never solved the fundamental conflict in America, which is those who want to live sanely versus those who want to make popularity rule us because that gives them the ability to live without standards, morals, culture or rules.

The North, in comparison to the South, and this is a relative measurement so the amount of difference is more important than how we see it from the present, was a Soviet empire of death. Cities filled with tenements, where people worked in mindless repetitive jobs, and the most important thing was to be accepting of equality, which back then meant ethnic equality with the Irish, Italians, Greeks, Jews and Poles.

The South exhibited the conditions of classic Indo-European culture: a social order with aristocracy and moral standards, a manor-based lifestyle where the best in society ruled officially or not, a strong code of honor and sense of purpose that allowed cooperation by the unequal. This offended the North, where everyone wanted to be “equal” more than they wanted to be good, right or realistic.

Since that time, we have replicated our classic civilization the best we could by fleeing to the suburbs and shutting out the horde. Then in the 1960s, that came under attack as the new Leftist popular wave supplanted the old Anglo-Saxon elite. The horde discovered that it could use “civil rights” to bash down any enclave and that no one would object for fear of being called racist.

That uneasy truce held while we had a common enemy in the Soviets, and while the fear of being too obviously Soviet kept the Left in check, but that condition no longer exists. As a result, the city people are coming for the suburbs just as they did in 1861. Under Clinton, Bush and Obama, they fundamentally changed America to be like a third-world country. Now they are going in for the kill.

As Buchanan asks, the question is, “What next?” One guess is that the dividing line will occur when people in service of government stop enforcing the decrees of government, allowing localities to balkanize and start keeping their wealth away from municipal, state and federal government coffers.

In the 1980s, Ronald Reagan revitalized America by stopping the Leftist surge that was destroying it from within. Donald Trump wanted to do the same, and for his troubles he has a gang styled after organized crime that wants to remove him so it can put its candidates back into power through the democratic force of the 53% of America who are tax-takers not tax-makers.

This places us at a crossroads where things are awfully bad. The Right wants to break away, but is unwilling to break away from structures like democracy and equality which have been shown to grow a bumper crop of neurotic, destructive Leftists in any nation. Their tendency is to hunker down, shout “work hard, pray hard” at Fox News on their screens, and then do nothing. But doing nothing is no longer an option.

As Google Fires Damore, The Left Loses Its Victimhood Card | His Name Was James Damore