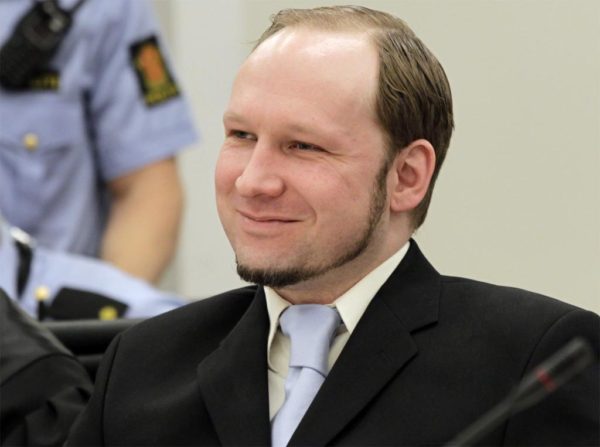 The old guy at the edge of town explained it to me this way, as he was whittling on a piece of pine. “Nature is like a fishing line, not a light switch. There is always tension to it. You cannot just force her to do what you want. You have to understand her, play out the line, give and take. Otherwise, if you push too hard, she lets you win for a time, and then there is a snap-back.”

We were talking about the clown who moved to one of the family farms to the north with the intention of growing purely organic kale. He had been organic, all right, but he also pushed too hard. He fertilized too much and watered too frequently, and tried to force the plants to be what he saw in his head. They rebelled by turning into what looked like mutant cabbages, and the crop was ruined just as he then was.

The pine bar dipped below the porch rail. His cold blue eyes were watching something. A cluster of people walked into town, except that they were evenly spaced, in uniform and moving at march pace. “That is what I am talking about. The snap-back. Now you best get on home, because Nature unleashed is a force worth reckoning with.”

The rest I reconstructed from the scant evidence we found the next day. Even with only fragmentary bits of the picture, it was easy to piece together because all of the actions were deliberate, like a fishing line arcing through history. There were no stop/start motions, only a continuity of force applied, and so even with only granular remains it was easy to see what had happened.

Our town was once a reasonably well-off place, not prosperous like New York but comfortable, with almost ten thousand people and two movie theaters. Then government had to mess with what had worked since the dawn of time. They taxed the heck out of the small farms at the same time it got more expensive because of insurance and all the rules they had to follow, so those folded. The half-dozen small manufacturers were next, because after OSHA, the unions, the taxman and the lawyers got done with them, it was easier to just import the stuff from China and sell it through an office in Simi Valley. Then half the people went on government aid, and many of them just gave up and dove into the shallow end of a bottle, or a pill bottle. Things were bad and that worried even the people who were making it just fine. These people were their friends and neighbors, dying out before their eyes. I did not know there was so much compassion in our town until the rage started building.

But Nature, she does move differently than human beings. Just like a fire can smolder for days and suddenly just about detonate, consuming everything in its path, the rage floated around. First it was the nervous statements by the white housewives in the grocery store line. Then their men were out there, walking around at night and talking to the pill zombies passed out behind Hutchinson’s Hardware. The story was always the same: hope went away, the aid checks came in, and then carpetbaggers from over the hills were there selling “medicine.” People started to talk favorably of the Old Testament God in their churches, and the statue of Jesus got tucked behind the floral display.

The march began on the bad end of town. This was where the cops winced before going. These guys, wearing crisp uniforms and sunglasses, went right in without pausing. I thought of the snap-back. It is a motion of momentum, of inertia displaced. Once it is triggered, it cannot really be stopped. And so it was.

His cashier, a guy who went only by the name Deez Nuts, approached the window. “Who are these guys, cops?” he said, then turned back to look, and his eyes grew even wider. Curt turned just in time to be hit in the face with a blast of pink mist, bone fragments scratching his skin. He staggered backward as the door crashed open. He had time to utter one surprised syllable, and then two more rounds from an MP5 shattered his skull as well, smashing the fragile chalice as the liquefied brain leaked onto the floor, his corpse slumping next to the eyeless Deez Nuts.

Uniformed bodies marched through the store. On an unseen signal, they uncapped the cans of gasoline and began to cover all of the magazines, movies, props, devices and finally the sticky rooms in the back where people watched movies for fifteen minutes at a time. At the rear of the building, two men disabled and drained the fire suppression system. One man passing the screening rooms heard a whimper, and turned as if to investigate, but his cohort stopped him a hand to the chest and a shake of the head. It is more merciful this way, he reflected.

The uniformed men marched out of the store, and one tossed in a burning rag as the door swung shut, then ducked aside for the inevitable explosion. Within seconds the entire building blazed. The marchers did not watch, but continued their passage through town. The payday loans shop was next, with each employee cut down as they turned to flee. That was another important principle: guilt transferred to all who participated, just as a tormented bull does not care if you held the whip or not, so long as you were there doing the moments of provocation and pain. At the welfare office, four government employees stared with empty eyes before small red marks appeared on their foreheads and they slumped forward, bathing their desks in a lavage of foaming blood and brain tissue.

Similarly the mega-church preacher, rumored to have his own brand of pills sold in the hills, gasped once before the back of his head exploded onto the altar, with shattered bits of fatty brain tissue running down the cross. He had been instrumental in preaching tolerance, peace and understanding as the rot progressed, and like all failures, he had rationalized this as progress and the moral higher ground. His church blazed in the night as well, his staff dying at the wheels of their cars in a hail of bullets.

Nail salons, liquor stores, massage parlors, fast food joints, doctors who wrote scrip, convenience stores, boutiques, a mosque and several bars went up next. The inhabitants thereof seemed unable to grasp what was happening to them, so they simply watched until it was too late to flee, and then ran in a futile gesture before being bashed down into insensibility by a rain of blunt bullets. Fire reflected in pools of blood dominated the afternoon.

Then the squads embarked on what they called The Purge. Their leader had a list of names, and there were check-marks next to the undesirables — the perverse, the criminal, the unethical, the selfish, the miscegenated, the mental health cases — and these were hauled from their homes or jobs and dispatched with bullets to the base of the skull. It was said that the town lost five hundred residents to killing, but another three thousand or so fled to the big city an hour away, knowing what was coming.

At the new dawn, normal people rose from their beds, often unaware of what had gone on. They found themselves in a town full of people that resembled the founding stock of America: hardy, resourceful, modest, thoughtful, reverent, realistic, heterosexual or quietly single, purposeful, and Western European. In the old junkyard south of town, a pyre made of aged timbers and fence posts blazed under the weight of a heap of bodies, but no one seemed to care.