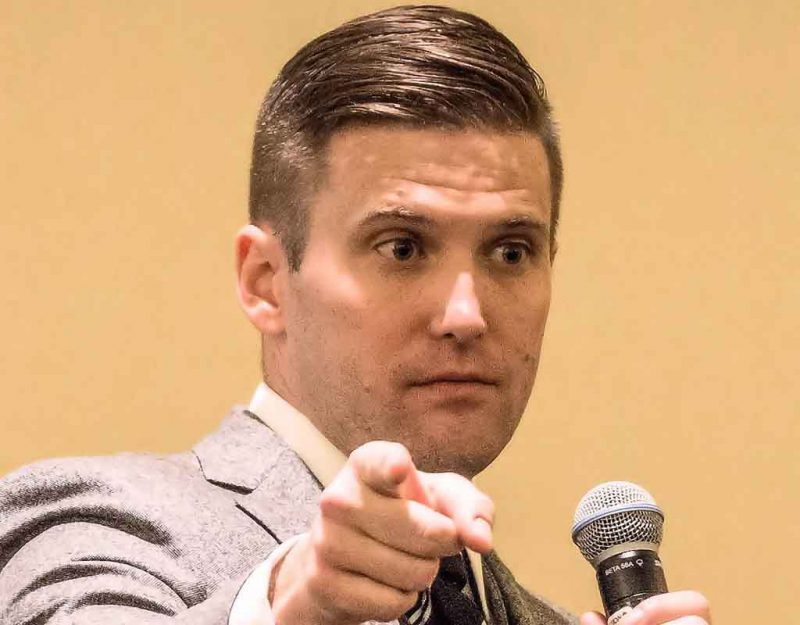 Richard Spencer has discovered competence. It’s said to mix like quinine with a shot of Victory Gin. He truly seems to admire the cut of Mayor Bill de Blasio’s jib.

I plan to vote for Biden and a straight democratic ticket. It’s not based on “accelerationism” or anything like that; the liberals are clearly more competent people.

I’m tempted to ask Mr. Spencer where said competence was in stark bas relief recently. It couldn’t have been Seattle, Portland, Chicago, New York, or virtually any other major city where all officials various and sundry have taken The Kaepernick Knee. Maybe he means the profound competence we see on display in Kenosha, WI. They’ve had quite the outbreak of that last night.

Independent reporters who were livestreaming the riot in Kenosha, Wisconsin, risked their lives to save a church from burning after arsonists targeted a car dealership next door. The Bradford Community Church, which was at risk of burning to the ground, is on the National Register of Historic Places.

Nope. Richard Spencer learned all about competence in Charlottesville, VA. He learned that lesson the way Enver Hoxha used to teach it. Jam that nightstick up Spencer’s butt a few times and he totally understands your competence. You can govern things the way Lori Lightfoot is currently running Chicago, as long as you’ve got that nightstick. Richard Spencer will proclaim your competence the way a broken Winston Smith blubbered his worshipful adoration for Big Brother.

What Spencer saw wasn’t competence. He saw terrorism, and learned that it works like Hell. 9-11 is how Osama Bin Laden changed and conquered Amerika. You’ll pay his ghost the dhimmitude the next time you miss your flight in the TSA Line. Read any recent spew from Mencius Cuckbug and you will see the same pattern. Brave revolutionaries are not very brave when cavalier attitudes meet round headed consequence. People like this are attention-slores, not true resistance.

So take that knee, pledge your leegence to da Murikan Peebles. Admire how much Pookie’s and Ray-Ray’s black lives totally matter, while their rigamarole arrest records don’t so much. Raise that glass of Victory Gin, and Richard Spencer will be right there to toast your great and abiding loyalty. He’s here to tell you that he’s not like one of those people over on the Alt-Right. He’s changed. He’s grown. He now loves the competence of Big Brother.

Blood Will Out (#2) | My Take On SpencerGate